Winter is just about leaving and that means it’s time for a new season of the hit HBO series, Game of Thrones. In fact, the show is such a hit that HBO has signed creator George R. R. Martin to a two year deal to help develop more series for them. As a Martin fan I’m all for that, but so far there’s not a lot of information on what George is planning to do as a result.

Which is where this column comes in. Speculation. On what form the series may take, looking at work by Martin (and others) that’s already out there.

Of course we can rule some things out right away. In an intriguing blog post Martin helpfully mentions that the TV rights to Sandkings, his SF novelette that won the Hugo and the Nebula, are not his. He also mentions that the rights to the Wild Cards series, a realistic shared-world superhero series that Martin edits, are tied up with Syfy and that Melinda Snodgrass has turned over a feature film script for that one. And Fevre Dream, his novel of vampires and riverboats, is targeted for a feature film.

So what does that leave? 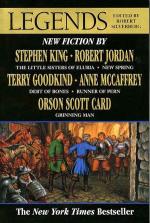 In that same article, Martin mentions that the Dunk & Egg series could work (covered here in this post). For those unfamiliar with these stories, they’re set in the same world as A Song of Ice and Fire/Game of Thrones, but take place decades before the events of the larger series. So far three novellas have been written, though Martin intends to continue writing more.

The novellas cover the titular Dunk (Ser Duncan) and the titular Egg (Aegon Targaryen) and their adventures in Westeros. The first story, "The Hedge Knight," appeared in the Legends anthology (edited by Robert Silverberg) with the follow-up, "The Sworn Sword" appearing in Legends II (also edited by Robert Silverberg). "The Mystery Knight", the third story, appeared in the Warriors anthology (edited by George R. R. Martin himself and Gardner Dozois). A fourth story is forthcoming as well. So far the stories haven't been collected (though you can count on that, probably after the next is released) but the first two have been adapted as graphic novels.

Likelihood: High. Fans can’t seem to get enough of stories set in Westeros and with the success of Game of Thrones, I can see HBO willing to put money into this. I’m sure they could even save some money by reusing sets and costumes. Also, since these are novellas and not locked into a novel series, there’s more freedom for the writers of the show to develop the series without worrying that it will diverge from Martin’s original vision. 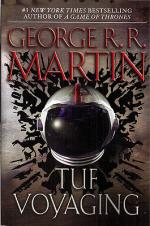 This was the original subject of the blog post linked above. This science fiction novel (really a collection of short stories) by Martin was recently re-released and Martin mentions that he would love to do it as a television series. The book’s protagonist is Tuf Haviland, a space trader, who ends up in charge of a seed ship and helps deal with the ecological and environmental problems of different planets.

Unfortunately, as Martin mentions in the post, the series would be expensive. He also mentions that his lead, Haviland Tuf, isn’t sexy in the vein of Captain Kirk or Malcolm Reynolds. Tuf is bald and overweight and, in Martin’s words, “a towering, hairless, fat, pompouse [sic] fellow who talks like Alfred Hitchcock and loves pussycats.”

Likelihood: Low. As Martin mentions, between the budget and the casting, it would already be in a difficult position and it’s not necessarily the kind of show I could see at HBO in particular. But you never know... 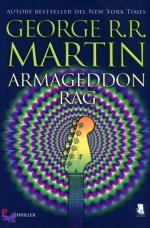 In many ways, The Armageddon Rag might make the most sense for a series on HBO. Its fantasy elements are very light compared to the rest of Martin’s work and it focuses on music and murder. Granted, the music scene in the book is based on the 60s, which could either be kept or updated.

Sandy Blair, the protagonist, is a music journalist who investigates the strange death of rock promoter, Jamie Lynch, who worked with the band, the Nazgul. As the mystery unfolds, the fantastical elements of the book are revealed.

I could easily see this as a series. Budget-wise it would be light, definitely. Also, the murder mystery element could easily unspool over a season. Future seasons could take the characters in different directions. I can even imagine stunt-casting with actual 60s musicians.

Likelihood: Medium. I think the subject matter would work really well for a series, but the material could be seen as dated without alteration and it’s not one of Martin’s better known works. 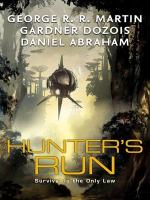 Hunter's Run isn't a Martin solo project but rather one that he co-wrote with frequent collaborators Gardner Dozois and Daniel Abraham. Hunter's Run is an expansion of a novella called Shadow Twin. It’s the story of Ramon Espejo, who kills a man in a bar fight and discovers aliens while hiding from the authorities. They capture him and send him after another human who discovered them and escaped, a process which helps him better understand the aliens as well as the man he is pursuing.

Likelihood: Low. Martin’s involvement is definitely there, and he’s not usually shy about including others in his projects (see Wild Cards), but this one has an even lower profile than his other works. And this was written over a thirty year period, with Daniel Abraham finishing the novella and expanding the novel. Martin’s attachment might not be the same as to some of his other work. 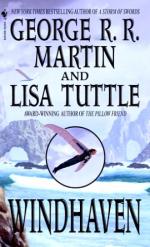 Another co-written project, this one with Lisa Tuttle, Windhaven is a collection of three novellas packaged together. The novel’s action takes place on the titular planet, Windhaven, where humans live, the descendants of humans who crash landed on the planet centuries before. As expected, the planet is very windy and some of the people, flyers, travel across society using gliding rigs.

The protagonist is Maris, a young girl at the beginning of the book, who encounters a flyer and begins a journey to fulfill her dream of becoming one as well. The novel deals with class issues and birthrights as Maris, a fisherman’s daughter, brings new ideas into the flyer social structure.

Likelihood: Medium. While it seems like this could be a good base for a television series, a backdrop against which a lot of stories could be told, I’m doubtful about them being able to capture the actual flying which is a big part of the tale. I know CGI is better these days, but I can’t help but think about cheesy flying scenes against a green screen backdrop. If they could get that right, though, and it wasn’t too expensive, it’s a maybe. 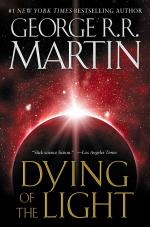 Dying of the Light

Martin's first novel, Dying of the Light, is set on a dying world. Dirk t’Larien is summoned to Worlorn, the abandoned, dying world, by an old love. When Dirk arrives, Gwen, his love, is living in the ruins of the planet, married to an alien. Why did she call him then? The relationships in this novel are not straightforward and it focuses more on them and the interactions between the characters than any great adventure.

Likelihood: Low. This was Martin’s first novel and while that doesn’t discount it, my gut just says no. It’s probably one of his least well-known works and doesn’t tingle my series-sense. 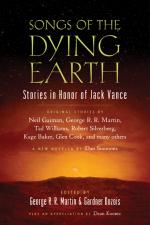 Of everything mentioned here, these stories aren't written at all by Martin. Jack Vance wrote the Dying Earth stories beginning back in the 50s, taking place in a far future where magic is once again a powerful force. He was a huge influence on Dungeons and Dragons and writers such as Gene Wolfe and, of course, George R. R. Martin. Martin once said:

“Jack Vance is the greatest living SF writer, in my opinion, and one of the few who is also a master of Fantasy. His The Dying Earth (1950) was one of the seminal books in the history of modern Fantasy, and I would rank him right up there with Tolkien, Dunsany, Leiber, and T.H. White as one of the fathers of the genre.”

In fact, Martin, along with Gardnew Dozois, edited a tribute anthology called Songs of the Dying Earth: Stories in Honor of Jack Vance and admits to trying to emulate Vance in his early work. I don’t think it’s entirely impossible that Martin would cast his eyes on Vance’s work to make a series. The nature of the books, essentially collections of stories, would seem to be easy material for a television series, though I don’t know the disposition of the rights.

Likelihood: Low. As much as I would like to see it happen, it would seem to be more complicated than Martin’s own work. And Vance’s world would require a healthy budget.

Of course Martin has written many more stories that could lead to a series. Not to mention the other science fiction and fantasy titles that he could bring to HBO’s attention. Are there any stories not mentioned that you think would serve? What would you like to see HBO develop next? To help you in thinking, here are two free George R. R. Martin stories online, and a sample chapter from the next book in A Song of Ice and Fire. And don’t forget to tune into the Season Three premiere of Game of Thrones on HBO on March 31st!

“...For a Single Yesterday” at Lightspeed Magazine

“The Way of Cross and Dragon” at Lightspeed Magazine

Excerpt from Winds of Winter

It's also worth noting that GRRM will be pitching historical dramas, and given his love of historical fiction I wouldn't be surprised if these would be adaptations of novels by other authors. GRRM has been bigging up Maurcie Druron's Accursed Kings series recently, so that could be one possibility. Another is Bernard Cornwell's Warlord Chronicles trilogy, a 'realistic' take on the legend of Arthur. I can see that being more likely, as HBO would seem to be a logical choice to have a crack at Arthur at some point (given Starz's recent high-profile failure) and the books' more realistic tone woud fit well for them. Cornwell also has good TV form, with his Sharpe series of novels being adapted into a series of TV movies in the 1990s which launched the career of Sean Bean.