Go Back to Boarding School With These 7 Young Adult Novels

September means back-to-school, and what better way to get in the scholastic spirit than with young adult novels set in boarding schools? These books all feature a lush boarding school setting, but the similarities end there. From edgy, limit-pushing main characters to sweet contemporary romances abroad, these books will get you in the mood for the classroom antics and educational pursuits that Fall inevitably brings. 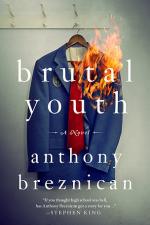 When incoming freshman Peter Davidek arrives for his first day at Saint Michael’s, tensions are already high at the private Catholic school known best for its enrollment of expelled delinquents and overtly religious students. After a tormented upperclassman snaps and goes on a rampage, violently attacking cruel students and corrupt faculty, everyone is on high alert. But this sense of unrest does nothing to stop the culture of hazing that has gone on for years at Saint Michael’s. Peter befriends fellow freshman Noah Stein, who bears the scars of a tough past, as well as the beautiful and desperate Lorelei Paskal, and the three navigate the uneasy halls where upperclassmen senselessly torment freshman and haze them with no respite. It soon becomes clear that nobody can be trusted, with even the closest of friends hiding secrets and turning on one another.

Brutal Youth has a little bit of something for everyone. There are friendships being tested, romances being forged and then thwarted, and corrupt faculty out for only themselves. Teens as well as older readers will identify with the spot-on emotions of adolescence, including feeling alone and misunderstood amongst peers, and will be riveted by the complex system of alliances and the underhanded motivations of the adults in this novel. 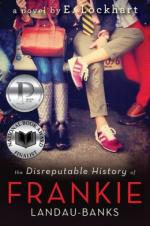 2. 'The Disreputable History of Frankie Landau-Banks' by E. Lockhart

When Frankie Landau-Banks returns to her prestigious boarding school for her sophomore year, she comes back with a newly knockout figure and a sharp tongue, all results of a summer of maturing and finding her place in the world. Right away she snags her dream boyfriend, the word-obsessed Matthew Livingston, and easily falls into his popular crowd of friends. But when she finds out Matthew is part of an all-male secret society shrouded in mystery, she just cannot bear to be left out. There are just too many secrets, too many lies, and so many pranks just waiting to be pulled. So Frankie takes over the situation and makes things happen. This book is the story of how Frankie became a possibly criminal mastermind.

This book is a wild ride, featuring secret societies, gender politics, and a lead character that is just plain sick of feeling left out. It is both highly political and wildly funny. With hijinks that could only happen away at boarding school and a delicious sense of revenge, readers will love Frankie Landau-Banks and her endless drive to come out on top. 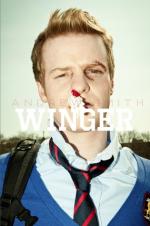 Meet Ryan Dean West, a fourteen-year-old junior at a boarding school for the rich in the Pacific Northwest. After an unfortunate occurrence, he finds himself rooming in Opportunity Hall, a dorm for troublemaker boys. Not only is he removed from the comfort of his regular dorm, but he’s also rooming with the biggest bully on the rugby team. Ryan Dean must navigate his time in school while nursing the immense crush he has on his best friend Annie, who for the most part sees him as a little boy. Ryan Dean spends his year coping with rivalries and pranks until the unthinkable happens, and he is forced to find out what’s most important.

This book is the ultimate in boarding school books, full of the crazy antics of teen boys and the revolving door of loyalties and rivalries that come along with it. The book is equal parts laugh out loud fun and tear-jerking heartache, with a delightful cast of characters and one exemplary main man hell bent on surviving. 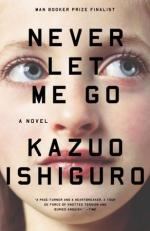 Kathy, Ruth, and Tommy grew up as students at Hailsham, an exclusive boarding school for special children secluded deep in the English countryside. The school itself was mysterious, with unusual rules and guardians who were constantly reminding their charges just how special they really were. Now, years later as a young woman, Kathy has been reunited with Ruth and Tommy and is looking back on their shared experiences at Hailsham in hopes of better understanding the circumstances that make them so special.

The story is atmospheric and almost a bit on the gothic side, and raises some important ethical questions if you’re interested in going there. But if you’re not, the narrative stands on its own as a deeply moving and entirely engrossing story. Although it is not straight-up Young Adult, it will appeal to a YA audience and is quiet appropriate for that age group. 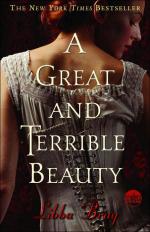 5. 'A Great and Terrible Beauty' by Libba Bray

Sixteen-year-old Gemma longs to flee her unconventional life living in India with her mother, but everything gets thrown into turmoil the day she foresees her mother’s death in a dark, swirling vision. Although she thought she’d always wanted to live in London, Gemma is less than thrilled to be shipped off to England where she is enrolled in an all girl’s academy with secrets in the halls. At the academy, Gemma finds herself enmeshed in a treacherous clique of unruly girls and that Kartik, a beautiful young man who warns Gemma that she must fight off her visions at all costs, has followed her from India. Gemma ignores Kartik’s warnings, only to discover that she is a link between worlds with devastating consequences.

This book is so full of beautiful! It’s got a gorgeous cover, lush writing, and a stunning sense of setting that will completely transport you to another time and place. It is also a wonderful mishmash of genres—part sumptuous historical fiction and part creepy ghost story, with a wonderful magical element woven throughout. 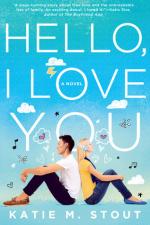 When Grace Wilde decides to attend boarding school in Korea, she’s pretty much just running away. Grace is eager to escape the reality of her daily life, from her record producer father and judgmental mother to her famous older brother who has topped the country music charts five years in a row. And when Grace decides to escape, she chooses the farthest place from home she can think of, hoping for a fresh start. Although Grace wants nothing to do with music, she is intrigued to find out that her new roommate’s twin brother Jason is a Korean pop star, and soon finds herself thrust back into the world of fame. What begins with animosity quickly turns to romance as the sparks fly between Grace and Jason. But will Grace’s feelings for Jason threaten her promise to leave the music world behind for good?

With an irresistible foreign boarding school setting, deep emotional conflict, and a swoon-worthy romance, this book is an intriguing trip across the ocean. Readers will love the Korean setting and the fun backdrop of KPOP music. 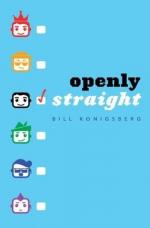 Rafe comes from a super supportive Colorado community where he regularly speaks at high schools about being gay, and his mother is the president of PFLAG (Parents, Families, & Friends of Lesbians and Gays). That’s all fine and great, but Rafe is sick and tired of being the gay guy. He’s tired of the label that he feels defines his entire life. In order to finally escape the label of gay, he ships off to an all-boys boarding school in New England, where he isn’t so much going back in the closet as he is quietly omitting the real truth about his sexuality and starting over fresh. But what’s a boy to do when a well-meaning teacher pushes him to find his personal truth and Rafe starts to have feelings for a certain special classmate?

In this delightful boarding school novel, Rafe comes of age and finds his true self despite of the labels he feels define him. With a wonderful cast of secondary characters and a sumptuous boarding school setting, this book will bring you joy.

There’s a boarding school book for every book taste! What's your favorite?