Thanksgiving means something different to everybody. To some people, it’s truly a time to take account of everything good in their life. Other people, they dread it, the day brings nothing but bad memories. And a lot of people don’t think twice about it. It’s just another day on the calendar, another twenty-four hours ticked off our forever-diminishing lifespans. Plus, you know, it’s a day that celebrates genocide, but good luck finding that in your kid’s history book.

Last month, the internet went hog-wild with Halloween-themed book recommendations. Next month, you’ll notice countless listicles about Christmas books. This month, though? Tumbleweeds. Turkeyweeds? (Like, giant turkeys blowing down the street along with the wind? I mean, I’m not saying this happens, but I’m not saying it doesn’t happen either. I’m no turkey expert.)

Truth be told, I wouldn’t have even noticed this severe lack of Thanksgiving books if not for a series of voicemails I received the other day from my editor at LitReactor: Joshua Chaplinsky.

For context, I will now transcribe all five messages below:

Call #1 (1:34 A.M.): Max! Josh here. I was just sitting in my office, sipping on some bourbon, shopping for turkeys on eBay, and an idea suddenly hit me. Now, maybe I’m crazy, but also? Maybe I’m a genius. Why aren’t there any Thanksgiving books? Like, there’s a bunch about Christmas, right? And you can’t walk down the street in October without getting pegged by a Halloween-themed book. So where are all the Thanksgiving ones? Anyway. Something to think about. Love you.

Call #2 (1:47 A.M.): Okay, so I’ve been thinking about this some more and it’s starting to seriously freak me out. I mean, there has to be Thanksgiving books, right? It would be weird if there weren’t. Please call me back. Thanks. Love you.

Call #3 (2:09 A.M.): I just Googled “thanksgiving books” and, uh...okay...don’t freak out, but after I clicked search, the only thing that came up was a picture, of you and me. Remember that selfie we took at that Trapt concert? That’s what I’m looking at, right now, as I leave this message. What the fuck. What the fuck? What the fuck! Love you.

Call #4 (2:11 A.M.): Okay, false alarm. Turns out I had accidentally exited out of my browser and was just looking at my desktop wallpaper. So, I Googled “Thanksgiving books” again and I’m only seeing a bunch of recipe books. None of this is making any sense. Have I uncovered some kind of insane conspiracy? Please call me back. Actually, scratch that. Don’t contact me again until you’ve delivered a new article about Thanksgiving literature. Let’s call it Turkey Lit. I want it on my desk by Wednesday, the day before Thanksgiving. You know how I love it when you turn in an article the morning it’s supposed to be published. It’s my biggest fetish. Okay, thanks. Love you.

Call #5 (2:13 A.M.): Just noticed Trapt has a new tour coming up. What do you think? No pressure but I’m sure they’ll sell out almost immediately. Let me know! Okay, talk later. Love you.

Most people don’t realize this, but most of my LitReactor articles actually originate from drunken editorial phone calls in the middle of the night. I have learned to never, ever answer my phone. Oh, and fun fact: Joshua Chaplinsky ends all telephone calls with “Love you”, regardless of who’s on the other line. I once heard him order a pizza the same way. Also? Chaplinsky’s probably the biggest Trapt fan I’ve ever met. It’s kinda adorable.

Thanksgiving is a day to fight. If you aren’t shoving your sibling’s face into a dead turkey’s rotten asshole, you aren’t celebrating the day properly.

But enough. I take my job very seriously, and if LitReactor wants an article on Turkey Lit, then by god that’s what I’m gonna give them.

Before I could explore what kind of books would fall under the Turkey Lit category, I first had to take a moment and decide what this holiday even meant to me, if anything. I thought back to all of my childhood Thanksgivings, and only one really stood out as eventful. Maybe I’ve just blissfully blacked out the others. Maybe the government successfully erased those sections of my memory. It’s hard to say. Either way, the Thanksgiving memory I do recollect goes like this:

Thanksgiving, late afternoon, I’m nine, ten, who knows? My mom and older brother are arguing in the living room about something, about nothing, the cause of the fight doesn’t matter. They’re always fighting. It’s what my family does best. If they made an Olympic event for arguing, our family would have been disqualified for steroid use. Start off with some simple yelling, progress into throwing things—anything, whatever’s within reach—spiral into pushing, slapping, spitting, and end with someone storming out of the house. Ta-da. My mom throws a spoon at my brother, then a random box of cereal. He screams back something like, “Throw me some milk and a bowl and I’ll make some goddamn breakfast!” She flings a remote at him instead and slams him against a mirror. During this encounter, I sit numbly on a chair reading a book. My dad stands up from his computer and silently walks outside. My mom and brother continue arguing. Then, suddenly: WHACK. Our giant picture window in the living room cracks. Makes a hole like a bullet. Everybody stops fighting and slowly ventures outside to investigate. We find my dad standing in the front yard, smoking his pipe, and pointing at the house.

“What the hell was that?” my mom asks.

Long silence, then my mom says, “What the fuck?”

And my dad points at us again. “I just didn’t want you to break my computer.”

Another long silence, us staring at the cracked window, then back at my dad, then the window again. We all burst out laughing. “Come on,” my mom eventually says, “let’s eat dinner.”

When I really contemplate the concept of Turkey Lit, I boil the genre down to this: the story must involve a family who’s sort of drifted apart, and for whatever reason they now have to regroup; arguments ensue; at one point, they also share a meal together. It doesn’t necessarily have to take place during Thanksgiving. What’s important is the family factor, the theme of dysfunction. Maybe you grew up with a family who never fought. Good for you. Nobody cares. Thanksgiving is a day to fight. If you aren’t shoving your sibling’s face into a dead turkey’s rotten asshole, you aren’t celebrating the day properly.

So, with that said, what are some good examples of Turkey Lit? 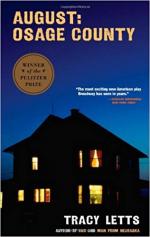 First thing that comes to mind is a play, actually. Tracy Letts is easily one of my favorite playwrights, and August: Osage County might be my second favorite of his works (with Bug hitting the #1 spot, obviously). In August: Osage County, a poet commits suicide and his estranged family returns to their home to attend his funeral. These fucking people hate each other, and it’s never more beautiful than toward the end of Act II, during a very intense dinner scene that concludes with one of the daughters beating the shit out of their drug-addicted mother. The film adaptation is also amazing and I cannot recommend it enough. 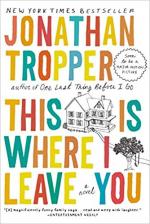 "This Is Where I Leave You" by Jonathan Tropper

In Turkey Lit, something needs to bring the family back together, and what’s a better reason to see a bunch of people you hate than the death of a relative? You’ll find this particular trope quite a bit, such as in Jonathan Tropper’s This is Where I Leave You. And sometimes, the death of someone totally unrelated to the family will bring them together. Take Gillian Flynn’s Sharp Objects, for example. Maybe not a book you’d immediately connect with Turkey Lit, but it does indeed involve a woman going back to her hometown and reconnecting with her terrible family. They even share disastrous meals together! Sharp Objects without a doubt portrays one of the Worst Moms ever published, and the novel is perfect to read on Thanksgiving day instead of spending time with your actual family. 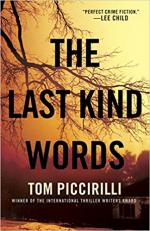 Another example of classic Turkey Lit comes from the late Tom Piccirilli. His 2012 novel, The Last Kind Words, digs deep into what it means to originate from a truly dysfunctional family. Hailing from a clan of small-time thieves, Terrier Rand returns home to crack a murder mystery that might free his brother from prison after years already behind bars. The Rand family is fascinating and beyond fucked-up and I kind of want them to adopt me. 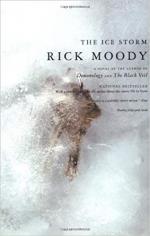 "The Ice Storm" by Rick Moody

There is also Rick Moody’s The Ice Storm, which—unlike most other examples in this article—actually takes place during Thanksgiving weekend. However, it does not feature several members of a family returning home from various spots around the country, which so far has been the main criteria to qualify as Turkey Lit. Regardless, I still feel the need to include it, seeing as, yes, it takes place on Thanksgiving, and it also takes ample advantage of the dysfunctional family trope. 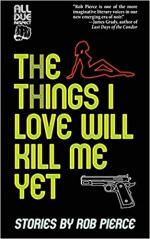 One more title I feel obligated to bring up is a short story by Rob Pierce titled “Thanksgiving, 1963”. It was actually the first thing to spring to mind after listening to my editor’s voice messages. Taking place the week before Thanksgiving, everybody in Dallas is celebrating: the President of the United States of America is coming to town! What could possibly go wrong? “Thanksgiving, 1963” remains one of my favorite short stories of all time. I don’t want to reveal too much more about it, but I hope you pick it up in his collection, The Things I Love Will Kill Me Yet. It’s less about a dysfunctional family than it is a dysfunctional country, and it kills me every time I read it.

I admit I don’t have a ton of examples of this genre, but the ones I have provided are pretty solid as far as introductions go. If we were talking just movies, I could write you up a ten-thousand-word article listing a ton of great Turkey Flicks. But restricting it to literature has proven a little bit more difficult than I'd hoped. So, please, help yourself: in the comments below, make some recommendations. I would also love to read some of your own Thanksgiving memories, so feel free to drop some of those below, too.

Examine the history of genre hybridization, explore the challenges of writing narratives that utilize seemingly disparate genre elements, and analyze how such releases are being marketed today.