Back in the early 2000’s, it was all the rage. Frats, sororities, clubs, and various karaoke bars would regularly host “80's” nights where they encouraged their guests to dress in neon garb, pop their collective collars, and style their hair with enough Aquanet to burn another hole in the ozone. People loved it. They considered the 80’s to be a simpler time; a time of bad fashion, even worse music, and a President suffering from early onset Alzheimer’s. During this thankfully brief period, no one bothered mentioning all of the not so simple 80’s. They never mentioned crack, the Median cartel, the first housing crisis, or living with the constant specter of nuclear annihilation.

And they sure as hell didn’t mention Satanic Panic.

For those of you who’ve never heard the reference before, I encourage you to jump on Amazon Prime and check out the television show Unsolved Mysteries. If you’ve never seen it, you’re in for a treat. The show was hosted by Robert Stack and it was an early precursor to reality based television. It featured stories about alien close encounters, Bigfoot, and the usual array of hauntings and myths. They also spotlighted unsolved murders and other serious crimes. (You fans of Forensic Files will get a kick out of it, too. Mostly because of how bone headed and crooked law enforcement was back in the 80’s. Seriously, we’ve come a long way when it comes to criminal investigation; we were like fucking cavemen back in the 80’s.) If you watch the first couple of seasons of the show, you’ll notice a trend in virtually every segment involving a disappearance or murder. That trend was making sure to blame the murder on the work of a possible Satanic cult.

Yeah, Satan was HUGE back in the 80’s. Most of America was scared shitless of heavy metal (particularly Metallica for some reason?) and its millions of long haired, head-banging fans. Most Americans thought anyone who was listening to this high-octane garbage was inviting the devil into their homes. And once Beelzebub was kicking back in your living room drinking all the beer and monopolizing the television, there was a better chance than not everyone in the house would be committing human sacrifice and drinking the blood of babies on a daily basis.

I know what you’re thinking, how the fuck could people believe this kind of shit? Well, considering that nearly 90% of Americans at the time believed in both god and the devil, and we only had three major media outlets, all of which were pretty much nothing but state run television. They created the narrative, and we swallowed it whole and gagged on it.

There’s a small handful of novels that have tackled this ugly, superstitious period in our recent history, and to put it bluntly, the three books I’ll be spotlighting depict these events with such clarity and honesty that they could act as histories of the deep-set paranoia and web of lies Satanic Panic actually was. 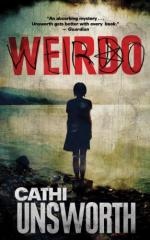 This UK novel (yes, England also experienced wide-spread Satanic Panic, but it was largely associated with punk and a plethora of moody goths such as the Smiths and the Cure) ranks not only as one of the best novels of Satanic Panic, but as one of the best British crime novels of the last twenty years. The story of the conviction of Corinne Woodrow for the ritualistic murder of one of her classmates is a multi-layered narrative of paranoia and long buried secrets. Unsworth masterfully weaves dozens of characters and multiple timelines, creating a near claustrophobic sense of dread on every page. Her sense of place and history are firmly on display as she depicts the events leading up to and after the murder. Part detective procedural and paranoid thriller, Weirdo easily ranks alongside such historical crime novels such as Peace’s 1974 and Ellroy’s L.A. Confidential. What’s most surprising about Weirdo is its intense emotional impact. It’s a living history of how truly barbaric we were as a culture and of how quickly we jumped to conclusions no matter how ludicrous those conclusions were. 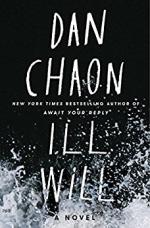 'Ill Will' by Dan Chaon

I reviewed Ill Will last month, so I’m not going to go too hard into the plot. But what I found most striking about Chaon’s latest novel is how he portrayed false, or “implanted” memories. This was another pseudo-science which emerged in the 80’s during the early days of the McMartin pre-school trial. For Chaon’s characters, most of the memories of the night of their parents' murders are manufactured, yet these children manage to convince their minds that they had witnessed what they did: ritualistic, bloody killings. And the children aren’t entirely to blame for these memories. As a police/media narrative around the killings begins to take shape, it becomes reality. Repressed memory therapy is perhaps the most frightening “science” to come out of the 80’s, and Chaon perfectly examines this fault filled form of hypnosis. Once again, folks, Ill Will is the best American novel I’ve read this year. 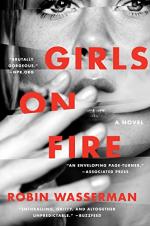 'Girls On Fire' by Robin Wasserman

This book by YA novelist Wasserman (by the way, this is most definitely not a YA, so don’t be giving it to your 12-year-old niece for her birthday) takes place at the tail end of Satanic Panic in 1991, where drug fueled grunge was slowly but surely replacing metal as the evil music of its time. What Girls On Fire demonstrates best is the fear of the “other”; the dangerous alien in our midst who dresses all in black, and most likely does drugs and drinks while hanging out at the local graveyard. The dread filled xenophobia of this novel is quintessentially American in every way. We’ve always feared those who are different than us, particularly those who don’t conform to religious and economic community standards. Girls On Fire is a story of transformation and the so-called danger of marching to your own beat, something which doomed the West Memphis Three to a lifetime of incarceration and attempting to prove their innocence.

I find this period in our history equally fascinating and infuriating, and I would love to read more about it. What are some of your favorite books about Satanic Panic? And I mean histories, testimonials, the whole range of weirdness. Let me know down in the comments.

My Best Friend's Exorcism ​by Grady Hendrix is a great novel that is set brilliantly in the 80's amid the Satanic Panic.  It's a great read.  Thanks for these suggestions, they're now in my Amazon 'To-read' list, which is ever-expanding.  So many books, so little time!

I'm just going to put Slayer on and relive the glory days.

Joshua Chaplinsky from New York is reading a lot more during the quarantine April 12, 2017 - 5:37am

I'd recommend non-fic book Remembering Satan, by Lawrence Wright (Going Clear). It takes a look at one of the big cases from the 80s, where whole families were inventing repressed memories and admitting to crimes that never happened. Insane. They recently made a shitty horror movie based on it, with Hermione from Harry Potter, directed by the guy who made The Others.

Also, I own a 4 hour Christian documentary about the evils of heavy metal music called Hell's Bells. It is amazing.

Hell's Bells is 80's heavy metal gold! I remember watching it in Sunday School and instead of being terrified of Satan's wrath, we were taking notes on which bands we should listen too. Ozzy? Check. Maiden? Check. AC/DC? On it!

The trouble with writing off the whole so-called 'Satanic Panic' is that False Memory Syndrome itself has been debunked, whilst Repressed Memories have in fact lead to some very serious prosecustions. My friend Pat Mills writes about it here:

Furthermore, here in the UK at least, we have seen a string of busts for organized ritual child abuse, with several crimes dating back as far as the 1970s. I used to be a high profile occultist until I discovered such things really had been going on. My own family were involved in the cult of Colin Batley, the UK's first proven case of a large cult abusing and brainwashing children. Like it ot not these things really do happen and there are real life victims.

Further information is available here in my text BEAST WING 666:

A lot of misinformation has been spread, such as that the allegations of Satanic Ritual Abuse against Jimmy Savile hae been discredited - when in fact all that has happened is that they have been ridiculed in the media. Similarly with the allegations against Ted Heath; as is shown in this message from Mike Veal, investigating officer of Wiltshire Police, these allegations remain a live line of enquiry.