Here’s to Alcohol: A Ranking of Literary Cocktails

Literary cocktail books have mutated into their own subgenre, or so it seems. At some point in the haze of past birthdays, I was gifted a copy of Tequila Mockingbird by Tim Federle. Before this article, I had not made one drink from it in about five years. Not out of any animosity towards Mr. Federle, you understand. It's just that the last time I tried to make a cocktail, I sliced the top of my left thumb off while cutting a blood orange and the emergency room attendants kept trying to make the injury into a pun. But perhaps it’s time to get over my fears of cocktails and puns. The options for literary inspired cocktails are surprisingly versatile. You might pick up Gin Austen or Shakespeare, Not Stirred or Olive or Twist. Did I mention there would be a lot of puns? There are books dedicated to the cocktails that inspired great literature, and guides to Dorothy Parker’s favorite Jazz Age tipples. Summer weather is the perfect excuse to select five literary cocktail recipes and rank them each from nauseating to inspired. As the internet tells me William Faulkner once said, "Civilization begins with distillation." 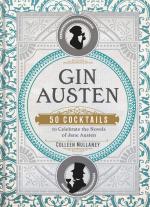 I picked the titular cocktail from Gin Austen: 50 Cocktails to Celebrate the Novels of Jane Austen. It uses gin (naturally), rosé, sage, lemon and bitters to create a slightly tart beverage. Being no professional in any kind of food or beverage preparation, I may have added just a bit too much lemon, combined with using a low quality rosé. I was pleasantly surprised by how much the sage comes through. I also had to use standard aromatic bitters since I couldn’t find any orange flavored bitters as called for by Mullaney's recipe. But I paired the drink with crackers and cranberry goat cheese, which really evened out the taste and made it less sour and more enjoyable. Another caveat, I’ve never been a huge fan of gin. On the second round, I reduced the amount of lemon and upped the amount of bitters in the mix for a more pleasant result.

Get Gin Austen at Bookshop or Amazon 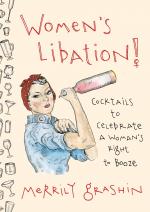 Women's Libation!, if you haven't guessed already, focuses on cocktails that celebrate feminist icons. This includes quite a few literary greats, such as Dickinson, but also 'Margarita Atwood' and 'Anne Sexton the Beach.' The Whiskey Cranberry Smash modeled for Dickinson was tasty, but I couldn't really find the cranberry (maybe I didn't muddle for long enough). It's also probably more of a fall drink, but pleasant enough in any season. There was an attempt on Grashin's part to tie the cranberry component to Massachusetts, where Dickinson was from, but I think we have to face facts that this is more of a beverage for people who enjoy a Whiskey Cranberry Smash than avid fans of Dickinson's poetic works. Not saying there can't be overlap, of course.

Get Women's Libation! at Bookshop or Amazon 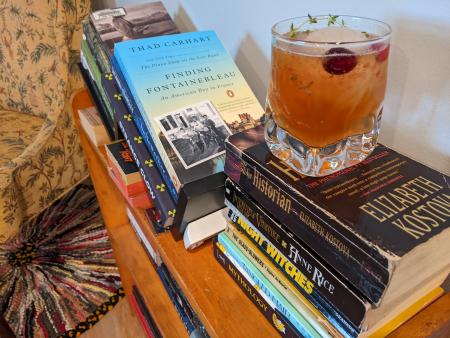 Photo by the author of Emily Drink-inson 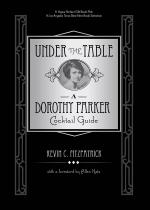 The Acerbic Mrs. Parker from "Under the Table: A Dorothy Parker Cocktail Guide" by Kevin C. Fitzpatrick

Dorothy Parker was a woman who, when told that President Coolidge had died, replied, "How can you tell?" It shouldn't really surprise anyone who's encountered her candid quips that this was a woman who liked a drink, and made up rhymes about it. Under the Table is not just a cocktail guide, it's also an enjoyable jump back through time to the Algonquin Round Table and popular culture in the 1920s and '30s. The Acerbic Mrs. Parker has its own history outlined, as does every beverage included. If you're fascinated by the Roaring Twenties, this is the cocktail book for you. Unfortunately, my pantry wasn't quite up to some of the vintage recipes, and I've bookmarked quite a few for later. If you decided to give Gin Austen a try, however, you should already have most of the ingredients for the Acerbic Mrs. Parker.

Get Under the Table at Bookshop or Amazon 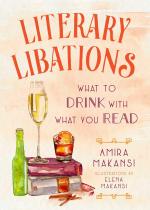 Something I felt Literary Libations: What to Drink with What You Read got right was not to pretend to be reinventing the wheel by creating new names for existing cocktails, but to come up with literary pairings. It's a simple but effective idea. After all, what could possibly go better with a reading of Wuthering Heights than a brandy hot toddy, or an absinthe with your Kafka? A perfect book to keep on your shelf for a little guidance on what to read next, plus some extra enticement in the form of what you'll enjoy while you're reading it.

Get Literary Libations at Bookshop or Amazon 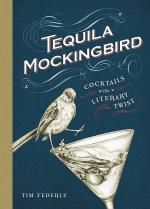 A Midsummer Night’s Beam from "Tequila Mockingbird" by Tim Federle

And now we get to Mr. Federle, whose book seems to be a perennial favorite for the front table at independent bookstores and gift shops. I didn't own the correct highball glasses to make my Shakespeare-themed mint julep prettier, but honestly, it was a really pleasant drink that was easy to make, refreshing on a summer evening and would be absolutely perfect before a Shakespeare in the Park performance. The name is really just a pun with no real connection to the Bard that I can think of, but the simple and satisfying cocktail gets an A+.

Get Tequila Mockingbird at Bookshop or Amazon

There are so many titles out there to try; I didn't even get around to Tequila Mockingbird's sequel, Are You There God? It's Me, Margarita. But at least all of my fingers are intact, even if I have definitely over-imbibed on the puns. Do you have a favorite literary libation? If so, please share it with us in the comments.

Between the Devil and the Deep Blue Sea: 10 Dark Nautical Novels

Here’s to Alcohol: A Ranking of Literary Cocktails

I have been following you for a long time and I really find your post very interesting, thank you very much. Do you want to try spades online? It will make you addicted

I have been following you for a long time and I really find your post very interesting, thank you very much. Do you want to try spades online? It will make you addicted

I was quite impacted by what you wrote. I've gained fresh knowledge. friday night funkin

Do you ever end up with an excessive amount of free time and never sufficient to do? Nicely, wordle online might help. This easy however enjoyable sport connects you with different people who find themselves feeling idle as nicely. All you need to do is sort a 5 letters phrase then press Enter. So, what are you ready for? Get able to benefit from the enjoyable! Wordle has been making a mark within the puzzle sport business. Now you may see everyone seems to be speaking about right now's key phrase, everyone seems to be interested in tomorrow's key phrase. Wordle is just engaging sufficient for everybody.

You should also participate in wordle unlimited, one of the most exciting games out there.