How Harlan Ellison's 'Watching' Predicted Film Twitter, or Why Film Criticism Will Save the World

Known for novels, short stories and screenplays, Harlan Ellison also worked as a film critic. Writing for Cinema Magazine, the Los Angeles Free Press, Starlog and The Magazine of Fantasy and Science Fiction, he built a contrarian reputation, panning such classics as 2001: A Space Odyssey and Star Wars while propping up novelties like Big Trouble in Little China. His writings over two decades, collected in 1989 as Watching, presciently anticipate “Film Twitter”. That is, the swirling mass of film critics and their followers on Twitter.

Ellison’s contrast of old school print critics versus television critics is a cautionary tale against the clickbait that is modern online film journalism, and anti-intellectualist commentators that consume and rebuff said material. What the modern reader can learn from his warnings is that film and by extension film criticism can save the world by supplanting an alpha dog mentality with empathy.

The "problem with film criticism" is, he says, "movies (and by extension, television) are so damned accessible—they are the common denominator art forms of the masse, as pulp magazines and radio dramas were before them—they lie naked to the attentions of both the wise and the foolish." Ellison believes there is nothing wrong with passing on an opinion, but a professional film critic requires standards. There should be industry experience, or barring that an educational background, or barring that literacy of bonafides such as Pauline Kael, Molly Haskell and David Denby.

Somewhere along the way film criticism, and the readership's engagement with it, lost its way. The Internet certainly helped...

He calls out Educationists, “a certain kind of academic” operating under “publish-or-perish” parameters that apply their isms in search of the next dissertation; students, who “also feel entitled to pontificate, unfortunately employing the arcane jingoisms and semiotically-convoluted rationales they’d picked up from bloodless instructors unconsciously determined to leach every last morsel of pleasure from the act of filmgoing”; and TV personalities, those “handmaidens of hype” from Entertainment Tonight and others reduced to hucksterism for ratings. What Ellison is describing is Film Twitter, only it’s much worse than he imagined.

The atmosphere today is occupied by something like this: the hot takers, the impassioned layman and the listers, with overlap in-between. Analogous with the Educationist, the student and the television huckster, what’s changed is the Internet’s democratization of information, allowing everyone a voice. Those blurred lines also mean that all three, more than ever, are attracted to the “killer review”.

Hot takes are a “piece of deliberately provocative commentary that is based almost entirely on shallow moralizing,” according to a 2015 The New Republic article by Elspeth Reeve, that is “usually written on tight deadlines with little research or reporting, and even less thought”. That sounds exactly like Ellison’s target. This isn’t a jab at Social Justice Warriors, either. Those that stand up for progressive representation are fighting the good fight. But those that hurl accusations in antagonistic think pieces seek only the adulation of back-patting peers.

The impassioned layman comes in two categories: the blogger type with a platform and those that take to the comments, whether Disqus, Facebook or Twitter, with sword in hand attempting to tame a chaotic universe. Whereas the hot taker probably has education, a degree in film or cultural studies, the impassioned layman blogged in those halcyon days concerned only with the riddle of “badass” and “epic”. As print journalists and scholars moved online, however, a demarcation left the layman waning, so he retreated to judiciously point out the typos and bias of the commentariat.

The sad byproduct, distilled to its most puerile form, is the lister. “The escalating numbers reflect a new reality for monthly magazines” reveals Katharine Q. Seelye in her 2010 The New York Times article “Lurid Numbers on Glossy Pages! (Magazines Exploit What Sells),” with everything top 10 like rabid Rob Gordons, or random numbers drawing the eye with bewitching quirkiness. The Internet, ironically, picked up that tack, and now everything is boxed, translating qualitative enjoyment into easy-to-digest hermetic quantity without perspective.

How did it get this way, and what is the alternative? Ellison presents a background for print film criticism that is not surprisingly reminiscent of the rise of Internet film criticism. If the latter starts with Harry Knowles’s Ain’t It Cool News and culminates with the shuttering of The Dissolve last year, then both have parallel roots in amateurism.

Movies are a new art form, comparatively, springing from the dawn of the 20th century, and criticism of the medium was not a glamorous job at first. Stringers like “[a] local lady who assembled the village bulletin board listings, or who held Great Books sessions,” Ellison explains, “would be assigned to report on whatever the town’s lone moviehouse was playing this week,” and they usually weren’t even paid. 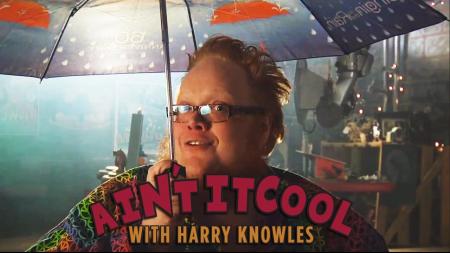 This is, of course, comparable to Knowles who, appropriately enough, at the end of the 20th century started reviewing movies with nothing but enthusiasm and a lifetime of knowledge. Knowles and his brethren (like Drew McWeeny, now of HitFix), weren’t inside the beltway, but had access to readers that dwarfed even those print critics in syndication. But Knowles's rise paralleled the downfall of print that brought pros online who now resort to Yellow Journalism and shock-and-awe tactics that render labels ephemeral.

In the end, forcing one’s opinion is about control and dominance. Filmmaking on a purely technical level is objective, but there’s always the question of contextual intent (were actors directed to perform “badly” with a point in mind, for instance), and the response to that objectivity is subjective. Entertainment is entertainment, and there is always a barrier in communicating that inner aspect. Some resort to simple agreement with “that was awesome”, but because human nature, amplified by the ubiquity of the Internet, is to one-up, there must be ranking and evidence provided for why some lark is better than another. Preferring Captain America: The Winter Soldier over Guardians of the Galaxy is not only wrong, it can be disproven by ranking!

Listing is a natural compulsion because preference is hard to elucidate, and it’s easier to do the “killer review”. Per Ellison, “The critic can only go huzzah and huzzah so many times,” without giving away plot twists or great lines, “because beyond a certain point it becomes dangerous and boring, and then dangerously counterproductive.” So a critic digs in their heels and goes negative, because “One can be infinitely more entertaining when savaging the unworthy, the cupidic, the inept, the dishonest.” But this is also a man that hates Star Wars, Spaceballs and Gremlins, so mileage may vary.

Furthermore, a constantly negative critic loses the audience’s favor. Ellison sums it up as “the short memory of the reader comes to expect savagery and fulmination” as “[o]nly the violence retains the color of passion in a reader’s memory.” This is where Armond White or Devin Faraci find resistance, however undeserved, especially with the Internet’s long memory. “The critic is perceived as just meanspirited; bitterness for the sake of cleverness” sums up just about every modern critic’s relationship with their readers. 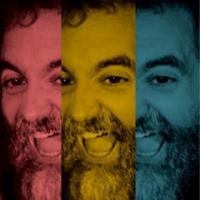 So what’s the solution? Well, first of all, those that would criticize film should come from a place of love, and trust film on its own terms with “a large measure of innocence; a large measure of I’ll sit here, you just do it to me”, as Ellison eloquently sums up. Don’t view film as a diversion or a roller coaster, but as a competent art form. And secondly, understand that film criticism can save the world.

At first glance that’s a statement with delusions of grandeur, but it’s absolutely true. Because of the aforementioned accessibility, that both the high and low watch movies, it is the art form that will be experienced the most. And art can and should be an empathy machine.

The hard truth is that the world has problems. Hunger, war, world peace, these are things that cannot be solved on a macro scale. People can’t be changed; they have to want to change. The nihilist, consequently, presents the catch-22 that macro problems are more important than micro problems, but macro problems cannot be solved, so any action is futile. Therein is the brick wall of apathy.

The answer is because micro problems can be solved they are pragmatically important, and tackling micro problems will result in macro problems solving themselves. And how to do that is to get people to care. To get people to care they have to walk in someone else’s shoes and stories do that. A cisgendered, heteronormative, upper-middle class white man will never be, and may never meet, an African-American transgendered prostitute, but watching Tangerine allows them a glimpse into that world.

As Ellison nails in his review of Star Wars, movies should teach something about the human condition:

When I was a child, I learned from movies. I learned that you never screw a friend, never snooker him or her behind the eight ball; I learned that systems and governments intended to serve human needs frequently spend their time maintaining themselves in power to the anguish of the people; I learned that Hemingway had a workable definition when he said guts was grace under pressure; I learned about what was in store for me when I became an adult. All of these I learned without realizing I was being taught, because even those sappy, illogical flicks of the ‘40s and ‘50s had people in them.

In that way we not only learn lessons on a conscious level, but are affected on a subconscious level. Without even knowing it, we’re relating to and seeing through the eyes of others, and our actions will be influenced accordingly.

Critics help understand movies by bifurcation and analysis. They are the shamans deciphering the holy texts through exegesis, and their reviews are the catechisms. And just as important, forming a relationship with a film critic by being their constant reader means seeing through the eyes of someone watching a movie, a kind of second-hand empathy. Either way, there’s a challenge to understand how another human being’s mind works. And that’s always a good thing.

Somewhere along the way film criticism, and the readership's engagement with it, lost its way. The Internet certainly helped, but Harlan Ellison’s Watching illuminates that it’s been this way for at least 30 years. Or maybe it’s always been this way. Because movies encourage becoming someone else, if only for a fleeting 90+ minutes, and film criticism helps understand that, they can save the world.

Why Do We Read Novelizations?

Growing Up Star Wars: A Lesson In How To Indoctrinate Your Child

How Backstory Almost Totally Fucked Up the Star Wars Franchise: A Lesson for Writers

Relegated to Legend: The Stories We Lose in a New 'Star Wars' Timeline