Inspiration from the Brooklyn Book Fest

Last week I outran a hurricane to make it to the Brooklyn Book Festival. Florence was bearing down on the Carolinas, and I wanted to stay to help my husband, because mandatory evacuation, but he made me leave on a train, two days early, so I wouldn't miss my chance to get up to New York for the free gathering of literary luminaries. (Luckily, Florence brought nothing more to our neck of the woods than a few downed twigs. We will rebuild!)

Was it worth to make the trip all the way up from Charleston, SC, for a one-day fest, plus a week of associated evening events? Reader, it was. Here, in roughly chronological order, are the events, ideas, and people who inspired me on the course of this trip.

One of the highlights of this trip for me was getting to see my girl Tammy Lynne Stoner read at the Camelia St. Cafe with a handful of other Red Hen Press authors, all of whom were fantastic. I was particularly intrigued by Cai Emmons's reading from her novel Weather Woman (a brainy female meteorologist who can actually affect the weather? yes, please!). And Tammy seriously brought down the house with an excerpt from her debut novel, Sugarland, which comes out next month ("a southern fried novel about love, Lead Belly, and [lesbian] liberation"). Seriously, I'm not just saying this because she's my friend. It was so good! 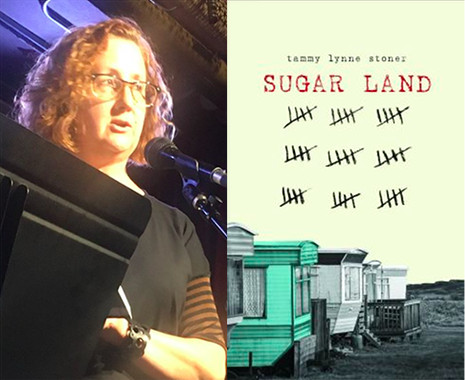 And wow, all of the small presses in evidence at the book fest, and all the amazing books they're publishing, and all of the crowds swarming around their tables like bees to a bush in bloom—inspiring, for sure. Plus, you've got to love that festie discount. I'm impressed I managed to purchase as few as I did.

I got to hear some fabulous poets read at the Couplet reading series at KGB Bar, among them Sandra Simonds (whose latest, Orlando, from Wave Books, is one of my new favorite things). But seeing Terrance Hayes read in such an intimate space was surely one of the highlights of my trip (and probably my life).

The prestigious Best of Brooklyn award (also known as the BoBi) is presented each year to an author whose work best exemplifies or speaks to the spirit of Brooklyn. Past winners include Colson Whitehead, Jacqueline Woodson, Jhumpa Lahiri, and John Ashbury. This year, for the first time, the award was presented to an author of speculative fiction, N. K. Jemison, who also bears the distinction of being the first author to have all three novels in a trilogy win the Hugo Award.

Jemison kept her address at the BoBi gala short and sweet, but she had a few choice words for those high-minded literary types who persist in looking down on speculative fiction, and those words made me want to stand up and cheer. Here they are, paraphrased:

You might have been convinced that science fiction was about ray guns and cis-male heroes spreading truth, justice, and the American way—but really, science fiction is about speaking truth to power, and it always has been. You might think I'm something new, but I'm not. I'm carrying on the tradition of Mary Shelley, W. E. B. DuBois, Ursula K. Le Guin, and Octavia Butler.

Also: In one of Ursula K. Le Guin's final interviews before her death this year (with David Naimon, the host of the podcast Between the Covers) she noted that the “denigration, omission, and exception” the female writer faces during her lifetime “are preparations for her disappearance after her death.” I'm pleased to see Jemison and other feminist SF authors doing their part to keep Le Guin's name on our lips and her legacy in our hearts. 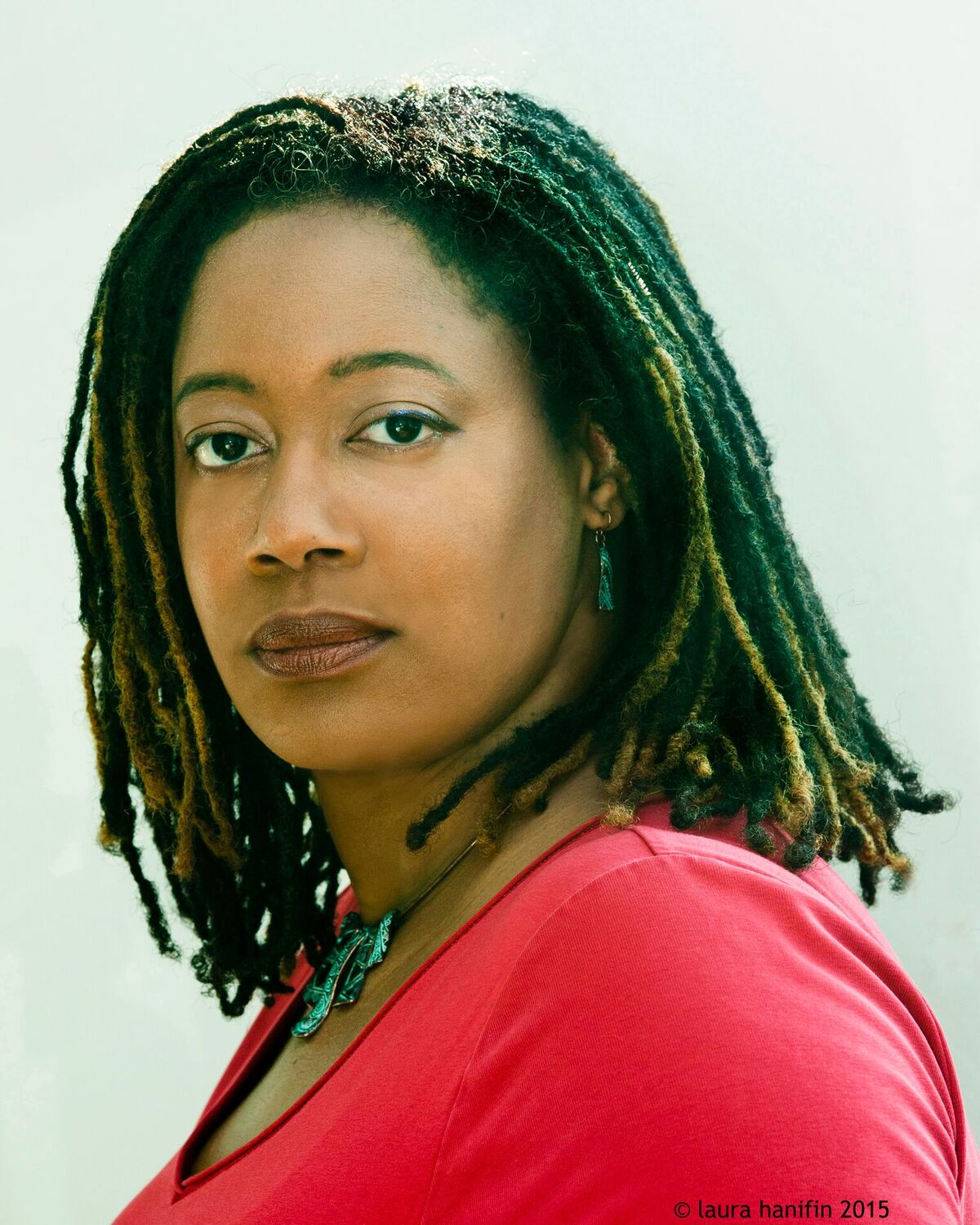 This year at the fest, I had the privilege of interviewing Leni Zumas, the author of Red Clocks—a modern-day The Handmaid's Tale, set in a US in which the "Personhood Amendment" has been passed, banning, among other things, abortion. You know, right in the midst of the Kavanaugh confirmation hearings. NO BIG DEAL. Just like I got to interview Lydia Millet about Sweet Lamb of Heaven, her novel about the horrifying political rise of a far-right businessman-turned-politician, who may just be in league with the Prince of Darkness, just a week after the election of Donald Trump. (Apparently, I only interview brilliant female authors, and only under historical circumstances horrifyingly germane to their work.)

Directly after our interview, I got to sit in the fancy courtroom where they filmed Law and Order and listen to Zumas and Amber Tamblyn in a panel entitled "Dystopias of Patriarchy." Here are some quotes I live tweeted (FYI, all quotes here, and those that follow, are paraphrased). 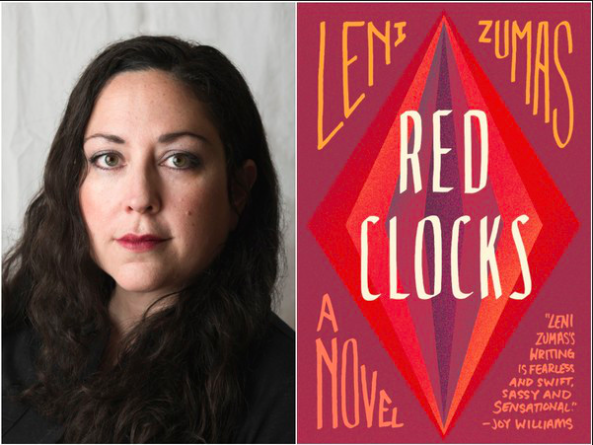 Other smart things said by authors who inspired me over the course of the fest:

From "The Intersection of Feminism and Great Writing," with Naima Coster, Natalia Sylvester, Hannah Howard, Katie Sise, and Tanya Marquardt:

From "Truths and Fictions" with Javier Cercas, Neel Mukherjee, and Marina Perezagua:

From "Writing About Music and the Self" with Hanif Abdurraqib, Rob Sheffield, and Jessica Hopper: 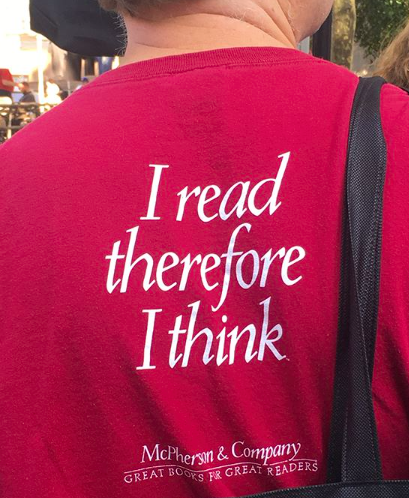