Is Blending Genres the Worst Idea You've Ever Had?

There are a lot of ways to get cross-genre stories wrong. If you are well read in multiple genres, you are in good shape. Knowing one genre well and another just a little might work, too, but ultimately knowledge reigns supreme. You need a firm grasp on the rules of each genre before you break them and mix them together in your literary blender. If you are not familiar with the various genres you’re blending, you are playing a risky game.

In terms of audience, there is some basic math at play. Broader audiences have more potential readers. If you try to be all things to all people, though, you’re not likely to be much to anyone. Creating work that has a more specific audience appeal can sometimes focus the marketing and garner a more loyal audience.

There is a temptation, especially among those drawn toward blending genres and breaking rules, to not define their work. They don’t want to compare it to anything else, which is part of the reason they sought territory outside of traditional genres in the first place. The problem comes in marketing this work to readers.

Most writers think their story qualifies as "different," but even people looking for something different need to know exactly what an author is offering. "Different” by itself doesn’t tell them much one way or the other. Readers need to know not only what is different, but what is the same. What’s the same about a book is usually the genre, and what is different is usually the twist or premise of the story. “It’s a blend of crime fiction and cosmic horror with rebel androids.” For a while there, if you were stuck, all you had to do was add “with zombies” to the end of any idea and you had yourself a cross-genre story.

Crime fiction and thrillers have a wider audience than horror. There are a lot of ways to verify this on many reader platforms. Romance may have the broadest audience of all, but romance readers like their sub-genres. Romance writers I know usually refer to them as tropes: billionaire romances, paranormal romances, MC (Motorcycle Club) romances, etc. Each trope has a wildly passionate following. Romance readers tend to read in greater volume, often branching out into other genres.

If you start with horror, you have a somewhat smaller audience than some of the genres above. You don’t need every horror reader to read your book in order to be successful, so there are enough eyes to go around. But you are competing with a lot of other authors and books, too. If you break it down to sub-genre, quiet horror has a narrower audience, but may not exclude readers of other types of horror. Extreme horror or Splatterpunk has loyal readers, but a smaller audience than mainstream horror. If you start crossing horror with other genres, like westerns or romance, you may have taken a small part of a smaller audience and made it even smaller. 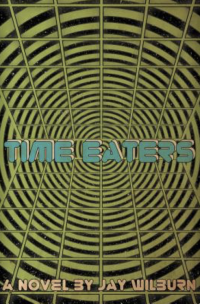 This article could easily be a long list of good and bad examples, but I’ll limit it to examples that serve the points. Here’s my confession. I bumbled into a story idea that ended up blending time travel and extreme horror. Essentially, the time travel in the story results in insanity and an apocalypse. We marketed it as time traveling cannibals. It’s called Time Eaters, if you want to look it up. Based on reviews, there is a chance you’ll like it, but you could also really not like it. We debuted it at WorldCon one of the years it was in San Antonio. It turns out, while there is crossover between sci-fi and horror, sci-fi fans who specifically like time travel stories very rarely want extreme horror. So, most readers for that book have to come from the smaller circle of extreme horror fans, and not all those readers are interested in the sometimes confusing narratives that come with time travel stories.

Horror and high fantasy or sword and sorcery fantasy may not normally be natural blends either. The rules for many subgenres of fantasy are in direct conflict with the rules of horror. Now, George R.R. Martin with his Song of Fire and Ice series was able to successfully implement horror elements in world of fantasy. The best example I’ve ever seen of it is King of the Bastards by Brian Keene and Stephen L. Shrewsbury. It is a Conan the Barbarian style character in a brutal world. These authors are masterful with both genres.

Looking at a slightly different approach, Sean Grigsby wrote Smoke Eaters, which is firefighters vs. dragons. His book works because it has the elements of a good fantasy story with a pulp storytelling voice. Grigsby clearly understands science fiction, fantasy, and the art of blending styles. He’s also a firefighter, which checks the “writing what you know” box.

Sci-fi and broad horror have a substantial amount of crossover, naturally. If you look at the origins of speculative fiction, sci-fi and horror were blended from the earliest novels, the first pulp magazines, right on into the movies of the 1950s. Through the twentieth century and especially into the second half of that century, the genres split into two distinct camps.

While my extreme horror time travel novel was a stretch, sci-fi and horror in general still share common roots. A great example of their melding is The Hematophages by Stephen Kozeniewski. It has body horror, extreme horror, and space travel. I might describe it as Clive Barker in space. It works. 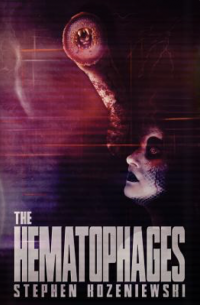 Finding a niche can be really powerful for your brand. If you are the go-to writer for Bigfoot stories or Stitch Punk Dystopias, you might be able to make a career out of that. If you’re the least popular author in those niches, it can be tough to find any readers, even by accident.

Weird Western is fairly well-known subgenre blending horror and westerns or weird fiction and westerns. It may be one of the tightest and most challenging niches in genre fiction. A lot of authors have tried their hand at it and few of them found enough audience to justify continuing. Some did, and wrote these stories very well.

Chuck Buda’s Son of Earp series is one of my favorites. It is like Supernatural meets the Wild West. What he did so well was capture the feel of a western and the action of supernatural fiction, and combine that with characters I wanted to follow. Another standout is short story writer Nichole Givens Kurtz's Sisters of the Wild Sage. She also has a series of short stories that blend mystery and science fiction. Stephen King’s Dark Tower books blend horror, western, sci-fi, and a few other genres into a unique world, too.

Something New Under the Sun

For all the challenges and risks involved with authoring and marketing cross-genre fiction, their is potential to create something entirely new and great. Steampunk is the result of authors experimenting with science fiction, period pieces, alternate history, westerns, and more. It became its own genre and movement. It still has a smaller audience than other, broader genres, but people are out there consuming the art and culture.

The Bizzaro genre by its nature is blended and experimental. It goes beyond the weird, but can combine with any other genre to create stories that defy any rules or definitions. It also has a smaller, but wildly loyal audience.

In the spirit of something new and great, Jessica McHugh created her own “Beepunk” universe with The Maiden Voyage and Other Departures. It utilizes steampunk, urban fantasy, and alternate history to build a world with fascinating characters and creatures. Maurice Broaddus is one of the greatest Afrofuturist authors working today, and blends genres masterfully in his works Pimp My Airship and Buffalo Soldiers. I could continue the list, but the point is that greatness is possible in these experiments.

The factor that makes any book work—whether it is firmly in a set genre or blurs the lines—is the story. It has to be more than a catchy premise. The world has to hold together and be as compelling as any world that obeys the rules.

Lovely War by Julie Berry is a World War I and II period piece with strong romance elements and the involvement of Greek gods. This could have easily been an overambitious mess. Instead, it is a masterful story where the blended genres are used to full effect to serve the story and characters.

The reason Lovely War works is same reason King of the Bastards, Hermatophages, Son of Earp, and Maiden Voyage work. The storytelling is executed masterfully. The challenge, then, is the same with any book. You have to find an audience and get the book into the hands of readers. In the case of the examples listed in this article, the story will do the rest. Good luck with all your genre-blending experiments.

Purchase King of the Bastards from Bookshop

How Do You Choose the Best Conventions and Writers Retreats?