Is "Stranger Things" The Contemporary Sci-Fi/Horror Juggernaut We've Been Waiting For?

Right now, people are talking about Stranger Things just about as much as they're playing Pokémon Go (almost, anyway). It's getting solid critical reviews from the likes of The Guardian, Variety, Vulture, and Deadline, just to name a few.

If you're unfamiliar with the Netflix original series, author Damien Angelica Walters summed up its premise nicely on her Facebook page:

If Steven Spielberg and Stephen King collaborated on a movie in the 80s, I suspect it would resemble this.

I would elaborate further on this and say the show is basically Firestarter and The Fury blended with E.T., with a side of Pan's Labyrinth and The Thing for dessert (the latter film even appears twice in the show, via a clip on a TV screen and a poster featured prominently in numerous shots). Mr. King himself doled out praise for Stranger Things as well, calling it "pure fun," while Guillermo del Toro giddily acknowledged his own influence on the show, as relayed to him by series co-creator Matt Duffer (he collaborated with his brother Ross on the project).

These mini-endorsements via social media are about as adept as it gets: the show is loaded with 1980s nostalgia, references, and direct homages to various titles—the aforementioned The Thing, Aliens, Close Encounters of the Third Kind, Jaws, Altered States, etc. (see this Vulture article for a comprehensive glossary, though be warned: it is spoilerific). Even if you didn't grow up with these movies, however, the Duffer brothers and their staff writers inject their show with a solid and engaging plot populated by fantastic characters, especially the youngsters and teenagers, who, in classic 80s horror fashion, primarily spearhead the "saving of the day" while their parents and elders remain mostly oblivious to the paranormal goings-on (Winona Ryder's Joyce and David Harbour's Chief Jim Hopper being the exceptions). It's neither too heady and incomprehensible for younger viewers, nor too dumbed down for adults. Or, just as King and del Toro stated, it's great fun and really good. 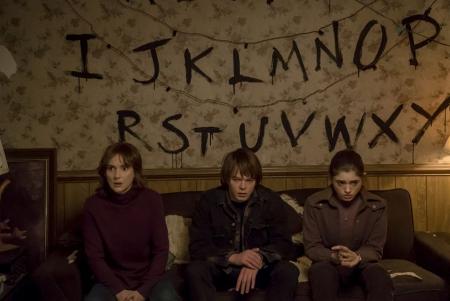 Naturally, the combination of horror, sci-fi and quality brings to mind other TV shows that once fit that bill, two in particular: The X-Files and Lost. There was a time those shows were the critical darlings and crowd-pleasers of our dreams, exemplary titles that perfectly juggled intellectual thematics with damn-good entertainment.

The biggest issue, of course, with those shows is that, eventually, they did jump the shark a bit. It pains me to admit it, because I personally love them, but there was a distinct implosion that occurred at some point in each show's timeline, crumbling just about every element that made the show great in the first place. (I emphasize "just about" because while the shows may have lost their greatness, they were still altogether good, if not okay viewing experiences.).

Fortunately, at this stage, Stranger Things is still miles away from that dreaded shark, but anything could happen. Here are a few things that its horror/sci-fi predecessors did that the Duffer brothers successfully avoided with season one (and will hopefully avoid in the future, should we get more seasons, which the Duffers are prepared for should Netflix pick it up again).

Chris Carter's seminal series began with a simple premise: it was basically The Odd Couple solving paranormal mysteries together, one perhaps too willing to accept the unexplainable, the other extremely logical. And of course there was a whole lot of sexual tension (just like The Odd Couple). The shark jumping wasn't when Mulder and Scully finally got together, because they only ever "sort of kind of not really" got together, maintaining that sexual tension in another fashion. No, the basic problem with The X-Files lay in its overarching conspiracy narrative, which I could attempt to explain here, but which would take rather too long to do so. And that's the issue, really: the show became too mired in its own plot to ever sufficiently unravel it (mirroring the overarching conspiracies within the show). We learn more and more details about the main conspiracy players, especially the Cigarette Smoking Man, but often learning new things about the conspiracy only raised more questions than answered them. 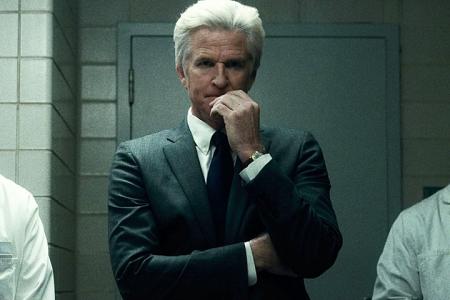 Stranger Things keeps it simple. We don't learn much, for instance, about Matthew Modine's character (a strong correlative to the Cigarette Smoking Man) because we don't need to. He's the Bad Guy with capitals B and G. He has no regard for human life. He's steely and frightening. What more do we need? Moreover, the Duffers let us infer a great deal about this character, namely his motivations for pursuing the other baddie, the unnamed monster (we may call it the Demogorgon), which, while never stated outright, seems grounded in a desire to somehow contain the monster in order to use it as a weapon.

See? Simple. Let's hope it stays that way, because while there's room for world expansion, we don't necessarily have to have a lot of backstory and explanation along with it. (A great example of this is the Alien franchise, which never once explains the creature's origins or motivations, nor the intricate ins and outs of the Weiland-Yutani corporation's desire to capture and study it. (More on this concept as it relates to the Demogorgon in a bit.)

Last but not least, while the "Monster of the Week" format is a perfectly viable means of storytelling (Buffy the Vampire Slayer did it quite well), Stranger Things isn't bothering with any of that. It's one creature, one mythos, and a group of characters learning as much as they can about it. Because The X-Files's overarching conspiracy was so sprawling, it would have served the writers well to better interweave the big story into the smaller ones, rather than having the Monster of the Week almost always be an unrelated beast or presence.

With Stranger Things, it is clear the Duffer brothers have big plans for their series, should it continue. They brought season one to a satisfactory conclusion, but left several loose ends intentionally loose, so as to plant the seeds for future narrative arcs. Moreover, there were no wasted moments in Stranger Things: every issue, every subplot, has a consequence that plays out in a significant way—like the bully subplot for instance, which could have been unnecessary, but ended up yielding major plot turns toward the end of the season (for details, watch the series). 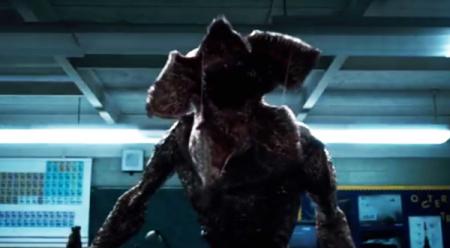 Lost played out in a different fashion, not just over the course of season one, but throughout its entire six year run. The writers never really had a game plan, and that became increasingly clear as the show continued. There were no grander revelations on the horizon, because from season to season, from episode to episode, the writers had no idea where they were going with any of these plot elements—and with a show featuring a huge cast of characters, there were more plot elements than I think the writers could sufficiently handle. And as a result, their attempts to explain everything, much like The X-Files, felt like a slapdash sewing together of all these loose ends, these dangling threads, resulting in a series finale that ret-conned its preceding season with an "It Was All a Dream" stinger. Fans were definitely not pleased, and one of the series creators, Damon Lindelof, even apologized for it after the fact, realizing the mistake he'd made.

One result of all this explanation by way of question-asking was the de-scarifying of the show's mysterious Smoke Monster, in that they gave it a face (that of Terry O'Quinn, no less, in a weird dual role that never made much sense). Stranger Things also features a great, faceless monster—it literally has no face. Its entire head is a mouth, suggesting its primary function is to eat. It does not display emotion via facial expressions. It has no eyes to reveal its soul, and thus we're pretty much left to believe it doesn't have one. The Duffers have expressed a desire to expand the Demogorgon's world a bit (called the Upside Down by the kids in the show), but let's hope they don't take away from that essential facelessness, that inability to truly know this thing, in future installments of the series.

What are your thoughts on Stranger Things as it relates to The X-Files and Lost? Were you a fan of those previous shows? How does Stranger Things stack up? Let us know what you think in the comments section below.

COUNTERPOINT: We Shouldn't Be Giving Lena Dunham a Break

Should You Become A Multi-Hyphenate?

What 'Stranger Things' Can Teach Us About Characterization

Pilot Breakdown: Beauty and Disarray in Westworld's 'The Original'

Brace Yourselves: A Breakdown of the Game of Thrones Pilot, "Winter is Coming"