We’ve all had those days that go on forever and then some, while others take place seemingly in the blink of an eye. But what can happen when an entire book’s worth of events occur in the span of 24 hours? A lot, apparently! These six Young Adult novels pack an enormous amount of action and drama, and a year’s worth of emotion in a mere day, and we dare you to put them down before binge reading in the same amount of time. 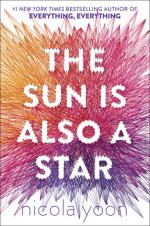 Daniel has always been the good son and student, who always lives up to his parent’s expectations and never falls out of line. He’s no dreamer, and definitely no sap for love. So what is it about this girl who makes him drop everything and rely on fate? Natasha believes in facts and science. Destiny is a foreign concept, so when she meets Daniel on a crowded New York street, falling in love is sudden and unexpected. Is it true that every moment in life brings us universally to a single moment?

Taking place entirely in the span of one single day, (except for a spoilery moment we won’t spill!) this magical Young Adult romance will take you away and make you swoon. So much can happen in a day. Even falling in love. 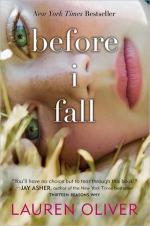 2. 'Before I Fall' by Lauren Oliver

Nothing is more important to high school senior Samantha Kingston than “Cupid Day,” where everything at school is a big party, with valentines and roses, and the most popular girls rising above. But everything changes in an instant when Samantha dies in a terrible accident on that very night. When she wakes up the next morning, and the morning after that for seven days straight, Samantha realizes that sometimes the smallest of changes can make the biggest of ripples in life.

This book takes place on the same day over and over again. Every reiteration of the fated day is slightly different as Samantha learns to become a better and more compassionate person, and you will not believe the stunning ending. This book shows that while a lot can happen in a day, our seemingly most insignificant choices make all the difference in the outcome. 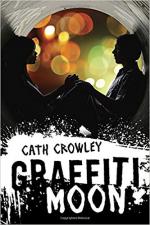 An intense look into the lives of four teenagers learning to navigate the world around them reveals life changing moments and limitless bonds. Dylan loves Daisy, despite bad decisions. Leo and Jazz might never connect. Lucy yearns for the mysterious graffiti artist Shadow. Will they find answers in their futures as they discover who they really are?

This riveting novel not only takes place in one day, but really on only one fateful night. With misadventures and shenanigans afoot, this book is lyrical and beautiful, with a ton of witty dialogue and so many loveable characters. Told from alternating points of view, you’ll feel as though you are reading art on the page. 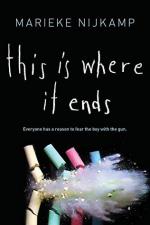 4. 'This Is Where It Ends' by Mareike Nijkamp

Between 10:00 and 10:05 a.m., the world will change for the students of Opportunity High School. The terror and harrowing story of that day, told from four different perspectives spans only fifty-four minutes, where one student’s revenge plot becomes the ultimate in survival stories for those affected.

In less than an hour, this high school is turned completely upside down, and in this fast-paced novel, four points of view give the reader a glimpse into the sheer terror of a school shooting. The story unfolds as a bit of a mystery, with more details becoming clear as the book progresses. While there is obvious loss in the book, there is also a beautiful story of love and friendship that emerges. 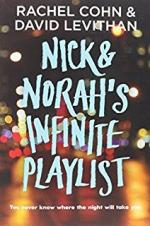 When Nick asks Norah to pretend to be his girlfriend for five minutes, it’s only to avoid his ex-girlfriend. After all, the ex just walked into Nick’s show with a new guy and he needs to save face. But it turns out to be so much more as Nick and Norah set off around New York, exhilarated by the city and first date feel. One night. Two teenagers with broken hearts. And all the possibilities.

This love story unfolds over the course of one night, and is told in alternating point of view chapters that draw the reader in with tons of music references, a little angst, and a whole loot of swoon. You’ll adore the writing style and killer combination of these two talented authors as they spin a teen romance so real, you’ll think you know the characters in real life. 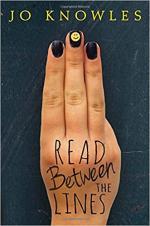 6. 'Read Between the Lines' by Jo Knowles

One ordinary day. Nine teens and a teacher. Many ways to read between the lines.

Nate is unpopular and has suffered an unfortunate gym injury thanks to a bully that leaves his middle finger broken and splinted, appearing to flip off the entire world. Claire just wants to journal in a café, but as usual, fate steps in. A group of boys with no moral compass scam drivers for beer money, while a cheerleader navigates a relationship with a closeted basketball player. Meanwhile, the big girl questions her role in the world. So much can happen in just a day.

Each chapter of this unique book is narrated by a different character, all tenuously linked by school or community in some way. While some of the character’s roles seem fodder for stereotype, not a single one falls victim to such treatment, with varied backstory and incredible vibrancy on the page. The interconnected stories will leave readers thinking about their place in the world and how much effect you can have in the course of a single day. Serious Breakfast Club vibes will keep you reading until the very end.

These six books show that a world’s worth of action can take place in a day, a night, or even an hour. Relationships develop, heroes emerge, and lives are changed. All in the span of 24 hours. What are your favorite books that show a slice of life in a day?