Courtesan, soiled dove, escort, demimondaine; there are many labels for a practitioner of the world’s oldest profession. Easily one of the most socially marginalized groups in human history, prostitutes have also served as muses for a number of highly complex characters. Alexandre Dumas, Victor Hugo, Stephen Crane, Bernard Shaw, and many other authors drew inspiration from the complicated and often extremely difficult lives of the women (and men) from the red-light district. How writers choose to describe prostitution and those who engage in it can reveal a lot about gender dynamics and cultural attitudes towards sex.

A brief note: This is a very serious subject to present in the limited format of a list. By no means is this a comprehensive review or critique on the literature and themes mentioned. Instead, my hope is that it might be a starting point for readers who want to explore a perspective that has commonly been reviled, censored, or suppressed. Some of these titles may have been released (to gasps of shock) over a century ago, but many of the subjects they describe are still somewhat taboo. 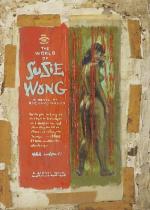 1. 'The World of Suzie Wong' by Richard Mason

Suzie Wong is probably the most upbeat of the titles on this list. Written and set in the mid-1950s, Mason’s novel takes place at the fictional Nam Kok Hotel in Hong Kong. A British artist named Robert rents a room before realizing that the Nam Kok is essentially a brothel and he’s the only resident who didn’t already know this. The story follows his developing relationship with Suzie Wong, a prostitute at the hotel. Surprisingly sensitive and with well-drawn characters, today the book is remembered for having crystallized a piece of Hong Kong from a bygone era. 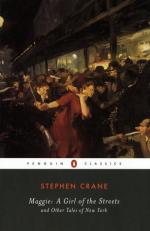 2. 'Maggie, a Girl of the Streets' by Stephen Crane

This is one of those books you may have had crammed down your throat in a high school English class, but it really was a bold work for its time. Considered one of the earliest examples of American naturalism, Maggie explores the ways in which an environment can shape its occupants. No matter how Maggie struggles to overcome her surroundings, she appears to have been predestined for tragedy. Crane was known to inscribe the words “environment is a tremendous thing” inside copies of the novella. 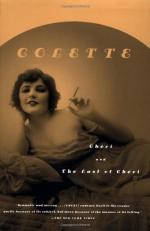 This novel from 1920 tells the story of a 49-year-old courtesan and her much younger lover, a petulant and selfish gigolo called Chéri. Colette herself worked as a performer after divorcing her first husband, sometimes at the infamous Moulin Rogue theater. In an essay in the London Review of Books, Angela Carter wrote of Colette and her work: "The social limitations to experience in a woman’s life still preclude the unselfconscious picaresque adventuring that formed the artistic apprenticeships of Melville, Lowry, Conrad, while other socio-economic factors mean that those women who see most of the beastly backside of the world – prostitutes – are least in a position to utilize this invaluable experience as art. Norman Mailer has said that there won’t be a really great woman writer – one, you understand, con cojones and everything – until the first call-girl tells her story." 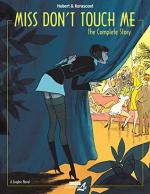 4. 'Miss Don’t Touch Me' by Hubert and Kerascoet

Hubert and Kerascoet’s brilliant graphic novel is what initially motivated me to put this list together. The story follows Blanche, a young woman who rises to prominence as the most sought after dominatrix in Paris. Although a complete virgin, Blanche is nonetheless officially labeled a prostitute by the French government. Her customers love to fear her, then hate her for it. She’s elevated to a place of reverence for her chastity yet still “contaminated” by her proximity to sexual work. The dynamic is equal parts fascinating, frustrating, and confusing, and also includes several horrifying portrayals of life in the LGBT community in the early twentieth century. 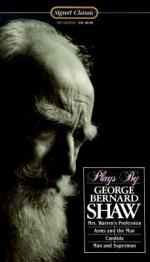 Mrs. Warren’s Profession was written, in Shaw’s words, “to draw attention to the truth that prostitution is caused, not by female depravity and male licentiousness, but simply by underpaying, undervaluing and overworking women so shamefully that the poorest of them are forced to resort to prostitution to keep body and soul together.”

Just let it sink in for a moment that this play was penned in 1893. In a nutshell, Mrs. Warren’s Profession is about the young, extremely practical Vive who has just finished a degree in mathematics and receives a visit from her mother. It’s slowly revealed that Vive’s mother (Mrs. Warren) has supported the two of them for years via prostitution. At first disgusted, Vive comes to realize that her mother acted out of necessity, but then rejects her upon learning that she’s continuing the business despite having stabilized financially. 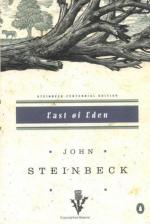 6. 'East of Eden' by John Steinbeck

Possibly Steinbeck's most divisive work, East of Eden reinterpret's the Biblical tale of Cain and Abel, examining the concepts of sin and weakness. Set in northern California, East of Eden tells the story of two brothers, the sons of a cruel prostitute and murderess, as they struggle to define their own moral beliefs. Crane toyed with the notions of fatalism and destiny in Maggie, and Steinbeck touches on some similar themes here. Whereas Crane implies that environment is crucial to a person's fate, Steinbeck's narrative supports the idea that we choose our own destinies. 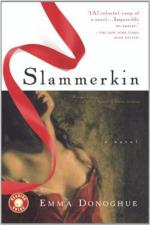 The definition of a "Slammerkin" has two meanings: either a "loose gown" or a "loose woman." Emma Donoghue's novel is about how those definitions intersect. Although Donoghue depicts many of the horrors of life as a prostitute, she also carefully positions her characters in such a way that their actions are understandable to a modern audience. Even when protagonist Mary Saunders, based on a real historical figure, attempts to make a clean break from the sex trade, she eventually finds that honest work will never provide enough cash for her extravagant taste and wild ambitions. 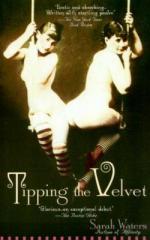 8. 'Tipping the Velvet' by Sarah Waters

Tipping the Velvet is about the life and adventures of Nan, a young woman in Victorian London who leaves her family behind for the rowdy music halls of that era. Nan falls deeply in love with a male impersonator named Kitty and the two begin a stage act together. Their relationship ends, however, when Kitty leaves Nan for a traditional heterosexual marriage. In devastation, Nan eventually turns to "renting" in drag, another term for male prostitution. Not always concerned with prostitution specifically, Tipping the Velvet is still a book that dissects sexuality and explores the position of gender in a society where the binary male-female nature of sexual acts was assumed. 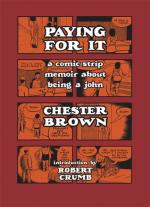 9. 'Paying For It' by Chester Brown

After reading several highly critical reviews of this graphic novel, I debated on whether to include it. But a desire for diversity won out, so here it is: Chester Brown’s account of his paid sexual encounters and opinions on the legalization of prostitution. Brown's experiences as a "John" came about after a breakup that caused him to seek alternatives to romantic entanglements. This eventually lead him to form a financial relationship with a number of prostitutes, a trade he believes is wholly viable. 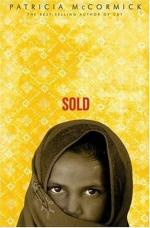 Sold is told from the point of view of a 13-year-old Nepalese girl named Lakshmi. After her family’s crops are wiped out by a monsoon, Lakshmi agrees to work as a maid in a wealthy Indian household. Upon arrival at her new place of employment, however, it soon becomes apparent that she has actually been sold into prostitution. As part of her research for the book, McCormick traveled to Nepal and red-light districts in India, interviewing girls and women who had experienced these horrors in a very non-fictional way. Sold offers a modern narrative from a perspective that desperately needs further attention.

Have a title to add? Let us know in the comments.