Have you ever fancied yourself a matchmaker? I certainly have, but most of the time I’m a little off with my suggestions. Okay, way off. But when it comes to literary characters, perhaps I can redeem myself?

Even though they aren’t written into the same narrative, I think some characters would really get along, if only they could meet. Imagine new stories written, with both likely and unlikely character pairings. Your favorite characters would have a chance to develop relationships. How would it go? Let’s do a little matchmaking and see! 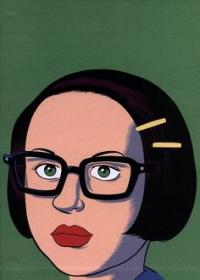 Why they would work: Arturo and Enid are both extremely smart, but immature and quick to speak. They also both seem to prefer company to being alone, even if they deny it. It would be entertaining to watch them argue in public, and I'm sure they would. Enid would be honest with Arturo about his writing, and after some ego work, he would probably learn to appreciate it. A big fight may inevitably break them up, but they'd have an interesting run leading up to that point.

How they would meet: A lit reading hosted in some guy’s garage.

2. Esther Greenwood (The Bell Jar) and Binx Bolling (The Moveigoer)

Why they would work: Both Esther and Binx feel as if they don’t fit into their respective societies. They are different, though they can’t quite articulate how. Maybe they’d have better luck with their soul searching if they did it together! They would feel more understood in each other's presence, and life would be a bit more bearable. I hope that eventually they'll find some meaning in their lives, something that makes them truly happy, but if not, at least they have each other!

3. Mick Kelly (The Heart is a Lonely Hunter) and Scout Finch (To Kill a Mockingbird)

Why they would work: Mick and Scout are both tomboys, passionate, and full of questions. Mick’s tendency towards dreaming, music, and imagination would mesh well with Scout’s stubborn, book smart approach. Though Scout is a bit younger, I think she’d ground Mick in a helpful way and they would remain lifelong pals.

How they would meet: Scout would follow Mick when she goes off on one of her solitary walks, catch up with her, and start asking questions. Mick would introduce Scout to the musical stylings of Beethoven and they'd become instant friends.

4. Holden Caulfield (The Catcher in the Rye) and Hermione Granger (Harry Potter series) 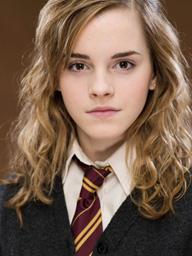 Why they would work: Holden and Hermione are both serious and incredibly smart, but applying that knowledge to life is difficult for them (a trend for most intelligent, young people, it seems). Hermione would challenge Holden's tendency to think so many things are "phony," and I bet he would actually rise up to her challenge and provide deeper reasoning for his feelings. Both talk big game, but deep down they are vulnerable. This would be quite a love affair, full of logical talks that swiftly turn emotional.

How they would meet: At a library. Hermione would "accidentally" drop a book on Holden's foot.

5. Ignatius J. Reilly (A Confederacy of Dunces) and Mary Poppins

Why they would work: I feel like Mary Poppins is the only person with enough patience to tolerate Ignatius for more than a couple of hours, and Ignatius, being the eccentric fellow he is, would be intrigued by Mary's magic capabilities and therefore willing to learn from her. Best of all, if Ignatius ever starts causing trouble, Mary could easily float down with her umbrella and set him straight. She'd keep a constant eye on him, and I think that would keep Ignatius in check. It would also be a nice break for Irene, Ignatius's mother.

How they would meet: Mary Poppins would stumble upon Ignatius shoving hot dogs down his gullet, and step in to better not only what he eats, but his entire life.

What are some literary characters you'd like to see matched up?