So maybe you’ve written a story. You’ve gone through a series of painful, bloody rewrites. You’ve obsessed over your writing so much that your family’s given up on you. You’re a lost cause, they say. Some psychopath chasing a wild dream that’ll never work out. You aren’t gonna get published. You’re just some punk drooling on a keyboard instead of contributing to society like your much more successful sibling. Maybe you want to prove them wrong. Maybe you don't care what they say. Either way, you want to take the next step. You want to get published. But how do you get published? Well, assuming your story doesn't suck, then you need to actually submit the thing. Otherwise, nobody will ever know how brilliant you really are/aren't. Hell, even terrible stories have gotten published in reputable places. But where do you find places to publish you? Well, now. Luckily for you this article exists, huh? 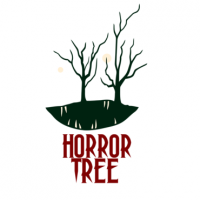 The Horror Tree is slightly different than your typical market-listing website, as it’s more of a blog than an official database. Also, given their name, obviously they mostly focus on the horror genre, although not exclusively.

From their mission statement:

The main goal when starting the site was to include all of the latest horror anthologies and publishers that are taking paying submissions. A resource useful for both new and experienced publishers alike looking for an outlet for their written material!

In addition to market listings, they also publish original articles centered around writing and publishing, as well as interesting press releases. Just keep in mind that it does stick to a blog format, so it might not be the most convenient to browse past calls.

Ralan has been around for a long time. It’s survived 20 years and is still going strong. A lot of people love the website. It presents clear categories for pro, semi-pro, and token-paying markets, which is always convenient for sorting through calls you’d rather not waste your time reading. But with that said, this thing has been around since 1996 and Ralan still hasn’t hired anybody to actually design the website. I’ve tried using Ralan in the past and I always give up. There are far too many other market-listing websites out there with respectable designs. Ralan’s layout makes Hostel look like a Disney movie. When doctors describe lung cancer to smokers, they show them a screenshot from Ralan.com. Do your eyes a favor and skip this one unless you find yourself feeling particularly masochistic.

I’m not going to spend a lot of time on this one, since Richard Thomas already wrote a very in-depth article about this very website. But you won’t find a better database for open calls on the net. The only catch is, they now require a subscription fee of $5 a month. It’s worth the cost, but let’s be realistic: if you’re a writer, you probably can barely afford that $10 coffee milkshake at Starbucks that you think makes you look writer-y. How are you going to afford that AND a Duotrope membership? Well, do not fear, because there’s... 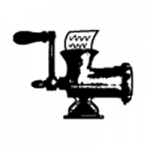 You stop that groaning right now and hear me out. Facebook is a wonderful source of new open calls. In fact, it’s probably my preference over any of the websites listed above. There are a multitude of Facebook “open call” groups where anybody can post links to new markets. I don’t know who started the first group, but I’d put my money on C.W. LaSart’s Horror Markets group. (Side-note: LaSart wrote a terrific horror collection everybody should read.) Since that group launched a few years ago, many others in different genres have grown. All you really need to do is click on the Facebook search bar and type in “OPEN CALL [INSERT GENRE]”. Odds are, something useful will pop up. Also, while it’s not the case with every group, many of them have very strict guidelines that exclude non-paying markets. Also, the majority of the time the editor or publisher of the market is the person who posts the listing, which makes inquiries relatively easy in the comment sections. Plus, if an editor screws you over, it’s great way to call out their shitty behavior, and who doesn’t love that?

What did I miss? Let us know in the comments.

Max Booth III is the CEO of Ghoulish Books, the host of the GHOULISH and Dog Ears podcasts, the co-founder of the Ghoulish Book Festival, and the author of several spooky books, including Abnormal Statistics, Maggots Screaming!, Touch the Night, and others. He wrote both the novella and film versions of We Need to Do Something, which was released by IFC Midnight in 2021 and can currently be streamed on Hulu. He was raised in Northwest Indiana and now lives in San Antonio.

10 Horror Stories Nobody Wants to Read

7 Resolutions Every Writer Should Consider

When looking for a market, I tend to use C.W.'s little group more than anything else, anymore.  It's top-notch.

.I found many interesting things from this site. It helps me in many ways.Thanks for posting this again.Accessories Sports

I am so happy to share this fantastic testimony of mine. My life has changed round completely in 48hours. I can see myself in the mirror and smile. I have confidence in myself and my abilities for the first time in ages. I have my boyfriend back in my life with the help of Dr.  Zabaza. He said sorry 24 hours after the spell was created. He said he realized that he never really wanted to break up and he could not handle emotional baggage I was carrying around all the time. He said that he thought he was the negative influence on my life and thought it best to leave. He said it was hard that I kept talking about the past all the time. We have both forgiven each other. I have money in my pocket that is my own at last. (My compensation cheque came through. I was told it was months away. I am living proof of what Dr.  Zabaza can do. I thank you so much Dr. Zabaza for the wonderful thing you did in my relationship. I am so happy now. With your help we were both able to see and speak the truth to each other. I never thought a spell could help a couple before. I am very pleased to contact you and initiate all this to happen. Anyone who has a relationship problem can contact Dr. Zabaza.
EMAIL:drzabazaspellhome@gmail.com
Call/WhatsApp number: +1 (548) 457-0555
https://drogunzabazaspellherbalhome.wordpress.com ..