Another year has come and gone. You know what that means, don't you? Time for a bunch of strangers to tell you what was good! And why should you care what the LitReactor writers think are the best books of the year? Trick question! You shouldn't. But what they have to say might interest you nonetheless, because they are good-looking and knowledgeable and they read like the wind. So for those who care, we submit for your approval/derision some of LitReactor's favorite reads of 2014.

* Not all of these books were published this year. We figured if someone read a book for the first time in 2014, they deserved the opportunity to crow about it. 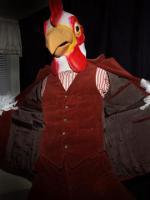 Not that we expected it to. Cronenberg returns to the body horror themes of his early film work, giving us an intellectually peverse treatise on the intersection of pleasure, pain, and technology. A must-read for fans of his films and high-brow aficionados of the weird.

"The Bone Clocks' by David Mitchell

This one's perfect for both lovers and haters of Cloud Atlas. Another set of interconnected stories where souls swap bodies, minus the infuriating-for-some nesting doll structure. It gets a little silly at times, what with the YA-friendly psychic battles, but Mitchell is such an accomplished wordsmith this is easily forgiven. The man writes like warm butter spreads. 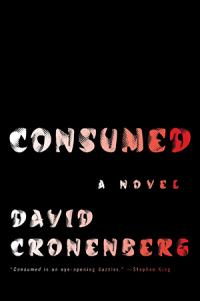 'Leaving the Sea' by Ben Marcus

The author of The Flame Alphabet gives us a collection that is equal parts experimental and accessible. No matter what your poison, these stories terrify and unnerve. They are also darkly comic. From inappropriate familial relationships to oddly vague dystopias, Marcus challenges our perceptions of the world around us and our place within it. Heady stuff for the Lit Nerd.

'Undeniable: Evolution and the Science of Creation' by Bill Nye

With Undeniable, Bill Nye, nee The Science Guy, joins Richard Dawkins and Neil deGrasse Tyson in the modern pantheon of rockstar scientists. He writes with simple clarity and uses good-natured humor to put forth the facts of evolution and how it is the driving force of life as we know it. Ideal for the uninitiated and those needing a refresher on the basics. You may even want to give it to that special little science-denier in your life. A love of science oozes off of every single page and it is highly infectious.

An oldie but a goodie, one that's been on my To Read pile for far too long time. Flicker is a film-lover's delight, one that belongs on your shelf next to Steve Erickson's Zeroville and Tim Lucas's Throat Sprockets. In fact, it is very reminiscent of Marisha Pessl's Night Film, on which it seems an obvious influence. It tells the story of one man's investigation into the mysterious disappearance of an influential cult director and the secret messages hidden in his films. Packed to the brim with film history, both fabricated and real, Flicker is a glorious cinematic mystery. 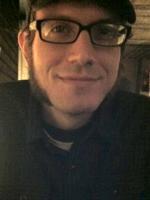 'The Fever' by Megan Abbott

Eerie and suspenseful, with sparse and yet sumptuous language. This book lingers in your mind for a long while after you've read it. I can't say much more about the book, you just have to dive in.

This collection contains some of the best short stories I've read all year, and the interconnectivity between the nine tales makes it feel like a novel. Top-notch writing front to back. 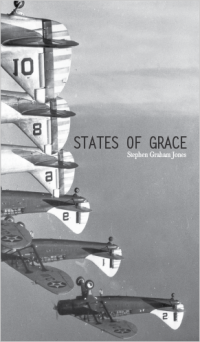 I've gushed over this book on numerous occasions here at LitReactor, many times to note how the author did something fresh and interesting with the zombie genre, which alone is worth all the accolades in the world. It's also exceptionally-written and poignant. Great read.

I didn't think a collection of flash fiction could work, but Stephen Graham Jones did it, and he did it quite well. Of course he did. If he just copied the phone book from A-Z, he'd probably find a way to make it brilliant.

Horror stories about the cinema in some capacity. There was no way I wouldn't like this book, regardless of whether I was a horror and film buff or not. Datlow's pretty much the master of the anthology, and it shows here. 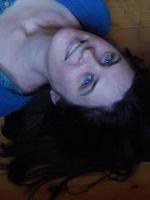 'Sometimes the Wolf' by Urban Waite

I never thought I'd type the sentence 'better than Cormac McCarthy' but, oops, I just went and did. Waite's story about ex-con Dads, dangerous friends, and family loyalties peers into the same dark corners of the human psyche, but has a glimmer of warmth and humanity at its core which is lacking from a substantial portion of the noir genre. 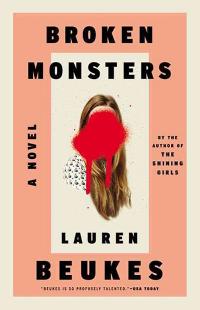 Could the new ruler of horror fiction be a woman?

As a huge Shirley Jackson fan, this book lured me with promises of a story based on events during the writer's troubled later years. What I got was all that, but also a classically Jacksonesque psychological suspense story, with a brilliant, subtly delivered twist.

'In the Course of Human Events' by Mike Harvkey

The title's taken from the Declaration of Independence, which does give you a clue about the book's political underpinnings. This story of white supremacists in rust belt America is not only a page turner, but also an anthem of outrage about wasted lives.

'Prayers for the Stolen' by Jennifer Clement

This book, the tale of LadyDi (named for Lady Diana Spencer), who grows up in a Mexico where women are a commodity to be bought and sold, or if they are lucky used as drugs mules, ought to be harsh and tragic, but is instead harsh, tragic, funny and full of mordant charm. 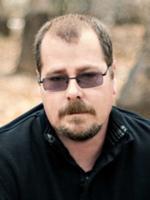 Yeah, yeah, It’s three novels, just deal with it. Annihilation, Authority, and Acceptance was one of the most enjoyable, immersive reading experiences I’ve had since Bolano’s 2666. Creepy, atmospheric, compulsively readable, and easily VanderMeer’s most accessible works to date.

'Love Me Back' by Merrit Tierce

Easily the darkest novel I read in 2014, and it’s about the food service industry. Some of the sentences and scenes in Tierce’s debut novel stuck with me for months after finishing it. A truly effective and slightly sinister debut novel. 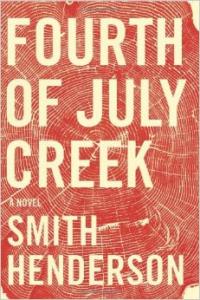 I read a lot of novels about the father/son dynamic this year, and I mean a lot of them. But Whitmer’s handling of the over worn trope was truly unique and brimming with Whitmer’s dark, socially conscious sense of humor.

Nakamura was my HOLY SHIT! HOW COME I’VE NEVER HEARD OF THIS GUY author of the year. And while Last Winter, We Parted isn’t Nakamura’s strongest novel, it is, however, a fine, fast paced introduction into Nakamura’s Jim Thompson meets Chan-wook Park world. I owe my friend and fellow critic Gabino Iglesias a beer for introducing me to Nakamura.

To anyone who knows me, my pick for best novel of 2014 should come as no surprise. Since finishing it this past summer, I’ve been pushing Henderson’s masterful debut into the hands of anyone who will listen. Fourth Of July Creek and Henderson have been compared countless times to the very best of McCarthy, (don’t they do this to every novelist who sets their books in the west?) but I’m here to tell you that Henderson writes entirely with his own voice. Simply put, Fourth Of July Creek is the best novel I’ve read in a decade and you should read this one immediately.

Honorable mentions: The Fever by Megan Abbott, A Swollen Red Sun by Matthew McBride, Sometimes The Wolf by Urban Waite, Made to Break by D. Foy, The Poor Boy’s Game by Dennis Tafoya 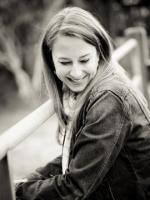 'All the Light We Cannot See' by Anthony Doerr

Gorgeous, rich, oozy prose mixed with a twisting, turning World War II story? Count me in, any day of the year. I loved this book. So much.

'Lock In' by John Scalzi

I'm a Scalzi fan in general (if you like sci-fi and haven't read the Old Man's War series, you're missing out), and this story of a not-too-far off future in which disease renders a huge chunk of humanity completely paralyzed is...engaging. Fun. Exciting. And ultimately soooooo satisfying. 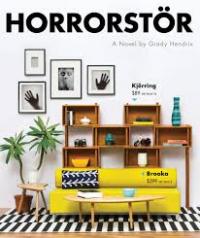 This horror story is fun, plain and simple. And the book itself is so beautifully created, it's hard to put it down. It will live on my bookshelf forevermore.

This is the sequel to the hot YA novel, Miss Peregrine's Home for Peculiar Children, and like the first book, there's much to love within these covers. Creepy pictures, intrigue, drama, suspense. I had to include it in my year end list.

'What If? Serious Answers to Absurd and Hypothetical Questions' by Randall Munroe

This book is hilarious. Munroe uses science to answer extremely bizarre (and often terrifying) questions. It's the type of book that can sit on your bedside table and keep you company, offering you bits of tantalizing information at a time, for the entire year.

Those readers who enjoy FLICKER and NIGHT FILM will also enjoy Jonathan Carroll's A CHILD ACROSS THE SKY, which explores similar territory.

Cormac McCarthy, nihilist? No. Well, maybe. The first half of his career, okay. But NO COUNTRY FOR OLD MEN and THE ROAD are all about the love between fathers and sons and finding light in the darkness.

Cath - No, to that question about horror. There's no way. Just...no way.

Joshua Chaplinsky from New York is reading a lot more during the quarantine December 16, 2014 - 7:10am

Ryan - I'm pretty sure Stephen King is a woman.

Josh - ask Ryan. She will be able to help you.