Another year has come and gone. You know what that means, don't you? Time for a bunch of strangers to tell you what was good! And why should you care what the LitReactor staff thinks are the best books of the year? Trick question! You shouldn't. But what they have to say might interest you nonetheless, because they are good-looking and knowledgeable and they read like the wind. So for those who care, we submit for your approval/derision some of LitReactor's favorite reads of 2021 (part 1).

*Not all of these books were published this year. We figured if someone read a book for the first time in 2021, they deserved the opportunity to crow about it.

What can I say at this point about Shawn that hasn’t already been said? This is a body blow of a book that’s been showered with praise and deserves every accolade it’s gotten. Shawn is doing some of the best work in the crime fiction genre, full stop. I’ll leave it at this: I’m proud to call him a friend.

Get Razorblade Tears at Bookshop or Amazon

Probably the best book I’ve read about love, sex, and relationships in a very long time. Mostly because Peters writes fearlessly; never afraid to dig deep, whether it’s exploring non-traditional family models or the weight and history of being trans or just the intricacies of the character’s souls. And I’m a sucker for stories about New York City—the place, not the ideal or the fantasy.

Get Detransition, Baby at Bookshop or Amazon 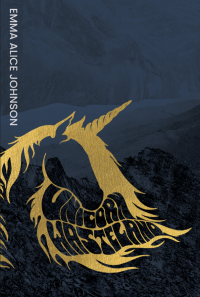 I admire the way Mohr just lays it all out—his addiction, his recovery, and being a parent. This is an incredibly fun and funny book about art, fatherhood, and mortality, and there’s an intimacy on display here that makes it feel like you’re sitting across a table from Mohr as he tells you about his life. That’s what makes it a pleasure to read.

Get Model Citizen at Bookshop or Amazon

I have a real soft spot for slow-burn espionage written by people with actual intelligence experience (see also: John le Carré and Charles McCarry). Red Widow does not disappoint: Katsu brings lived-in experience to a story that has no car chases, no shootouts, no heists, and yet is still completely riveting. The way she builds and handles the tension is masterful, but she never drops the ball on the emotionality of the characters, either.

Get Red Widow at Bookshop or Amazon

Unicorn Wasteland is about a trans woman confronting her past and her identity in a post-apocalyptic Western landscape, and it is just utterly stunning. Full of sentences and imagery that make me jealous as a writer, and a story so personal and heartfelt that it left me misty on the 1 train, happy I had a few stops left to sit with it before I had to disembark. It’s only 64 pages, and it rocked me. Also, yes there is a unicorn. I love the unicorn. This is very much worth seeking out.

Get Unicorn Wasteland at Everybody Press 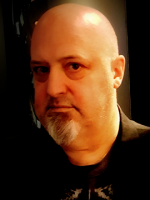 The absolute best book I’ve read all year is, for me at least, a surprise given that it’s crime—not a genre I read a lot of.  But Foster is a smooth, terrific writer, capable of quiet character moments and intense, knuckle-bruising violence.

Get Rooster at Bookshop or Amazon

Get Ghoul n' the Cape at Subterranean Press 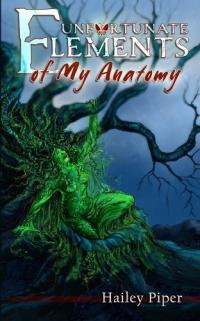 "Unfortunate Elements of My Anatomy" by Hailey Piper

Single author collections say a lot about an author—from mastery of language to deft handling of characters. Short fiction squeezes a writer, and some aren’t able to handle the pressure. Piper, though, excels. From her exemplary work here to her books The Worm and His Kings and Queen of Teeth, Piper shows she’s got the chops.

Get Unfortunate Elements... at Bookshop or Amazon

A tad late to the game with this one, only because of the sizeable size of my TBR pile. Graham paints a picture here that is equal parts sad, majestic, spiritual, and brutal. He deftly turns some of horror’s tropes and makes them his own.  And that ending…

Get The Only Good Indians at Bookshop or Amazon

"Nothing But Blackened Teeth" by Cassandra Khaw

Khaw’s novella is a masterclass in using a short work to really dial up the horror in a big way. Their characters leap off the page with so much realism that the unreal parts are easily accepted, ratcheting up the terror exponentially.

Get Nothing But Blackened Teeth at Bookshop or Amazon 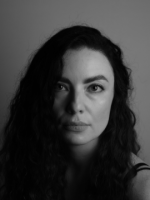 "Philosophy for Spiders, On the Low Theory of Kathy Acker" by McKenzie Wark

This book is not just a study of Kathy Acker's work, nor is it a studious interpretation or careful criticism or even a loving memoir. Though of course it's all those things. But it is also a book about what it means to be a body—a body that is never finished, continually becoming—writing the world and being written by it. It steps inside Kathy Acker's writing and into the dream hotel where she leads Wark, and the result is something precious and unforgettable.

Get Philosophy for Spiders at Bookshop or Amazon

"The Glassy, Burning Floor of Hell" by Brian Evenson

I've only recently discovered Brian Evenson. I felt very close to these stories and didn't want them to end. Each story is a journey to the heart of humanity—that is, to hell. But there is so much tenderness in them, and evidence of deep, focused curiosity.

Get The Glassy Burning Floor... at Bookshop or Amazon 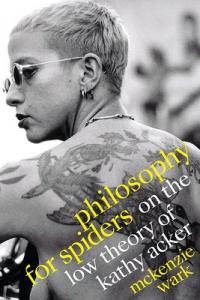 "Her Lesser Work" by Elizabeth Ellen

Elizabeth Ellen has such command of the short story, and it's funny to say that, because this collection isn't just "stories," strictly speaking. Some of them break the form entirely and do whatever they need to. Her Lesser Work is full of power and it takes risks and it's alive and real and it fixes a very sharp eye on the shit humans do to each other and themselves.

Get Her Lesser Work at Bookshop or Amazon

"The Occultation" by Chris George

This series of haunting vignettes from the end of the world (or now) has a beautiful, mysterious quality that made the book hard to put down. Chris George captures the difficult beauty of the nowhere-places, the abandoned towns, the empty streets.

Get The Occultation at Amazon

Slimani is one of my favorite contemporary writers, and I'm especially thankful for the translation work that makes her books available here. Slimani writes about violences big and small with incredible insight—and her work has thrilling, high-stakes engagement with the very real complications of overlapping conflicts of race, class, gender, and individual and collective history.

Get In the Country of Others at Bookshop or Amazon 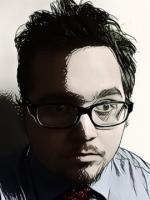 I read 39 books this year (not including the many manuscripts I read in the slush pile for my small press). Out of those 39, the majority were not released in 2021. But, out of the ones I did read, here are my favorites:

"Queen of Teeth" by Hailey Piper

One of the best examples of body horror in literature I've ever read.

Get Queen of Teeth at Bookshop or Amazon

"Did You Hear What Eddie Gein Done?" by Eric Powell and Harold Schechter

A graphic novel about Ed Gein. It's extremely bleak. The art feels inventive. I loved this.

Get Did You Hear... at Bookshop or Amazon 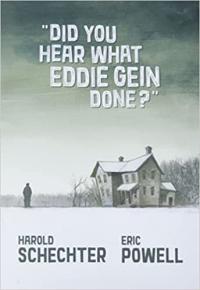 Crime fiction at its best, I think. My first Willy Vlautin but certainly not my last. So intense. So depressing. I never wanted it to end.

Get The Night Always Comes at Bookshop or Amazon

"The Second Shooter" by Nick Mamatas

A slice of pure paranoid fiction that I couldn't resist. Possibly my favorite book by Mamatas.

Get The Second Shooter at Bookshop or Amazon

"My Heart is a Chainsaw" by Stephen Graham Jones

I'll be surprised if this one doesn't make everybody's list. A must-read for any fan of slasher movies (and, in my case, even those who don't care that much about slashers). SGJ is simply the best horror writer alive today. Worship him.

Get My Heart is a Chainsaw at Bookshop or Amazon 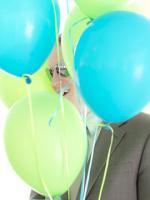 The story of a  town where nobody dies and nobody ages might not sound all that novel, but the beauty of this one is that it picks up a couple decades after the town decided to stay closed off, never let the residents die, and never let the children age. Things are getting...weird. The bad kind of weird.

Get Stillwater at Bookshop or Amazon

It seems like Kyle Starks is working his way through storytelling tropes. He did Sexcastle, a loving send-up of action movies, he did Rock Candy Mountain, which is kind of hard to explain, but imagine "The Devil Went Down to Georgia" except with fistfighting instead of fiddling. And this year we got Old Head, a fun and funny vampire book that's easily worth a look. Or maybe it's an ageing sports star book. Either way.

Get Old Head at Bookshop or Amazon 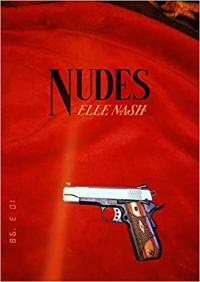 What I like about Elle Nash's stories is that they test the limit. You'll hear all about someone who seems a little too transgressive, a little too unpleasant to identify with, and by the end of the story, she still manages to bring out big emotions in the reader.

Get Nudes at Bookshop or Amazon

"The Paradox Twins" by Joshua Chaplinsky

I like a book that messes with storytelling forms without being obnoxious about it. The Paradox Twins pulls it off, it has some experimentation to it but doesn't forget to have a story, too. The premise is also an easy sell, which makes it a fun gift to pass onto others.

Get The Paradox Twins at Bookshop or Amazon

This book almost reads like a micro memoir disguised as business advice. Iwata is charming and very wholesome, and seeing as we're still pandemic-ing, a wholesome read here and there does a body good.

Get Ask Iwata at Bookshop or Amazon

Your article is interesting and well-written; the information is useful and grabs people's attention.Thanks retro bowl unblocked

This is very good news and is very much worth following.