I’ve committed the worst sin of self-publishing. No, not failing to hire an editor (well, okay, I did that one, too. A bunch of times). No, not falsely representing myself to try and get my books on digital platforms used for library checkouts (wait, I TOTALLY did that one, and I won’t apoogize).

I must confess: I made my own covers.

If you get one piece of advice about self-publishing (which you won’t, you’ll definitely get WAY more than one piece, totally unsolicited, but if there was an award for Most Common Advice it’d be this): Don’t make your own covers.

What most people won’t say is why this is a bad idea. You know, beyond the generic, “They look crappy.”

What is it about a homebrew cover that just doesn’t fly? How do people pick them out immediately? What are the mistakes that I made? How can you avoid repeating them?

The excitement of self-publishing got the best of me more than once. So, I’d make something "right now" instead of making something that was right.

An ugly cover is like a crime: sometimes you’ll get away with it in the moment, but there’s no such thing as getting away with it forever.

Instead of making a cover quickly, make it right. You’re self-publishing. Nobody is going to remember if you blew your self-imposed release deadline because it took you a couple extra days to get a cover. Everyone will remember that cover if it sucks.

Not Picking a Theme

John Swartzwelder has some fairly boring covers, but he’s got a standard, and damn it, 15 or so books in, I can't help but get excited when I see a new one.

Amanda Lovelace changes out titles and colors, and other than that puts out the same cover over and over. 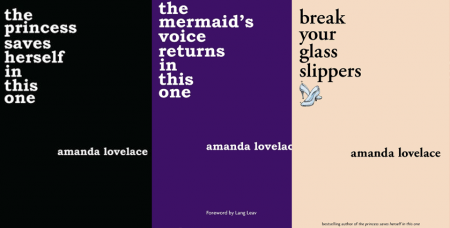 For a self-published author working in one genre, a certain uniformity isn’t the worst idea in the world.

If you don’t like screwing around with covers, work hard on a single, nice template, change out the title and some colors, and call it a day.

Given the choice between 10 unique, ugly covers and 10 same-y but decent covers, put me down for decency. For once.

You can make a cover in Microsoft Publisher. But...don’t.

It’s been like 15 years since my first self-pub, so I have an excuse, but you don’t. You can jump online and find options that’ll give you Photoshop quality, in terms of pixels per inch, and much better font and design options than Microsoft’s design program, which really doesn’t even fulfill the aesthetic needs of a B+ Lost Dog poster.

I know it seems like there’s a high barrier to entry on some of these programs, but those “barriers to entry” can also be called “competencies.” Or maybe “features of the program required to produce a decent product.”

Again: Just don’t. The cover creator is the most underwhelming feature of publishing on Amazon. I would love to start an award, a challenge, to use only the cover creator and its built-in assets to create a cover that doesn’t suck.

If you think those covers look fine, take a cover you designed over there and remake it using a better tool. As you go, you’ll tweak a bunch of shit that’s not tweak-able in the cover creator, and you’ll see how those little options make all the difference.

It’s also a red flag for “I’m self-published!” Wear your self-pub status as a badge of honor, but don’t wave it as a red flag.

Not Evoking the Text

You’ll still have all your fingers. Including the middle ones.

When you make your own cover, you are mega familiar with the book’s contents, not just the surface, plot-level shit. Use this knowledge to create a cover that’s enticing and interesting to new readers and also evocative to people who have finished the book.

Your understanding is much deeper than that of a hired gun, so capitalize on that. It’s one of the few advantages you have over a pro.

Looking Only To Books For Inspiration

When I’m stuck, I’ll check out the greeting card aisle.

Greeting cards have weird layouts, mess with color in big ways, and might provide you an inspiration that’s unexpected and still pleasing to look at. And they’re of similar proportions/dimensions to a paperback book, so you can usually scale the design.

T-shirts can work, candy packaging. Look outside the book for ideas, and take pictures, save ideas you can come back to later. 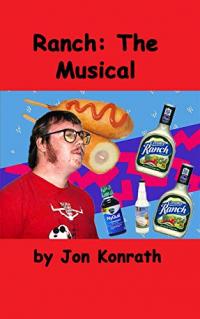 Don’t Assume People Are In On The Joke

Sometimes I’d make a silly cover for a silly book. Which makes sense in a certain way, but in another way, it’s insane.

You could get away with this if your book showed up in a bookstore or a library. Because something about a legit binding, an actual physical object you can hold in your hands, something about that works if you have an intentionally bad cover. But online, nobody is going to know that YOU know that the book looks ridiculous and that this is intentional.

Going the “shitty on purpose” route is a mistake, even if that matches the book’s theme.

On the other hand, Jon Konrath takes everything I just said and shoves it right back in my stupid face, so what the hell do I know?

For the love of god, don't put something like "typewriter" or "bookshelf" into a free picture site and use something from page 1 of the results. 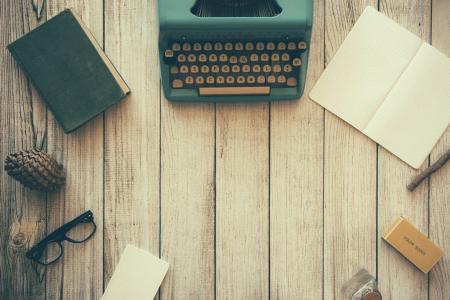 Abiding By All The Rules

The rules exist for a reason, and a lot of the reasoning behind the current rules of cover design exist because of the ways books function, as objects, on retail shelves.

You’re self-publishing, so you don’t need to make something that is polite, clean, and generally not disgusting. Make something weird.

Listening To People Who Decree That Self Pubs Must Hire Pros

No matter how bad you screw up a book cover, you get to hang onto all your fingers.

When someone tells you “You can’t do that,” when you’re discussing a matter of taste, like making your own cover, what they’re really saying is, “I wouldn’t do that.”

Yeah, you wouldn’t. And if you’re unwilling to accept that small level of risk, or to understand why someone else might, I’m betting that all the pages between your slick, well-designed cover reflect that risk-averse mindset.

You CAN make your own cover. And yeah, you’ll make mistakes, and when your mistakes take the form of art for public consumption, you’ll probably hear about those mistakes from people who...aren’t all that nice.

But you’ll still have all your fingers. Including the middle ones, which you can use to express how you feel about being bossed around by cowards.

Get Ranch: The Musical by John Konrath at Amazon

Priming The Pump: Selling Your eBook On Amazon Isn't As Easy As It Seems

My Kindle Experiment: How Easy Is Amazon's Self-Publishing Platform?

My Kindle Experiment: What A Month And Change Can Teach You

Why 2021 Was America's Worst Reading Year

I may be lazy, but I am important.

Community Manager
helpfulsnowman from Colorado is reading But What If We're Wrong? by Chuck Klosterman May 10, 2021 - 9:11am

Hmm, I'll be the judge of that!

Trust me when I say the cover was the best part of Ranch: The Musical. It's all downhill from there.

Community Manager
helpfulsnowman from Colorado is reading But What If We're Wrong? by Chuck Klosterman July 2, 2021 - 7:11am