Who says Young Adult literature has to be all love triangles and fluff? In these five novels, the authors have murder on their minds, and no crime is too grisly, even for a YA audience. From missing girls meeting tragic ends to mysteries surrounding unsolved murders, authors like Paula Stokes and Abigail Haas are exploring murder and mayhem. Their books are sure to have you reading with the lights on. 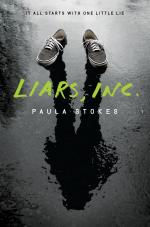 Max Cantrell is no stranger to the well-crafted lie. He thinks nothing of it when his best friend Preston and girlfriend Parvati suggest starting a little side business that involves creating alibis for fellow high school students. What’s a forged permission slip or cover story in the grand scheme of things? Things are going great and the money is pouring in until Preston needs a lie of his own to cover a trip to meet a girl he met online. Max hooks him up but finds himself in hot water when Preston never returns home and his dead body turns up. Looking every bit the guilty suspect, Max must find Preston’s real killer before he goes to prison for a crime he didn’t commit.

With an intricately plotted mystery and diverse cast of characters, this book is completely engaging. What stands out the most in this incredibly well crafted story is the deft plotting. It is tight in every conceivable way, with convoluted, yet totally believable twists and turns on every page. It is mind-bending in its originality and will keep you guessing until the very end. 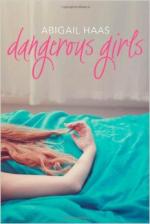 Lured by wild nights of debauchery and the trip of a lifetime, Anna sets off to Aruba with her best friend Elise and boyfriend Tate for the final Spring Break of their senior year. When they arrive, the booze is flowing and the antics are high as Anna’s group of friends party full-tilt. But when they wake up in the morning to find Elise brutally murdered, all of a sudden Anna is trapped in a foreign country fighting vile accusations. As clues emerge and the history behind Anna and Elise’s friendship is revealed, questions surrounding Anna’s innocence are put at the forefront in a media frenzy that results in a shocking conclusion.

This book does an excellent job of really digging into the nitty gritty of the dark side of female friendship. It’s a wild ride, from the opening scenes that depict these friends partying hard, right up to the final mind-blowing payoff. This book will appeal to lovers of mystery and dark YA. 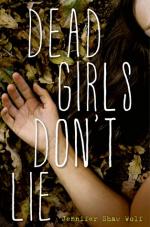 At one time, Jaycee and Rachel were best friends, but that was before Rachel changed and began to push Jaycee away. Six months later, Rachel is murdered and Jaycee is guilt ridden over choosing Skyler over Rachel the night she died. Everything is eerie, from the text message that Rachel sent Jaycee forty-five minutes before she was shot, to the cryptic video messages she left behind. Despite what authorities say, Jaycee knows that Rachel’s death was no random gang crime, and she sets off to find out the truth about who is at fault. But first, she must figure out who she can trust.

Dead Girls Don’t Lie is full of twists and turns that will keep you guessing, and the ending is exceptionally dark as far as Young Adult novels go. It’s a delicious mystery with a tragic end that will keep readers engaged from page one. 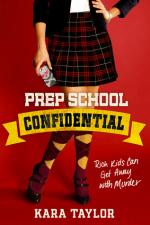 Queen Bee Anne Dowling is at the top of the social hierarchy at her exclusive Upper East Side academy, right up until the moment when she accidentally burns part of it down. As punishment, her parents send her away to the preppy Wheatly School where Anne is mostly concerned with behaving so she can return to New York. She never plans to get too involved, but when her roommate Isabella's body is found in the woods behind the school, she feels compelled to uncover the truth. With Isabella’s twin brother and a cute classmate at her side, Anne discovers that there was more to Isabella’s innocent demeanor than meets the eye.

This is a great mystery with some darker elements that will appeal to young adults and adults alike. With a spunky heroine on the case, the story is a tangled web of deceit and scandal that is sure to keep readers on their toes right up until the surprising big reveal. Unpredictable, with fantastic writing and compelling characters, this book is a super fun read. 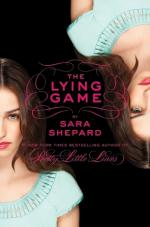 5. 'The Lying Game' by Sara Shepard

Sutton has the life every girl dreams of—a loving family, plenty of money, and popularity that any girl would kill for. And then someone does. When she wakes up in a bathtub and realizes she’s no longer living, something altogether strange happens. She looks in the mirror to see not her own reflection, but the face of someone who looks exactly like her. So exact that this girl has to be Sutton’s long-lost twin sister, Emma. Emma becomes desperate to find out what happened to Sutton and goes to great lengths posing as her in order to find out. Can she pretend to be the wealthy, popular sister she never knew, even after she realize that the murderer is watching her every move?

Sara Shepard does it again, with a cast of wealthy teens with too much time and freedom on their hands, leading up to a grizzly murder. Or is it? Readers will enjoy every twist and turn along the way as Emma struggles to uncover clues to her sister’s murder in a book where everyone is suspect and nobody can be trusted.

There’s no lack of grisly murder and intriguing mystery in these Young Adult novels, with lies and deceit playing a major role. Readers will have fun trying to guess the culprit in these engaging mysteries that are sure to keep them up at night.