Every month I'll be toiling in the dank, dark mines of literary obscurity, scouring the catalogues of every major publisher to bring the LitReactor faithful a few choice titles hitting the shelves. The following is a brief look at what's worth checking out in October. Full disclosure: unless otherwise noted, none of the below books have been reviewed by myself or other LitReactor staff. These are just a few recommendations based on publisher's notes and my own opinions. Without further ado: 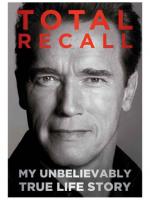 Okay, okay... everybody knows that celebrity autobiographies are made up of 50-75% ghostwriter copy, and are often self-serving, gloss over unflattering moments, and offer no real insight whatsoever, but... c'mon, it's AHNAALD! This one's worth a read for one reason above all others: reading it out loud in Schwarzenegger's voice. Oh man, has anybody been tapped for the audiobook version yet? Curiously, October seems to be the month for celebrity autobiographies: Peter Criss and Pete Townshend also have tell-all memoirs dropping. 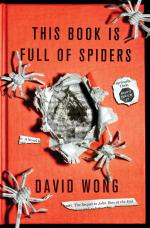 'This Book is Full of Spiders: Seriously Dude, Don't Touch It' by David Wong

Longtime Cracked.com editor and author of John Dies at the End David Wong has returned to fiction with this sequel, that finds protagonists David and John in the middle of a zombie apocalypse, that may or may not have been triggered by an advent of zombie books and movies, and that exists despite a notable lack of actual zombies. If you're not confused/intrigued yet, a shadowy cabal of shape-shifting terrors is also involved. 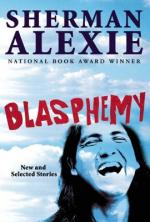 Native-American author Sherman Alexie has been writing compelling and unique fiction since 1996, most of it centering around his own experiences growing up on the Spokane reservation. Alexie shines light on one of America's most overlooked minority classes, and this collection of his work contains new stories written especially for this volume, as well as certifiable classics, such as 2003's incredible What You Pawn I Will Reedeem, which appeared in The New Yorker in 2003. 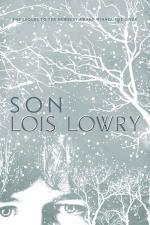 One of three veteran writers releasing a long-anticipated novel this month, Lois Lowry drops her fourth entry into the same series that brought us The Giver, Gathering Blue, and Messenger. In this conclusion, Claire, a wandering soul who washes up on the shores of a distant land, only possess the memory that her former home had no feelings or colors... and that she had a son who was taken from her. As you can imagine, this doesn't sit too well with our protagonist, and her quest to find her child may have unthinkable consequences. 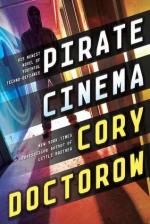 Trent McCauley is a brilliant sixteen-year-old who obsesses over making intricate mash-ups of recycled bits of old films downloaded from the Internet... essentailly a visual Girltalk. However, as in real life, this sort of behavior falls under the heading of "copyright infringement". Unlike the world we know, in Trent's native England, a third offense results in your entire household's access being cut off for one year. When this happens to Trent, he flees to London, and eventually falls in with a group of artists who are working on a collaborative project that may be mankind's only hope against a piece of looming legislation that could destroy artistic freedom as we know it. 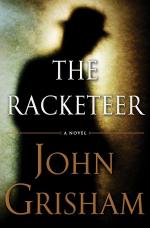 'The Racketeer' by John Grisham

For fans of legal thrillers, the author of A Time To Kill is back with a new one for you. It begins with the untimely death of a judge, and is told from the perspective of an imprisoned, disbarred attorney, who just might know what happened to the poor guy in the black robes... for a price. 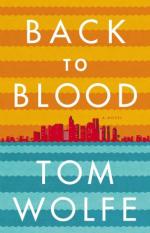 'Back to Blood' By Tom Wolfe

Recent work notwithstanding (can we all just pretend I Am Charlotte Simmons never happened?), Tom Wolfe is the master of an old dog who isn't giving up the hunt any time soon, and in his most recent novel, the man in the white suit is elbow-deep in the world of Miami Beach. The publisher's notes aren't heavy on plot, but rest assured that it involves a lot of crazy-goings on, corruption, and a full cast of characters, including a sex-addicted therapist, a cop, Haitian gangsters, a mayor, a police chief, and shady Russians.

New Release Roundup: Recommendations for May 2012

Courtney from the Midwest is reading Monkey: A Journey to the West and a thousand college textbooks October 2, 2012 - 8:11pm

I love David Wong. So ridiculous and hilarious. I can't wait to get my hands on this one.

Also looking forward to the Lowry book, but I want to go back and revisit the others first. I practically know The Giver by heart, but I haven't read the other two in a pretty long time.

And on a side note: according to two of my professors who run the pride group at school, the PC term is apparently "American Indian." One of those two met Leonard Peltier and vehemently defends his innocence to this day.

Every native american I've met called themselves 'Indians.'  One would call herself an Indian and then specify her tribe.

Wonderful! I really liked reading facts about "Total Recall" it was first movie that I watched of Schwarzenegger. I had to hire a writer from https://www.essaywriting.net.nz/ source to complete my assignment so that I could enjoy this movie freely. He acted very nicely in the movie and I am now huge fan of it. Thanks for sharing these facts about Schwarzenegger I did not know before.