Bill Veeck was a baseball team owner who did some crazy shit. He held a game where the fans used cards to vote on the team's strategy throughout the game while the team's manager sat in a rocking chair. He gave away livestock at games, including, one time, a horse.

And Bill Veeck made a lot of moves that changed baseball for the better. Bill was the first person to bring up the idea of selling Yankee caps to the general public. He was the first one to suggest that instead of selling tickets for an entire series, each game could have its own ticket. He also hired the first black player in the American League, Larry Doby, and after three players on the team refused to shake Doby's hand, Bill fired them.

Sometimes received wisdom is awesome. It gives you a headstart on something. But sometimes received wisdom, those "this is just how we do it" things, like saying it would be stupid to sell Yankee caps or have black people and white people play ball together, isn’t really wisdom at all. It’s malarkey. Bullshit. Nonsense someone was told, and now they’re telling you.

The best way to check received wisdom is to test it. Step outside what you're told and give it a whirl.

Let’s step out into the world of book marketing wisdom and see what we can shake loose.

Balance Pushiness and Humility When Selling Your Book

Worst advice. Most writers need to be more pushy.

You’ll always have a pushy asshole who just can’t shut up about his book, but you know what? He’ll be like that no matter what you tell him. Meanwhile, there are a ton of you who can stand to be a hell of a lot pushier.

Here’s how to know you’re pushing the right amount: Exceed the right amount, be told by someone who cares about you and loves you and knows you well that you’re being too pushy, and then back it up two steps.

Sell Your Book As “X Crossed With Y” 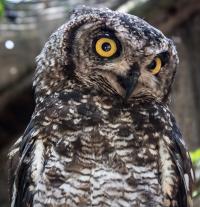 Don’t sell your book as X crossed with Y unless crossing X and Y is a new, interesting idea or intriguing combo. When you tell me it’s Hunger Games crossed with Twilight, that tells me nothing. The gap between those books is like the gap between stones on the Egyptian pyramids: Not even wide enough to slip in a sheet of paper. When you tell me it’s Infinite Jest crossed with A Prayer For Owen Meany, now I just feel like you’re telling me about all the books you’ve read, not the one you wrote.

If it’s a book that’s like Michael Bay directing Sleepless in Seattle? You’ve got my attention. 50 Shades meets Jurassic Park? Okay, I’m listening. But don’t bother giving me touch points with no distance and nothing interesting happening in between. That space in between your touch points is where your book lives. If that gap is too narrow I’ll read the two already-established poles and call it good.

No Need For Buying Beyond The Book

Why do bands have merch tables?

Because A) It’s an easy way to make some money, and B) When someone buys a band’s shirt, they’re turned into a walking billboard.

Why aren’t you offering something to buy beyond the book? Both as revenue and as marketing?

Even if it’s as simple as an enamel pin, a new one exclusive to every title, that’s something. Lots of books have a workbook or themed journal alongside them. Why not yours? Jesus, it takes 30 minutes and zero dollars to get a print-on-demand t-shirt going. Maybe you only sell one. That’s fine. That’s a couple bucks in your pocket and one walking billboard out in the world.

You Have To Space Out Your Books

Publishers will space out an author’s work, even if the author has finished material ready to go. The wisdom here is that they want a full sales cycle for each title without overlapping.

Let’s talk about why that’s dumb.

For one, fans can definitely read as fast as authors can write. Two, when you find a new author, and they’ve got a shitload of books out, it’s an exciting moment. Three, when you’ve got everyone’s attention with Book A, why lose it before you put out Book B? Four: James Patterson.

I’m not telling you you can’t use social media to market your book. I’m telling you that if your entire marketing plan, whether it’s one you came up with or one your marketer came up with, hinges on social media, you should ask some hard questions. And if you turn over all the marketing power to social media for this book, don’t be surprised when your options start disappearing before you can sell your next one. 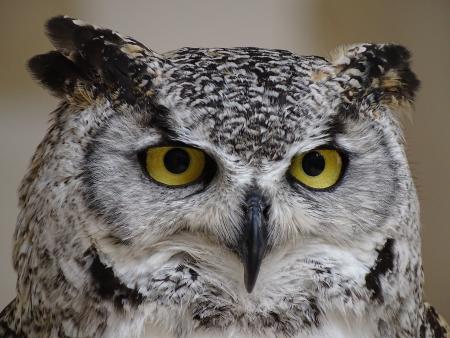 Courting pros is fine, but you might get further courting bookstagrammers, booktubers, and so on. You can probably get more out of them with less input, and they're more fun to work with, anyway, because they don't act like stuck-up jerks who are doing you a gigantic favor by reviewing your book.

Professional reviewers (meaning people in The New York Times and shit) speak to the same people over and over again. Reaching out to a larger group of people, each with a small following, gives you a more diverse audience, which is great for cultivating diehard fans, and it puts your book in front of people who wouldn’t see it in Publisher’s Weekly.

Oprah Doesn’t Put Books Like This In Her Book Club

Changing the material to suit sales is no longer the name of the game.

The most famous example I know of is the removal of a pretty intense section from the original manuscript for Wild by Cheryl Strayed.

Supposedly, her editor told her that this wasn’t going in the book because Oprah does not pick books where the author jerks off her own grandfather.

Writing a book isn't an act of marketing. And marketing isn’t about adapting the creation to be sell-able. It’s about having something great thrown on your desk and figuring out how to demonstrate its greatness to everyone else.

The Author Tour Is Dead

Post-COVID, you need to get back on the author tour game. People are going to be hungry for anything that happens that isn’t in front of a screen.

Author tours are expensive, and they suck for the author, but damn it, they build a fanbase.

Get Tiny Beautiful Things: Advice on Love and Life from Dear Sugar by Cheryl Strayed at Bookshop or Amazon

25 Book Marketing Ideas for the Desperate and Shameless: Field Test