There’s a Czech proverb that says, “You live a new life for every new language you speak. If you know only one language, you live only once.” At least, that’s what the internet tells me. I don’t speak Czech in order to verify this for myself, which rather proves the point. We may not all be fortunate enough to live multiple lives, as the proverb suggests, but translations give us access to ideas, places, and authors that we wouldn’t otherwise be able to enjoy. There's something very compelling about opening a book to read about a place you've never visited before, from the eyes of an author who knows it well. International literature affirms how similar we humans really are at the end of the day; our better tendencies as well as our less savory impulses. A few titles to be released into English this year which focus on the darker end of the spectrum include: 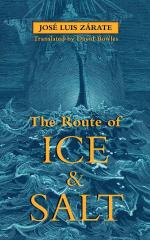 1. "The Route of Ice and Salt" by José Luis Zárate, translated by David Bowles

The Route of Ice and Salt is a reimagined version of Dracula’s crossing of the Atlantic by Mexican author, José Luis Zárate. The novella, which was first published in 1998, has developed something of a cult status over the years with its overt queerness and well-imagined fleshing of a minor portion of the original Dracula story. The Demeter has only to transport 50 crates of Transylvanian soil abroad- what could go wrong? If you’re interested in a thorough review, see Marisa Mercurio’s take from Strange Horizons.

Get The Route of Ice and Salt at Bookshop or Amazon 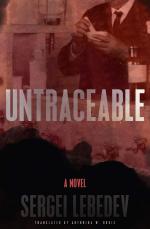 Untraceable is a spy novel and thriller inspired by Russia’s use of lethal poisons against its critics. Lebedev began writing the book after the 2018 poisoning of dissident Sergei and Yulia Skripal, but its timely publication coincided with the high profile attack on Alexei Navalny via chemical nerve agent. The novel centers on a chemist named Professor Kalitin, who is obsessed with creating the perfect poison. A fascinating presentation by the author through 192 Books and Paula Cooper Gallery can be found here.

Get Untraceable at Bookshop or Amazon 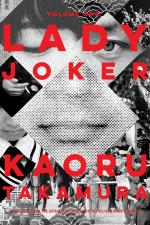 Based on a real kidnapping case perpetrated by “The Monster With 21 Faces,” Lady Joker was first published in Japan in the mid-90s to great acclaim and finally reached English-speaking audiences this April. Who was the Monster With 21 Faces? It’s unclear to this day, but the real criminal or criminals kidnapped the president of a candy company, flagrantly taunted police, and wreaked widespread havoc in 1980s Japan. Lady Joker imagines a group of allied social outcasts who might have committed a similar, fictional kidnapping of a capitalist magnate.

Get Lady Joker at Bookshop or Amazon 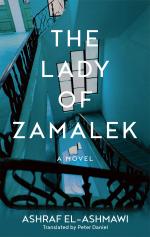 4. "The Lady of Zamalek: A Novel" by Ashraf El-Ashmawi, translated by Peter Daniel

In 1927, a prominent Cairo businessman named Solomon Cicurel was stabbed to death in his Nile-side villa. Cicurel, who owned Egypt’s equivalent to Bloomingdale’s, was a real person. His murder was real as well, and his four assailants were subsequently captured and tried for a burglary that took a much darker turn with the violent death of the victim. The Lady of Zamalek follows the story of an escaped, fictional fifth assailant, and a life on the run that leads the novel through the modern history of Egypt.

Get The Lady of Zamalek at Bookshop or Amazon 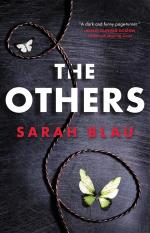 The description of this title legitimately gives me the creeps, but that is what we're here for, after all. As a bit of a warning, I haven’t fully read this book and recognize that it could deal with some disturbing topics, so proceed at your own discretion.

One of Israel’s preeminent feminist scholars is found dead with the word “mother” carved into her forehead and a baby doll fixed to her hands. Two decades before, the victim had joined a group of college-aged women who swore they would never have children. Via the description, “Instead, they would follow the example of 'The Others,' women the Torah considered childless, but they saw as willingly child-free.” Now someone is hunting the members of this group down one by one.

Get The Others at Bookshop or Amazon 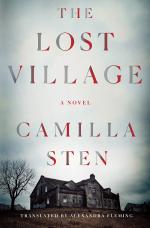 6. "The Lost Village" by Camilla Sten, translated by Alexandra Fleming

The year is 1959. An entire mining town in Sweden has disappeared save two people who were left behind―a woman stoned to death in the town center and an abandoned newborn. It's a bizarre story, and one that documentary filmmaker Alice Lindstedt feels especially connected to, given that her grandmother's family were among the missing. In the present day, Alice has gathered a small crew of friends in the remote village to make a film about what really happened there years ago. As a series of sinister events begin to unfurl, it becomes increasingly clear that the village might not be as abandoned as they thought. A lot of reviews have drawn parallels to this title and The Blair Witch Project or Midsommar, but it also brings to mind a personal favorite author, Jennifer McMahon, who frequently sets her tales in rural, isolated villages amidst disturbing disappearances.

Get The Lost Village at Bookshop or Amazon 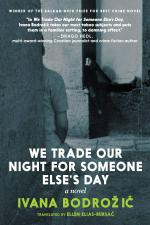 7. "We Trade Our Night for Someone Else’s Day: A Novel" by Ivana Bodrožić, translated by Ellen Elias-Bursac

Billed as a taut political thriller of the ex-Yugoslavia wars, We Trade Our Night for Someone Else’s Day follows Nora, a journalist assigned to write an article on the perpetrator of a crime of passion―a Croatian high school teacher who fell in love with one of her students, a Serb, and is now in prison for having murdered her husband. But Nora herself is the daughter of a man who was murdered years earlier under mysterious circumstances, and the assignment stirs memories of the violence in her own past. Bodrožić was born in Vukovar, where the story is set but not directly named, and she lived there until she was displaced by the Yugoslav wars.

Get We Trade Our Night... at Bookshop or Amazon 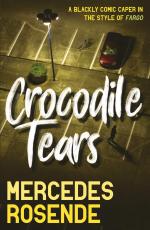 Diego, a prisoner in Uruguay, was betrayed by his partner in crime and arrested for kidnapping a businessman. Now his lawyer announces that he'll be set free, as the businessman will not be pressing charges, having found Diego to be a very inept criminal. But Diego's lawyer also requests a favor in exchange for freedom―holding up an armored truck in Montevideo. From the Amazon description, "The mad and hilarious caper includes the robbery of course which degenerates into appalling violence, a few murders, and the general bungling of affairs by all the men involved." With touches of black humor, Crocodile Tears has generated recommendations for fans of the Cohen brothers.

Get Crocodile Tears at Bookshop or Amazon 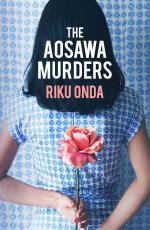 9. "The Aosawa Murders" by Riku Onda, translated by Alison Watts

I'm bending the rules a bit with this title, as it technically came out in 2020. However, as the author has another upcoming title out in 2022, I thought it fair game to add their name to this list. In The Aosawa Murders, a summertime birthday party ends with 17 deaths. The source: drinks spiked with cyanide. The only individual who escapes injury altogether is Hisako, the hosts' blind daughter, who many believe may have had some role to play in the deaths. Riku Onda's upcoming novel is a murder mystery/psychological thriller called Fish Swimming in Dappled Sunlight, slated for release in August, 2022.
Get The Aosawa Murders at Bookshop or Amazon 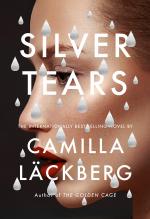 Faye Adelheim is wealthy beyond imagination, a successful business mogul, and her ex-husband, the monster who killed her beloved daughter Julienne, is living out the remainder of his days behind bars. But there's a lie underpinning Adelheim's extravagant life: her daughter is actually alive and well and so is her mother, the woman Faye’s father was sentenced for allegedly killing years ago. Läckberg is also known for The Golden Cage, which was released into English last year and tells the story of a scorned woman seeking revenge, which drew comparisons to Gone Girl and Big Little Lies.

Get Silver Tears at Bookshop or Amazon

Did we miss anything? What bone-chilling tales are you reading beneath the covers this year? Let us know in the comments!