It’s almost the holiday season again, so I’m here to do the perennial good work of keeping readers from murdering their families by providing an ulterior outlet via reading about death and dismemberment. Or, hey, maybe you just want to peacefully curl up with a new read as the weather gets colder. No judgement either way. The following are a few upcoming and recently released titles for the tail end of 2021. 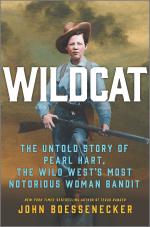 This early November release tells the story of a “bandit queen” who was famous in her lifetime for robbing stagecoaches in the American West, but whose legacy has been largely swallowed by history. Boessenecker’s summary promises high adventure on the historical frontier, and early reviews have praised it as a lively and well-researched look into what may have driven a woman named Pearl Hart to a life of crime.

Get Wildcat at Bookshop or Amazon 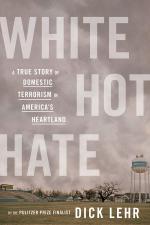 White Hot Hate covers an averted 2016 domestic terrorism plot in a Kansas farming town that came within a hair’s breadth of turning deadly. An FBI informant befriended three men intent on targeting the local Somali community, acting as law enforcement’s eyes and ears for eight months. His secretly taped conversations with a group of rural militia members proved instrumental in preventing their intentions from being brought to fruition. White Hot Hate takes place near the setting of Truman Capote’s In Cold Blood and sheds illumination on the significant threat that is domestic terrorism in the United States.

Get White Hot Hate at Bookshop or Amazon 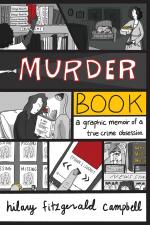 On the (slightly) lighter side, New Yorker cartoonist Hilary Fitzgerald Campbell is debuting a graphic memoir that deals with true crime from the perspective of a reader and an avid fan of the genre, while also analyzing some of the cultural angles of the genre’s popularity. My general impression from the Amazon preview is that it looks fun and wine is mentioned frequently.

Get Murder Book at Bookshop or Amazon 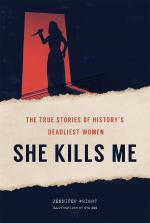 4. "She Kills Me: The True Stories of History’s Deadliest Women" by Jennifer Wright

She Kills Me is a collection of stories of 40 women who murdered out of necessity, fear, revenge, and even for pleasure. From the summary: "There are countless studies and works of art made about male violence. However, when women are featured in stories about murder, they are rarely portrayed as predators. They’re the prey." The tales in She Kills Me span the globe and the course of centuries, showing that the darkest side of humanity is not constrained by gender.

Get She Kills Me at Bookshop or Amazon 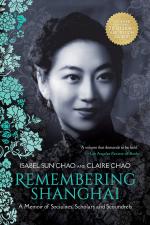 5. "Remembering Sanghai: A Memoir of Socialites, Scholars and Scoundrels" by Isabel Sun Chao and Claire Chao

As soon as I scrolled across its summary, this book moved to the top end of my personal to-read list. Remembering Sanghai follows generations of a family on their journey from a high position bestowed by China's empress dowager in glamorous 1930s and 40s Shanghai, to their flight to Hong Kong with the rise of Mao. The blurb reads, “Isabel returns to Shanghai fifty years later with her daughter, Claire, to confront their family's past—one they discover is filled with love and betrayal, kidnappers and concubines, glittering pleasure palaces and underworld crime bosses.”

Get Remembering Shanghai at Bookshop or Amazon 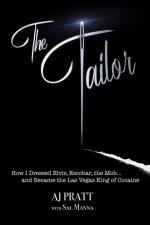 6. "The Tailor: How I Dressed Elvis, Escobar, the Mob...and Became the Las Vegas King of Cocaine" by AJ Pratt and Sal Manna

Beyond that title, what more do you need? Admittedly, I am just a little hesitant to blithely swallow every tale that the internet wants to sell me in a Kindle format, but as the summary itself points out, “You know about those who are caught.”  And there's no denying that it's an attention-grabbing pitch. Pratt supposedly buddied up to everyone from Elvis Presley to Pablo Escobar, making clothes for the Mob and selling tons of cocaine through the 1970s and 80s without ever being caught.

Get The Tailor at Amazon 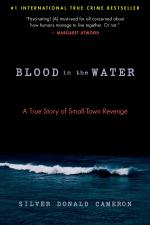 7. "Blood in the Water: A True Story of Small-Town Revenge" by Silver Donald Cameron

Blood in the Water is the story of the death of a man named Phillip Boudreau, who was murdered at sea on the North Atlantic in an act of vigilante justice. While out checking their lobster traps, three men witnessed Boudreau in his boat, the Midnight Slider, about to vandalize said traps. It was a repeat offense that cost thousands of dollars from their seasonal livelihoods, and local law enforcement seemed unable to act. So one of the men decided to take the law into his own hands and fired four shots at Boudreau.

Get Blood in the Water at Bookshop or Amazon 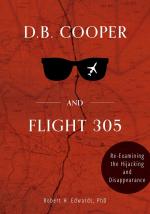 8. "D.B. Cooper and Flight 305: Re-examining the Hijacking and Disappearance" by Robert H. Edwards

The dangerous thing about the "D.B. Cooper” case is that once you start reading about it, there are endless rabbit holes to fall down. For the uninitiated, it’s the only unsolved act of air piracy in U.S. history, and November 24, 1971 marks its anniversary. Fifty years ago, a man calling himself "Dan Cooper" hijacked Northwest Airlines Flight 305, Boeing 727, between Portland, Oregon, and Seattle, Washington. At Seattle International Airport, he demanded and received $200,000 and four parachutes, released the passengers, and ordered the crew to take him to Mexico. Somewhere along the way, he jumped and hasn’t been seen since. Whether he lived or died and what happened to the mysterious man has been fodder for dreamers, schemers and researchers in the five decades since.

Get DB Cooper and Flight 305 at Bookshop or Amazon

Hope these titles provide a well-needed diversion this Holiday season. What true crime titles are on your list?

LURID: In Cold Blood - The Art of Murder

Breaking the Rules: How the Serial Podcast Achieved its Insane Popularity