If you haven’t sold off your Trump parody book by now, you’re screwed.

It was a fun ride and all, but it’s over.

I know, I know, impeachment, yadda, yadda. Trust me. Once the dude is de-White-House-ed, one of two things happens:

Let’s take a look back and see what got published, what was popular, and what, if anything, can be said about this whole mess of Trump parody books. 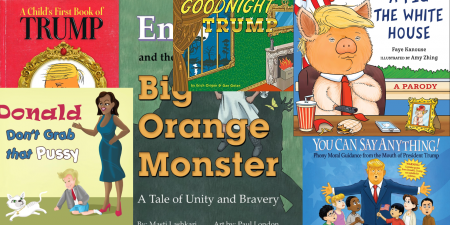 I mean, take your pick, they’re all the same sort of thing. “Trump’s a baby” is the basic tenet here.

These are a little baffling to me. Who are these for? Kids who are of an age young enough they can’t read yet, but somehow also understand and have opinions on politics? Yes, I know your kid held a sign at a protest and tells you “Daddy, Trump is mean.” I hate to burst your DadPride Bubble, but if your kid were raised by a hardcore conservative, at age 4 they’d be outside Planned Parenthood, holding a sign that says, “Glad I wasn’t aborted.”

But hey, just in case, feel free to comment with the most salient point your child has brought up, on purpose, about... how about America’s place in world economics?

These books are such a hardcore cash grab. Throw a hundred words between hard covers, hook up with an illustrator, and you’ve got a gag gift that retails for $17 bucks.

If you want to give someone a gag gift that’s got staying power, get a picture book about butts or farts. That shit's evergreen. Everbrown? Whatever, it's funny forever. 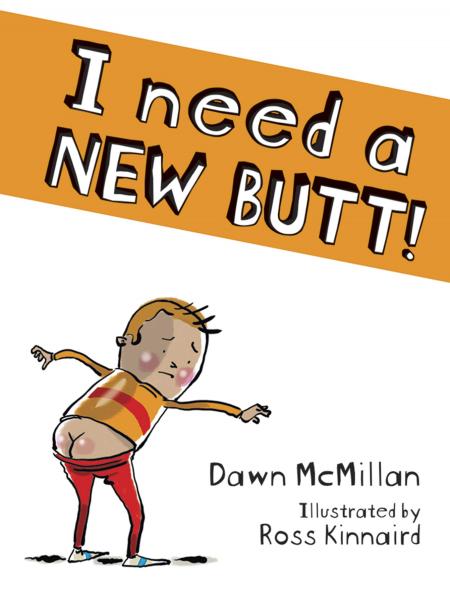 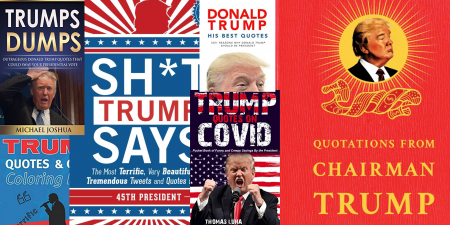 I can definitively say what becomes of these books. Because I’ve seen the process before. 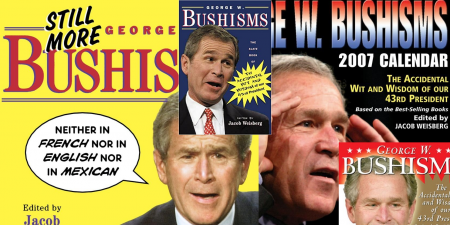 During the W. years, there were countless books of this type. And there still are, they still exist, it’s just that nobody wants ‘em. They populate thrift stores, used bookstores, and there are 116 copies on Amazon to be had for less than $5.

Let me put it another way: If you saw someone reading a book of George W. Bush quotes in a coffee shop... wouldn’t you wonder what the fuck was going on? Was this the only book the reader could access for some reason? Are they writing a biography of W.? Is this person a time traveler? Is a curse involved?

Books don’t have to be great forever in order to be great. But a book with a 4-year shelf life is a terrible investment of time to compile, publish, or read.

The Joke As Manipulation 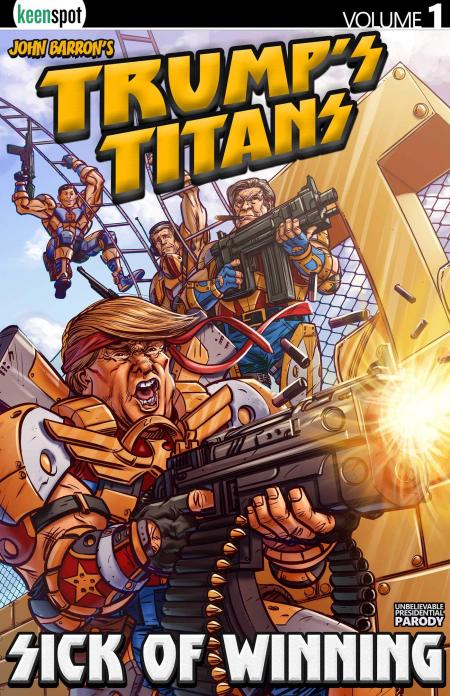 This one is a little inside baseball. You have to know some specifics about Trump to really enjoy it. 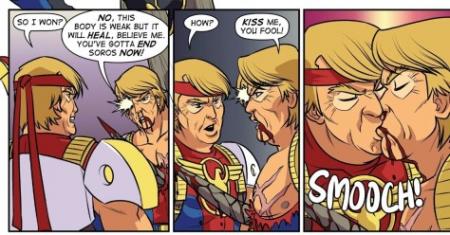 What skeeves me out about these books is the way they manipulate readers. They make a reader feel clever. The reader spots the parody points, and that makes them feel like they’re smart. It’s like a mystery with an easily-guessed outcome. People keep reading them because they like how those books make them feel. "I solved the mystery shortly before the detective!"

This kind of humor is more an emotional manipulation of the reader's self-esteem than it is a joke. Making a reader feel smart is easy. Telling funny jokes is hard. 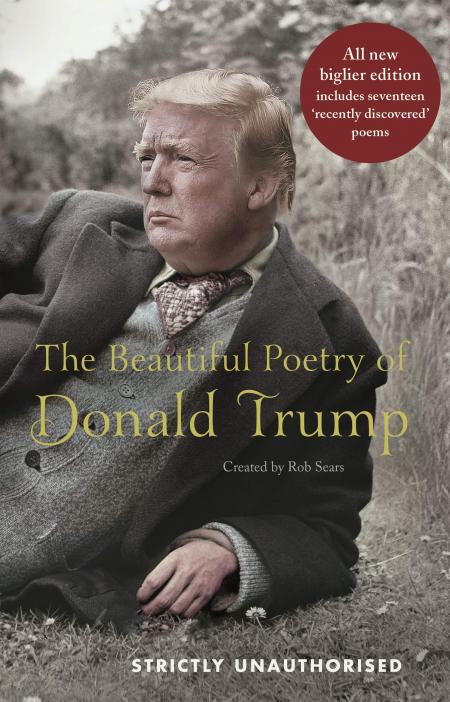 This one is interesting for the exact amount of time it takes to read three of the poems.

Someone took Trump quotes and transformed them into sensitive, personal poems. Good premise. Then it overstays its welcome. Like an SNL sketch where you get the joke, and then it goes on and on without escalating or twisting the joke to make it something new.

This one, and books like it, get full credit for creativity and effort. But the joke with the highest input of effort is not the funniest.

When it comes to the Tingleverse, there’s always room for a special category.

Our buddy Mr. Tingle, excuse me, DOCTOR Tingle, has put out the following Trump books: 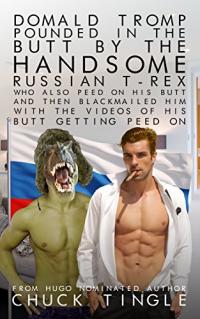 And this is leaving out the books about Mike Pence, other politicians, and some political-but-not-Trump-specific titles. This isn't even ALL of his Trump books. Historians will have a hell of a task in reassembling the publication career of Chuck Tingle.

If you know anything about Dr. Tingle, you know that he’s perhaps a literary genius, perhaps a financial genius, and perhaps a man caught in a hell of his own making. With someone like Trump in the world, Dr. Tingle had no choice. Someone had to be pounded in the butt, and with the entire world watching the same person, the intertwined fates of Trump and Dr. Tingle were sealed.

The Subtle Not Subtle 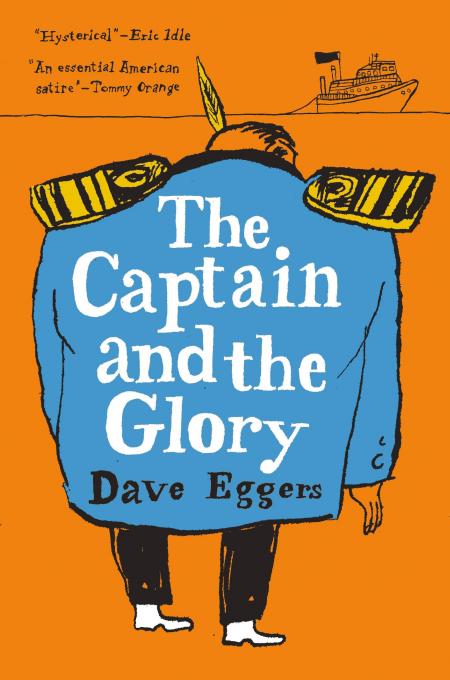 Dave Eggers. I mean, if you’re reading Dave Eggers, the chance that you’re conservative is like zero. Is there one conservative, diehard Eggers fan out there? Are you that unicorn? Can we study you?

Dave Eggers wrote this sort of allegorical, parody thing. It’s pointless. Even if you agree with the politics, the events of the book basically follow the events of Trump’s last four years. Take America, make it a boat, boom, you’re there.

It’s not bad. It’s just a little disappointing for the former literary wunderkind, who I guess is a wunderman now?

This one just feels like a rough draft that doesn’t go far enough. It makes plenty of good points, but... who cares? I could write a book called 400 Reasons You Should Throw Out Your Silverware Drawer Sorter, and I could definitely make 400 good points on that one (don't test me). But it'd be boring.

Being right and being entertaining are not the same thing.

Trump might be above parody. Or below it. Either way, he’s immune to it. Like any effective grade school bully, he manages to make fun of everybody in a way that sticks, and he himself is teflon.

If I'd been knee deep in a Trump parody when he called a deadly pandemic the “Kung-Flu,” I'd have crumpled up my sheaf of papers or crumpled up my laptop (I have excellent grip strength and buy VERY cheap laptops) and tossed everything out. How do you parody a parody?

The good news, in a situation where the margin of parody is thin, we can learn something about future parodies.

As a reader, I've got one ask of parody writers: Don’t waste my time.

Overstaying your welcome, writing a 200-pager when 80 will do, is wasting my time.

A joke premise needs to be backed up by genuinely funny contents. If the first and last joke are on the cover, just make a poster.

A poorly-masked joke that relies on a reader feeling clever, mistaking recognition for humor, is boring at best, a little gross at worst, and a waste of my time. My self-esteem is unbelievably low. Your book used up a little shot of my self-esteem for a brief high.

Check yourself: Maybe your book was fun to write, but is it fun to read?

Trump is a lot of things. The one thing he’s not? Boring.

If you’ve written a boring parody book about Trump, you’ve wasted your time, my time, and some of the best, ripest parody material of all time.

And hey, maybe we luck out and there is no "next time." In which case this column is worthless, and I'm 100% okay with that.

Get What Are You Laughing At?: A Comprehensive Guide to the Comedic Event by Dan O'Shannon at Bookshop or Amazon

How to Fight Fascism with Superheroes

How Did Comics Become a Social and Political Battleground?

10 Authors Who Should Run for President

I think you make some telling points about the shortcoming of these parodies, like trying to stretch a solitary joke to hundreds of pages...

A recent indie parody I read takes a smarter approach (in my opinion).  It's novelette length and mainly focuses on detailed aspects of Trump's actual policies and business decisions, satirising them in the form of one overarching political speech given by Trump himself.

There's a link to it below, it would be interesting to know what you think: