This is the sixteenth post in Joe Biel’s Business of Publishing blog tour series. Each article attempts to spread information about best practices within the the publishing industry and clarify common confusions.

Whenever I complain to my mentors that mainstream publishing outlets and institutions are ignoring the work that I’ve been doing at Microcosm Publishing for the last 20 years, they always respond “Are you following submission guidelines and schedules?”

I’ve written quite a bit of reference material on how various aspects of publishing work as well as my new book, Good Trouble, about how Asperger’s influenced my 20 years of publishing experience, but oddly I have never broken down the basics.

I am mostly talking about nonfiction here, but this is solid advice that can be applied to fiction as well.

The average book with publisher support sells only 3,000 copies in its lifetime. That includes every bestseller, every Hollywood movie adaption, and every mid-list title with immense advertising and publicity dollars pushing it into the reader’s consciousness. That means most books don’t even come close to that.

The even worse news is that a “self-published” (for our purposes, publishing a book without publisher support) book has average lifetime sales of only 250 copies. The reason for this mostly relates to the key functions that a publisher serves: market analysis (seeing what other books sit on the same shelf, how crowded it is, and where there is room for something new) and title development (how to distinguish from what already exists, telling readers what benefits the book offers them). The reason that you are more likely to win the lottery than have a best-selling self-published book is because the books are saturating the shelves and overwhelming readers. There are 4,000 new books being published every day which creates an overwhelming amount of information and fewer copies sold of each book even at a time of record book sales. How do you reach people who have potential interest in your book and “succeed” with numbers like that?

Professional publishers operate on a three-year schedule that extends from submission acquisition till publication date. This slow timeline is perhaps the number one thing that I hear questioned from authors and strangers who attempt to mansplain my industry to me. “Is it really necessary with all of these modern tools?” they smugly ask. And the answer, despite the incredible volume of marketing dollars Amazon has spent to insist otherwise, is “More so than ever.”

To overcome the implicit risk in publishing each book, the first year after acquisition is spent investigating what books are already out there and still in print (both via Google and at bookstores), speculating about what the world will be like in two years, and figuring out which month is best for release while not being lost in a sea of similar titles. Simultaneously, the author works with a developmental editor to make sure that the best book possible is produced but also to ensure that the book delivers on every promise that the marketing offers.

The second year is spent developing the most effective cover design for the book (based on similar titles) and having it reviewed by several people with experience, letting the author work with a line editor to flesh out the details of the book once the major bone structure is in place, and familiarizing everyone who will be working on the book about the various things that it offers, ways that it can be sold, and how to talk about it.

The third year is spent informing the industry about the book that is going to be published. Sales people begin approaching store, wholesale, and account buyers to show new titles between six and nine months before publication, depending on the season. Most bookstores sell only one copy of each book in the store per year. As a result, many books will never be purchased for the store for fear that they will fail to sell even that many. As a result, the best practices developed within the industry rely upon finding three to ten “competitive/comparable titles,” books that buyers would be familiar with that have a similar audience, publishing scale, and budgets to your own book. The believability of these “comps” will influence a buyer’s decision. If the comp is over five years old or not actually comparable (a bestseller, for example), then they will be dismissed. But if the comps are helpful and reasonable, they will tell the buyer how many to purchase as well as giving a familiar quick reference to professionals at every step of the process. With so many books being published, no one has time to read every book. But with a healthy mix of comps, we can see an amalgamated view of what a book offers and who it is for.

A good five-second pitch and some reasonable comps are also helpful for reviewers, which books are sent out to roughly six months before publication. Since reviews run before a book has seen publication, it’s vital to give reviewers time to decide how to feature the book, to read it, and to review it. If they receive a book too late, this becomes impossible.

The feedback from buyers and reviewers often can prompt last minute tweaks to the cover, blurb language, subtitle, or even the actual content of the book. It can literally save a book’s potential once it is published. 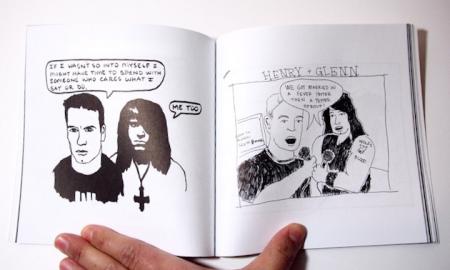 Let’s be honest: Nobody gets involved in publishing because they are an aspiring scientist that wants to follow rigorous timelines and instructions. For this reason, everyone (including me) has flagrantly violated the tried-and-true publishing schedule of a book. Mostly because even after we know the best practices, we are simply so excited about a book that we cannot wait three years to bring it to the world. Sometimes it’s because of the publicity opportunity of an important anniversary that relates to the book or because we simply don’t know what we’re doing. But mostly it’s the excitement.

The biggest reason that self-publishing has only 8% of the potential of publisher-supported books is because it immediately revokes the potential for so many of the important steps in a book’s chance of survival. That’s not to say that publishers don’t make mistakes or blow hard about their wisdom and expertise. It’s to say that experience and wisdom are often the best guiding factors in development. At the same time, by utilizing these methods and following proper protocol, your book can be much more successful than it would without this knowledge.

On the other hand, sometimes breaking the rules can be the greatest cause of success. We published Henry & Glenn Forever, our second most popular book ever, without a distributor or advance publication schedule. We literally sent it to the printer as we received the finished book. By most measures, it should have flopped, until an LA Weekly writer discovered it and wrote a perfect review. Over the next few months National Public Radio, MTV, and Entertainment Weekly followed suit. Despite our website being the only place that you could purchase the book, we sold tens of thousands in direct mail order sales. Before long, the wholesalers and distributors began approaching us, complaining that we hadn’t supplied the book to them. But they were selling faster than we could print them. Would the situation have worked out the same way if we had handled it on industry schedules? There’s no way of knowing. So follow your gut and do what you think is right. But unlike me, be informed about the decisions that you are making.

Joe Biel is the founder of Microcosm Publisher, a 20-year-old self-made publisher that draws origins, inspirations, and methods from punk rock and the author of Good Trouble: Building a Successful Life & Business With Asperger's.

Want to learn how to write effective personal essays and place them for publication? Then check out this four-week workshop with Chloe Caldwell!