Saved By The Supporting Characters

When it comes to fiction, I’m a character woman. A novel is nothing without an unforgettable protagonist, right? The plot can be nonexistent as long as the characters are well written and absorbing. Perhaps that’s why I’m surprised when I really enjoy a book with a lackluster main character. Sometimes, what is usually a let down will matter less because the supporting and peripheral characters are so compelling.

The protagonists of these novels may not stand out, but the people they meet on their respective journeys sure do. 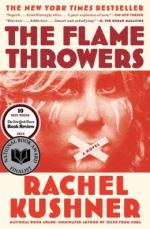 1. 'The Flamethrowers' by Rachel Kushner

I really enjoyed The Flamethrowers. It’s truly a novel written for people who love a beautifully constructed sentence. But I took some issue with Reno, the story’s protagonist. The Valera family kept me hooked to the story in a way that she couldn’t. Her risks seem sloppy rather than set in any desire for success, and like many disappointing protagonists, things just seem to happen to her. Even her actions didn’t seem active. Sandra Valero and Ronnie Fontaine’s relationship is deliciously complicated, somehow more compelling than Reno’s relationship with each of them separately. Giddle, a woman who considers her waitressing job and general lifestyle to also be her art, claims that to not want to be a success is the more interesting option. I eagerly awaited her return to the narrative, constantly trying to decide for myself if she was sincere in this claim. I see characters like Reno all the time, but Giddle is a rarity 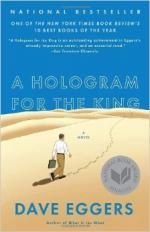 2. 'A Hologram for the King' by Dave Eggers

I apologize in advance for being a bit cruel, but while reading Egger's novel I couldn’t help but think, “Man, the cyst on Alan Clay’s neck is more intriguing than the man himself.” Alan is a middle-aged man who is unhappy with his personal circumstances. He spends the entirely of A Hologram for the King waiting for King Abdullah, who may or may not show. up. Another protagonist waiting for someone else to determine his future! Yousef, Alan’s driver and eventual friend, lights up the narrative, telling crazy stories and infusing a kind of joy into the novel. Dr. Zahra Hakem removes Alan’s cyst. Later, they share a clumsy, intimate moment. Her inner strength is striking in comparison to Alan’s floundering. These two peripheral characters kept me engaged with the novel, and coming out of it, I liked it very much. 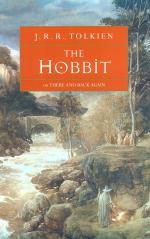 If Bilbo went on a journey alone, he’d probably turn around before he reached the border of the Shire. I mean, Gandalf has to trick him into the journey! He doesn’t add much to the company initially, complaining more than anything else, but Gandalf, the coolest wizard of all time, and the dwarves must rub off on him at some point, because he does become more of a dynamic character as the novel progresses. I suppose finding the ring helped him grow, too. Tolkien’s world is so rich, frightening, and full of interesting characters that it is not surprising for a hobbit like Bilbo to get lost in the mix. Still, he somehow managed to snag the title. 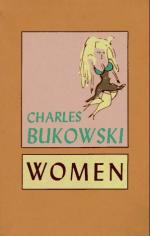 Henry Chinaski just won’t quit. Okay, to some extent, Ham on Rye feels different from his other work. If it weren’t for the folks he meets throughout the course of his other novels, though, there would be very little variety. I remember reading Women, and eventually even his various affairs started to blur! Even the supporting characters couldn’t stop the same old tricks. Still, Bukowski’s like some sort of incurable disease I contracted as a teenager when I was looking to read something scandalous. It is worth diving into the cynical abyss of his work, if only to pluck out some of the best written lines of all time. You’ll have to search through pages and pages of alcohol and sex, sure, but you’ll find them. I love him still. 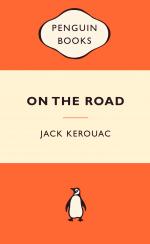 Sal Paradise is a depressed, recently divorced man at the start of On The Road. When he meets Dean Moriarty, everything starts to change. Sal is a boring protagonist in the best way. He listens, watches, and documents. He has a knack for meeting “the mad ones.” The key to On The Road's influence is perhaps Kerouac’s observant, introspective narrator. Sal Paradise may be the best worst protagonist. What an honor!

So, it is possible to love a novel, even if its main character isn’t exceptional. I was impressed with all of these books when I read them, and I must admit that after meditating on them once again I am tempted to reread them, boring protagonists and all.

Five of the Best Books I Ever Reread

I call this The Seinfeld Effect.

But I gotta say, even though I get what you're saying with On the Road's supporting characters being great, I thought Sal Paradise himself was excellent.  That could just be because I love Kerouac's narration.

Thanks for the wonderful article. Much like in film, character actors are sometimes more interesting than the lead. In the case of Kerouac, I always felt like all of his characters were supporting characters, the narrative itself was the main character. But that's just me.