The Girl with the Dragon Tattoo. There, we got it out of the way.

Scandinavian crime fiction: What else is there? Well, there's plenty, but which ones should you read? Beside Stieg Larsson, you're probably looking at Henning Mankell, Håkan Nesser, Camilla Lackberg and Liza Marklund. I'm not a fan of the last two, so I won't talk about them here, but you can always check them out on Amazon. But let's talk about what I do like. 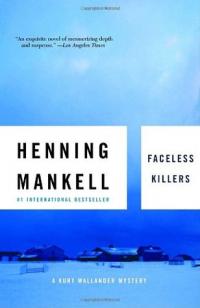 Probably not as gritty and depressing as what you'd usually expect from Sweden, Mankell's most famous creation is Inspector Kurt Wallander. Wallander is a sometimes depressed, opera-loving, divorced, diabetic old-ass detective who struggles daily with his place in the world. The first book in the series is Faceless Killers.

It was a senselessly violent crime: on a cold night in a remote Swedish farmhouse an elderly farmer is bludgeoned to death, and his wife is left to die with a noose around her neck. And as if this didn’t present enough problems for the Ystad police Inspector Kurt Wallander, the dying woman’s last word is foreign, leaving the police the one tangible clue they have–and in the process, the match that could inflame Sweden’s already smoldering anti-immigrant sentiments.

Okay so it's not exactly a bright and happy series of books, but I've seen worse. There are twelve books out featuring Kurt (and one featuring his daughter, also a detective). It's best to start at the beginning, with Faceless Killers, but it's not obligatory.

There's a British TV remake of the Swedish TV series, and a bunch of Swedish movie adaptations you can check out if you get really into it. 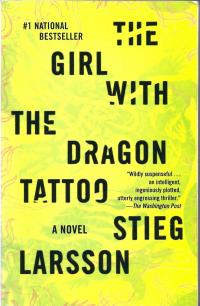 I know I said I got Dragon Tattoo out of the way, but I’m sure there’s people out there that haven’t read the books yet. Granted, at this point there’s some oversaturation going on, to the point where readers are tired of hearing about Stieg Larsson, but I’m here to do a job and I’m doing it right.

The Millennium Trilogy is made up of The Girl With the Dragon Tattoo (a somewhat strange translation of, Män som hatar kvinnor, which is Swedish for Men Who Hate Women, and a much more apt title). The protagonist here is not a cop, but a journalist (much like Stieg) who’s trying to solve a kidnapping case from 36 years ago. There’s also a victimized goth hacker girl for some reason, but I’ll leave the discovery to you.

Harriet Vanger, a scion of one of Sweden's wealthiest families disappeared over forty years ago. All these years later, her aged uncle continues to seek the truth. He hires Mikael Blomkvist, a crusading journalist recently trapped by a libel conviction, to investigate. He is aided by the pierced and tattooed punk prodigy Lisbeth Salander. Together they tap into a vein of unfathomable iniquity and astonishing corruption.

After his books blew up, so did a bunch of controversy about them, his life, his writing, what kind of car he drove (probably a Volvo, if I know my older Swedish men, and believe me, I do). Proof that death is literally the worst thing that can happen to a writer at the height of his success.

There’s three books in the series, with a continuation written by David Lagercrantz coming soon under the title The Girl in the Spider's Web. I’m gonna guess you’ve already seen the David Fincher movie, but the Swedish original is recommended. 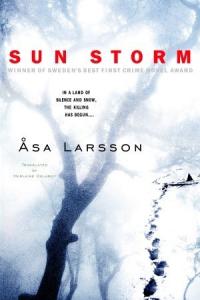 Larsson’s series features investigator Rebecka Martinsson. It leans a bit towards the occult, which is why I’m including her here instead of mega-authors like Camilla Lackberg and Lisa Marklund.

The series opens with Sun Storm (the UK gets a far more metal title: The Savage Altar. No idea what the hell a sun storm has to do with anything. Granted, that’s the original title, but come on…SAVAGE ALTAR!)

A church in the glittering frozen wastes of northern Sweden. Inside, a sacrifice: the body of a man - slashed to pieces, hands severed, eyes gouged out.

The victim's sister, Sanna, is first to discover the body and immediately finds herself the police's only suspect. Terrified and confused, she calls on a friend: hot-shot city lawyer Rebecka Martinsson.

This novel takes place in my neck of the woods, Northern Sweden. All you need to know is that we live in perpetual darkness during the winter, with maybe a couple of hours of daylight. It’s essentially 30 Days of Night, but without vampires and closer to Six Months of Night. It's a pretty good place to set a murder thriller. Never come here.

Sun Storm has been adapted into film. Besides her Rebecka Martinsson series, Larsson has a bunch of other books out, some of which have been translated. 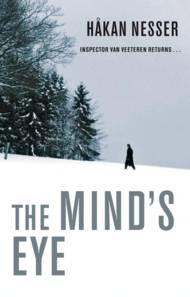 Nesser’s Van Veeteren novels are set in a fictional country that’s more or less Sweden, mixed in with some lesser, happier countries like Germany and Poland, at least according to Wikipedia, which makes it sound dubious at best. Veeteren is a Sherlock Holmes knock-off and kind of a snob (I mean, he likes chess, for god’s sake). Basically, he’s the kind of man who retires after five books but then continues solving crimes out of his antiquarian bookstore. I feel that this should tell you all you need to know in order to make a decision on whether you want to read them or not.

Start with The Mind's Eye, go from there.

Janek Mitter stumbles into his bathroom one morning after a night of heavy drinking, to find his beautiful young wife, Eva, floating dead in the bath. She has been brutally murdered. Yet even during his trial Mitter cannot summon a single memory of attacking Eva, nor a clue as to who could have killed her if he had not. Only once he has been convicted and locked away in an asylum for the criminally insane does he have a snatch of insight - but is it too late?

Most of his books have Swedish movie adaptations (some made for TV, but our TV movies aren’t as trashy as yours, so they’re actually pretty good). 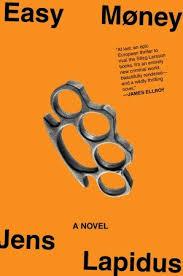 Here’s an up and coming, albeit already best-selling author in Sweden. Personally, I’m not a big fan, but I wanted to mention something that's a bit different from the others. Lapidus writes crime fiction that’s a bit more contemporary. His first book, Easy Money, is about a dude who likes to hang out with rich douches but can’t afford it, because he’s actually a taxi driver. This leads him to start selling coke and getting involved with some seriously not-nice people. You can surmise the rest; bad things happen.

Jorge Barrio is a drug dealer who's in jail again after his accomplices flipped on him to save their own hides. Meticulously, he plots his revenge. Meanwhile, JW, a student working part time as a cab driver is having trouble keeping up appearances with the rich party crowd he so desperately wants to join. And Mrado—the muscle behind a Yugoslavian mob boss—who cracks fingers with one hand and strokes his daughter's cheek with the other, is growing tired of being the go-to man for all the dirty work without any reward. As the three become intertwined trying to carve out their own niches in the world of coke-dealing and organized crime, the stakes get higher, the money rolls in faster, and the game gets even tougher.

There’s 2 more in the trilogy, already conveniently translated into English. There’s Swedish movie adaptations for all of them, but they're not very good.

Got any favorites? Found something good among my recommendations? Let us know!