Comics in October, just like about every other medium out there, quickly fill up with Halloween-themed material. Some of it is very fun, and some is an obvious (and annoying) cash grab. But I thought rather than look at those, or the very traditional horror comics — of which there are legion — I’d take a look at five great horror comics for a variety of tastes, ranging from the more subtle to the absolutely grotesque. Hopefully that means there will be a scary comic for everyone. 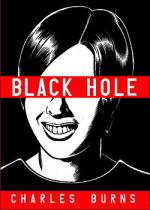 If you like your horror a bit more subtle, layered, and real world, look no further than one of the greatest graphic novels of all time, Charles Burns’s Black Hole. Focusing on the plight of teens mutating in (mostly) grotesque ways as the result of a sexually transmitted disease, Burns’s story is dark and important. Dealing with themes of alienation, adolescence, and sexual awakening, the story is both heartbreaking and terrifying, if in a more nuanced way than some of the others on the list. Burns’s story is all the more frightening for its realism and how effortlessly human it feels. Add to the story Burns’s hauntingly stark black and white visuals, that feel built from black rather than white, and you have a book that has won at least 10 major comics awards and belongs on every true comic fan’s shelf. If you can afford it, go for the hardback edition, it’s worth every penny. 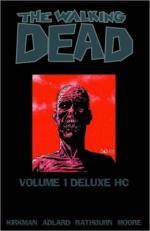 2. THE WALKING DEAD (Omnibus One and Omnibus Two)

If like your horror with the traditionally allotted number of zombies then Robert Kirkman, Tony Moore, and Charlie Adlard’s The Walking Dead is obviously the book for you. While the current run of The Walking Dead (which is on issue #115) maybe doesn’t belong on this list, there’s no doubt that the groundbreaking series, early on, was doing some of the best horror stories, and certainly the best zombie stories, comics had ever seen. The story follows hero Rick Grimes and a series of other survivors including his wife and son as they try to survive (and then eventually thrive) in a zombie apocalypse. Like any good horror story, the obvious horror is of the man versus nature (assuming Zombies as nature) variety, but what’s just as likely to get you in The Walking Dead are the man versus man and man versus himself aspects. The Walking Dead single handedly brought me back to reading monthly comics, after I spent an entire day poring over the first Omnibus (if you can afford the omnibus – volumes 1 and 2 are excellent – I highly recommend them as the oversized treatment is spectacular). Terrifying and wonderful, The Walking Dead is chock full of drama, and both the black and white artwork and the constantly raising stakes will keep you glued to your seat. And when you read, keep in mind, no one is safe. Truly, no one. 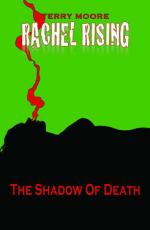 If you like your horror with a slower burn, and with fascinating ladies at the forefront, check out Terry Moore’s Rachel Rising. Moore’s story of Rachel, a girl who rises from the dead and is about to find out her hometown is headed for some very dark days, is stunningly beautiful while also managing to be haunting and creepy. I don’t want to spoil some of the reveals (the series is on issue #20 and the story points are still unfolding) but it’s compelling stuff. And with gorgeous black and white artwork and pared back writing, the book is quiet and deadly while being beautiful enough to draw in any unsuspecting victims. As mentioned it’s a slower burn and executed with a much more subtle hand, but there’s plenty of horrors to unveil from murderous children and demon possession to a town infested with rats (yeech). 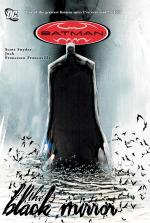 If you like your horror to come with superheroes, look no further than Scott Snyder, Francesco Francavilla, and Jock’s stunning Batman: The Black Mirror. Collecting Detective Comics #871 - #881 this is both Batman and horror at its best. Scott Snyder loves horror and does it exceptionally well, but never better than in this tense, smart, Detective Comics run that follows two different tracks and uses two vastly different but equally compelling artists (Francavilla and Jock) to relay the tales. While I don't want to give away some of the best moments in this book, I can say, without reservation, that one of the sequences belonging to Scott Snyder and Francesco Francavilla is some of the most tense and pitch perfect comic work I have ever read. This is also notable as in addition to being one of the best Batman stories I’ve ever read, it also happens to feature Dick Grayson as Batman, instead of Bruce Wayne (since Bruce was believed dead at the time). This is good comics and great horror, and it has the New York Times Bestseller ranking to prove it. 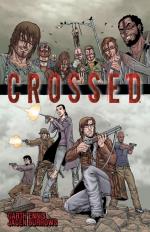 If you like your horror with a certain amount of gag inducing torture porn, then Crossed is where it’s at. While I don’t recommend the ongoing series, which goes off the rails a bit, the first volume, collecting the first 9 issue “maxi-series” is utterly terrifying and impossible to put down. The story centers on something far worse than zombies — The Crossed — people with a cross mark on their faces who have gone insane and dismember, rape, torture, and murder their way through anything (and I mean anything) as a small group of survivors try to do just that —survive. Depraved and totally extreme, Garth Ennis’s apocalyptic Crossed pushes the boundaries of what can or possibly should be done, but damn if it isn’t horrifying and mesmerizing in the same way it’s impossible to look away from a car wreck. With unflinching gory art by Jacen Burrows, this is not for the faint of heart. Do not expect punches to be pulled, and proceed with extreme caution.

Those are five of my favorite scary reads, books that are both terrifying and awesome, and chock full of variety. What about you? What are some of your best scary comic book reads? Do you read them again and again or are they just too scary for a second read?

i would suggest "revival" from image comics. that is all.

I joined just to say thanks! Horror comics are some of my favorite! I recommend anything by Junji Ito, especially his famous "Uzumaki" and even "Gyo" or "Museum of Terror." His illustrations just freakin' MAKE IT. Enjoy. :)

Locke & Key by Joe Hill (art by Gabriel Rodriguez) is my hands-down favorite. Check it out if you have a few hours to spend immersed in a SUPER creepy world!

@Kinoasher - I was just about to recommend those as well. Uzumaki three-in-one hardcover comes out next week - just in time for Halloween.

Joshua Chaplinsky from New York is reading a lot more during the quarantine October 13, 2013 - 5:56pm

The only comic on this list I've read is Black Hole, which I dug. Just last week there was talk that a Fincher directed version scripted by Neil Gaiman is still a possibility. That would be awesome, especially if they filmed it in black and white.

Our only other alternative seems to be Rupert Sanders:

Sweet Tooth is another great post apocalyptic comic although it's more heart breaking at times then scary. I've read crossed and believe me it is not for the faint at heart...