In looking back on my columns for LitReactor so far, I realized that I’ve focused primarily on fantasy novels and not on short fiction. As a writer and reader of short stories, I felt that should be rectified. There’s so much good fantasy being published today, and much of that is in the short form. And while novels offer more space for worldbuilding and intricate plots, short stories often allow for more experimentation in content and style, and can pack more emotion than might be expected in such a short space.

Short stories have long been a part of the genre. The late Ray Bradbury, for instance, got his start with stories and was one of the best writers of the short form the genre has ever seen. Many great fantasy writers known for their novels also write short stories - Fritz Leiber, Ursula K. LeGuin, Neil Gaiman, George R. R. Martin to name a few.

I wanted to shine the spotlight on some short story writers who are doing fantastic work right now, and to give a short list of places to go to find some of the best short fiction around. So without further ado... 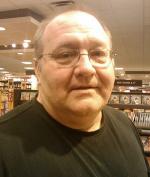 Jeffrey Ford has written several novels, but he is an absolute master of short fiction. His stories often tread the line between real life and the surreal. Many draw inspiration from his own life, and exactly where the fiction begins is often difficult to determine. His stories perfectly blend the mundane and the sublime. I can say, without hyperbole, that Jeffrey Ford is one of the finest short fiction writers I’ve encountered, regardless of genre.

Ford has published several collections, the latest of which, Crackpot Palace, came out last month. Any one of them are worth reading. Here are a few of his stories available online:

"The Way He Does It" 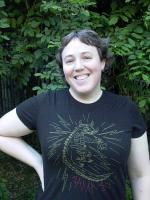 Kelly Link is another master of the short form. She writes dark, magical stories that draw from faery tales and ghost stories, but they also have a strong literary streak running through them. Similarly to Jeffrey Ford, Link is adept at melding the every day with the fantastic. Her stories are often difficult to classify, but that doesn’t make them any less fantastic.

Link’s stories are collected into three volumes so far - Stranger Things Happen, Magic for Beginners, and Pretty Monsters, but here are three stories that you can read right now if you like:

"Most of My Friends are Two-Thirds Water" 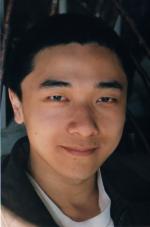 Ken Liu is having a good year. His story, “The Paper Menagerie,” just won the Hugo award for Short Story and is nominated for the World Fantasy Award. Ken writes both science fiction and fantasy, but whatever the genre, his stories pack a punch. I had the pleasure of narrating “The Paper Menagerie” for the Podcastle podcast and I had a hard time getting through it without choking up.

Liu doesn’t have a collection out (yet), but below are a few of his stories available online:

"The Man Who Ended History" 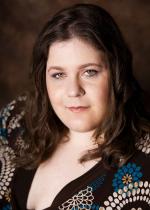 Rachel Swirsky, like others on this list, has made a name for herself with her short fiction, which quickly caught the attention of readers and has been nominated for various awards. She won the Nebula Award for “The Lady Who Plucked Red Flowers Beneath the Queen’s Window.” Swirsky also writes poetry and literary fiction and the influence can be seen in her more fantastic works.

Here are some samples of Swirsky’s writing:

"The Lady Who Plucked Red Flowers Beneath the Queen’s Window"

"A Memory of Wind" 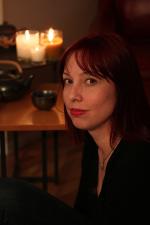 Kat Howard’s fiction has only been appearing for the past few years, but she’s already established herself as a talented writer. (She's also a gifted instructor, who will be teaching for LitReactor in October.) Her stories often play with the idea of what it’s like to be in stories or myth. It pushes at the boundaries of what separates reality from fiction, but always in ways both dark and delightful.

But don’t take my word for it -- try out some of these stories for yourself:

"Choose Your Own Adventure"

Where to Find Good Short Fiction

I’ve given you just a handful of short fiction writers to look out for, but plenty more are being published every month. To help guide you to some great short fiction, here are some online markets to explore. 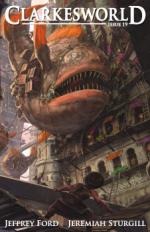 Clarkesworld Magazine debuted 6 years ago and quickly became a top destination for short fiction. Edited by Neil Clarke, stories from Clarkesworld have been nominated for the Shirley Jackson Award, the Hugo Award, the World Fantasy Award, and the Nebula, and several have won.

What I like about Clarkesworld is that it prints stories of all kinds. The common factor is quality. They are also one of the top-paying markets in the field, which helps keep a steady stream of great fiction on their site.

Stories to look out for:

"The Cartographer Wasps and the Anarchist Bees" by E. Lily Yu 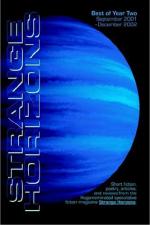 Strange Horizons also publishes a little bit of everything, from science fiction to fantasy and everything in-between. They appreciate diversity and unusual style, as long as they work for the story. Strange Horizons recently took on three new fiction editors, so it will be interesting to see how the selections change. But odds are, they will continue to choose great speculative fiction.

A few of their stories:

“Doctor Diablo Goes Through the Motions” by Saladin Ahmed

“Nine Sundays in a Row” by Kris Dikeman 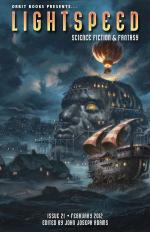 Lightspeed Magazine publishes both fantasy and science fiction and is the youngest of these short story markets. Edited by John Joseph Adams, it has quickly gained a reputation for quality fiction. Adams is also adding a new magazine to his stable - Nightmare Magazine, which will cover horror fiction.

Here are some fantasy samples:

“The Gravedigger of Konstan Spring” by Genevieve Valentine 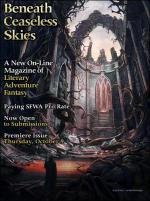 Scott H. Andrews wanted something specific with Beneath Ceaseless Skies -- secondary world fantasy told in a literary fashion. This includes what might be called sword and sorcery or medieval fantasy, and yet it’s so much more than that. In the interest of full disclosure, I should say that one of my stories was published in Beneath Ceaseless Skies, but I was a fan long before that.

“The Suffering Gallery” by Matt Kressel

“Of Shifting Skin and Certainty” by Justin Howe

“The Three Feats of Agani” by Christie Yant 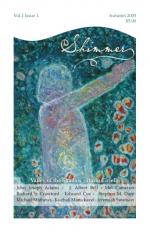 Shimmer Magazine isn’t an online market, and so doesn’t fit in with the others on this list, but they do focus primarily on fantasy fiction, and stand out from other so-called semi-pro magazines with both the quality of their fiction and their design. Once again, I’ve been published by Shimmer, but I appreciate what they do in the genre and would happily suggest them to readers interested in good fantasy short stories. Subscriptions are available both for print and digital versions.

Their tenth issue is available to download for free here.

Podcastle is a podcast market, with stories narrated in audio form and available to listen to online, or to be easily downloaded onto your iPod or phone. They primarily deal with reprints, but if you like audio fiction, Podcastle is the perfect way to listen to some great stories for free. Once again, I’ve had my own stories appear there, and I occasionally narrate for them, but that aside, they have been making great fiction available for years now and deserve to be recognized.

"Stereogram of the Gray Fort, In the Days of Her Glory" by Paul M. Bergerl

"Sinners, Saints, Dragons, and Haints, in the City Under the Still Waters" by N. K. Jemisin

If you like what you hear, you should also check out Escape Pod, their science fiction podcast, and Pseudopod, their horror podcast.

I’d love to hear what you think of the stories and markets in the comments. Feel free to suggest some of your favorite writers/stories/markets as well.

Marla_Eizik from Seattle, Washington is reading Lord of the Rings: The Two Towers, by JRR Tolkien, Sex at Dawn by Christopher Ryan and Cacilda Jetha, and Exit Music: The Radiohead Story by Mac Randall. September 18, 2012 - 9:27am

Thanks for posting this. I am officially hooked on Jeffrey Ford now. What an amazing writer!

From what I've seen, Interzone is a pretty good magazine.

@Maria - Jeffrey Ford is one of my all-time favorites. He deserves more recognition.

@J.Y. - Interzone is great. I mostly restricted myself to fiction that was easy to access - and Interzone is a UK magazine - but if you can get it, it has some really great stuff. And I dig their covers.