The experience of being born itself might or might not be horrific—we can’t recall—but many people find labor and delivery to be horrific. Natural, magical, and sacred, maybe, but real life “horror stories” abound. (If you haven’t heard any, just tell people you’re pregnant and they will jump at the opportunity to share.)

It only makes sense. The stakes are high: life, death, blood, creation, love, fear, family, pain. It’s all primed for drama. But since real life labor horror stories are a major bummer, I’ve rounded up some notable fictionalized scenes from books and movies. Brace yourselves: these are not for the faint of heart, and because these scenes are often in the climax of a story, spoilers abound. You’ve been warned. 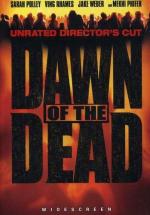 I saw this film when it was new, with no context, and I don’t remember anything from it except for this scene. But hoo boy do I remember this scene. A pregnant woman gets bitten during a zombie outbreak shortly before her delivery, so her husband ties her up and lets the baby come. The baby is not okay.

Get Dawn of the Dead at Amazon 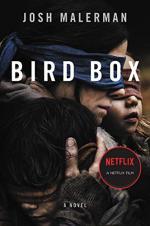 When creatures invade that turn you insane and suicidal if you look at them, pregnant Malorie takes refuge with a group of others—including another woman as far along as she is. The two of them, of course, go into labor at the same time, but an unhinged housemate has opened all of their blocked windows in an attempt to sabotage the group, so they go up into the attic to give birth. Dual deliveries trapped in an attic with a crazy guy and a monster they can’t look at? Yeah, that’ll do. 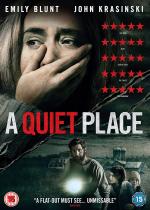 How about an invasion of monsters that hunt by sound? Silence is key to survival, but giving birth must be one of the hardest times ever to stay silent. Yet that’s what our protagonist has to do, alone, in a bathtub while the monster stalks her. Even if she is able to safely get the baby out, how will she keep it quiet?

Get A Quiet Place at Amazon 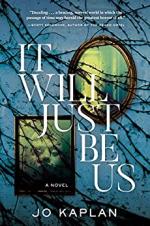 This is a cool novel I read recently about a woman who returns to live with her mother in their haunted house. Not sorta-spooky-maybe-haunted, either. Blatantly haunted by the memories of everyone who’s ever lived there. A dangerous ex forces the protagonist and her mother into that one gotta-be-evil locked-away room to help the pregnant sister give birth during a snowstorm. So they’re hiding from an unhinged, abusive man while the sister goes through childbirth at home, yes, then add to that the ghost memory of their father hanging himself replaying over and over above the labor bed.

Get It Will Just Be Us at Bookshop or Amazon 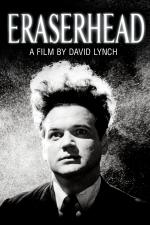 I watched Eraserhead once, over a decade ago, and it still makes me cringe and squirm when I think about it. The surreal terror of this film can’t be described, only experienced. Abstractly about the fear of fatherhood, it makes sense that one of the most memorable elements of the film is the newborn “baby” the protagonist has to take care of. The birth scene itself is notably missing, but the undeniably fetus-alien-looking creature still slimy and squirming gives the same tone. That and the blood, fluids, and umbilical cord type appendage.

Get Eraserhead at Amazon 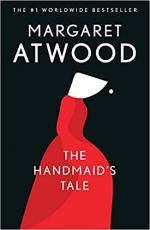 6. "The Handmaid’s Tale" by Margaret Atwood

This classic novel about the systemic suppression of women necessarily includes a scene of forced birth. As if the social setup of this society isn’t terrifying enough—Offred is not a person with rights, but a piece of property used for reproduction—the eerie “mock labor” that the higher-ranked wives enact as she goes through delivery is unnerving and cruel.

Get The Handmaid's Tale at Bookshop or Amazon 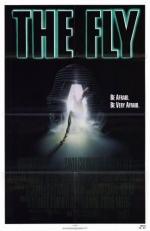 Impregnated by her scientist boyfriend after he’s merged his DNA with a fly’s, a woman has a grippingly vivid nightmare about giving birth to an oversized maggot instead of a human baby. As her boyfriend descends into mutation and madness, she begs for an abortion, but he stops and abducts her, trying to force her to give birth to their child. It… well, it only gets crazier from there.

Get The Fly at Amazon 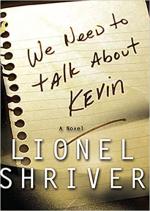 8. "We Need to Talk About Kevin" by Lionel Shriver

Okay, so we have monsters, mutants, dystopias, and apocalypses, but how about some good old-fashioned realism to strike fear into the hearts of parents everywhere? This novel is about a mass shooting at a school, told from the point of view of the killer’s mother. While there are birth flashbacks that capture an unnervingly cold lack of connection to her child, the true horror comes from the aftermath of that birth: the utter lack of control (and ultimate responsibility) that a parent has over the outcome of their reproduction. An evil child is a terrifying thing.

Get We Need to Talk About Kevin at Bookshop or Amazon 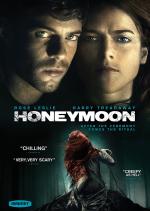 This movie caught me by surprise. I hadn’t heard any buzz about it, so I was shocked by how good it was. When a couple of newlyweds go to a secluded cabin for their honeymoon, things start getting weird. When the wife goes missing in the night, the husband finds her naked and confused out in the woods. They try to chock it up to sleepwalking, but it soon becomes clear that something larger is at play. Mistrust and paranoia mount until he finds his wife in the bathroom stabbing herself in the genitals. He ties her to the bed and, well, it's on this list, isn’t it? Despite the wife not looking pregnant, a horrifying “delivery” ensues.

Get Honeymoon at Amazon

There are more than I’ve listed here, to be sure. A Serbian Film is infamous for one, but I haven’t seen it and never plan to. The Brood is another, and I want to watch it but haven’t yet. I happen to be pregnant at the time of this writing (plot twist!)… so maybe I’ll wait on expanding this list.

What are your favorite horror scenes of labor and delivery? Share in the comments!