Storyville: Contemporary Superheroes Through the Eyes of a Pre-Teen

I was never into comic books as a child. I can remember getting up early on Saturday mornings though, to watch Johnny Quest. I can remember rushing home from school to catch Speed Racer. And there are some foggy memories of Ultraman as well as Johnny Sokko and His Flying Robot. There was the original live-action Batman, with Adam West, of course, and then later, the animated Super Friends, my introduction to the Justice League of America.

My son and I have been seeing more and more movies together, on the big screen, as he gets older and can handle the content. We worked our way through the Harry Potter series, and several stand-alone titles such as Tintin and Pacific Rim. But what we’ve been bonding over the most, lately, are all things superhero. So we’ve rented a ton of older films, and then embraced the world of Marvel and DC Comics on the big screen. The three films we’re going to talk about today are Batman v Superman: Dawn of Justice, Captain America: Civil War, and X-Men: Apocalypse. (Current ratings at IMDB: 7/10 for Batman, 8.3/10 for Captain, and 7.4/10 for X-Men.) 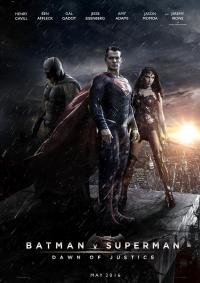 RICHARD: So, do you have a favorite superhero right now?

RICKY: I’d have to say Batman.

RICKY: Because he doesn’t need super powers to fight other villains, he only needs brains, and brawn.

RICHARD: So when we watched Batman v Superman, who did you think was going to win?

RICKY: I thought Batman, because he’s a billionaire, and he’s really smart, so…he would probably just get some kryptonite to defeat Superman.

RICHARD: Funny, because I thought going in that Batman didn’t stand a chance. So how did you feel about the ending then?

RICKY: I thought it crossed-over with two stories in the original comics—I think The Dark Knight Returns and The Death of Superman. And so, they mixed in both of those stories to create Batman v Superman, which made the film a little bit confusing.

RICHARD: But you don’t really think Superman is dead, do you?

RICKY: No, because at the end of the film it showed dirt floating above his grave, and that definitely hinted at something.

RICHARD: Did you enjoy the movie?

RICKY: Yeah. Overall it was really good, and the ratings should be higher. I liked that DC was finally getting back into movies, and making good films, starting with Man of Steel in 2013. I’m really looking forward to Suicide Squad. 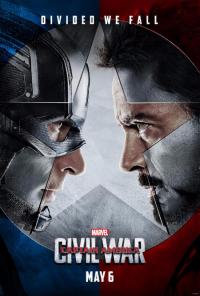 RICHARD: I have to agree. I don’t think there have been any really amazing DC films since maybe the last of the older Batman movies, such as the Dark Knight series, which ended with The Dark Knight Rises in 2012.

RICHARD: For sure. So let’s move on to Marvel. And wow, is this universe expanding. There has been so much going on lately, it’s hard to keep up. What did you think of Captain America?

RICKY: I thought the way they played it out on the big screen made the movie sort of pointless, in my opinion, even though what they were fighting about was important.

RICHARD: I have to agree. At the end of the film, I wasn’t sure what they really accomplished, wasn’t sure who to really root for, and the overall arc of the story, part of the greater Marvel universe, was kind of muddy and confusing. So many characters, so many people flipping back and forth—you have the Iron Man franchise, but you also have Captain America, and then of course, The Avengers. Spiderman has had his own franchise as well, and he pops up in this film, too.

RICKY: I thought they just wanted to get as many character into the spotlight as they could. They introduced Spiderman as part of The Avengers, or at least, on Tony Stark’s team. They also, for the first time, showed Black Panther on the big screen, which was pretty cool.

RICHARD: That’s true. So then, Marvel also has the X-Men universe to showcase, this time with Apocalypse, going back in time, to when the school was just being created. Did you enjoy this film?

RICKY: Yes. I think it’s my favorite out of all three of these films. 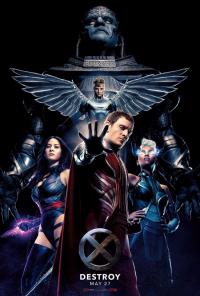 RICHARD: I’m not sure if it’s my favorite, they all had strengths and weaknesses, but I definitely am fascinated by the X-Men universe. I enjoyed the movie a lot. What appealed to you?

RICKY: I like X-Men: Apocalypse because it had a meaningful conflict between Apocalypse (and his four horsemen) and the X-Men.

RICHARD: Right. You get to see the origin story of Storm, even though it’s pretty brief, and she eventually aligns with the X-Men. We have the continuing battle with Magneto, which is intense. We also see Angel, and how he changes, and then Psylocke, who seems to remain a villain, at the end of the film.

RICKY: I liked how they introduced some new characters, and how they came to be a part of the X-Men, such as Wolverine, Quicksilver, and others.

RICHARD: Yeah, it was really cool to see the beginning of Jean Grey, her powers, as they’ve only really hinted at her abilities in past films. Her meeting Cyclops, the way the film ends, with her showdown, is pretty cool.

RICKY: I thought the psychic battle at the end with Professor X and Jean Grey vs. Apocalypse was intense. The way that they hinted at the Phoenix Force, and maybe even her alter ego, Dark Phoenix, was a cool way to foreshadow.

RICHARD: Funny, the more you talk about this film, the more I like it, especially in comparison to the other films. I think the Marvel universe, especially with the X-Men, is really compelling. I guess I do like DC a lot, because they seem to be willing to create much darker narratives. Do you like Marvel or DC better, one over the other, or are you just enjoying all of the insanity that’s been going on lately? 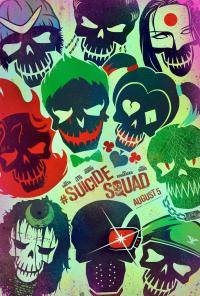 RICHARD: So, with all of the films that are coming out next, in the near future, what are you most excited to see? Obviously, Suicide Squad.

RICKY: Looking at 2017, DC is bringing two new movies out—Wonder Woman, and hopefully, Justice League of America. But for 2016—definitely Suicide Squad. In 2018, both Flash and Aquaman have their own solo movies coming out. As for Marvel, Doctor Strange looks really cool, out later this year. And I can’t wait for Guardians of the Galaxy 2, because the first one was really good. Thor: Ragnarok in 2017 also looks interesting, and in 2018, Avengers: Infinity Wars—Part One should be epic; Black Panther should be great, too.

RICHARD: So much going on. At least we know that we’ll have a lot of great films to see on the big screen together. None of these are rentals, in my opinion.

RICHARD: Any last thoughts on all things Marvel, DC, and superhero films?

RICKY: So far, all of the movies that have come out recently from Marvel and DC have been pretty good. And, hopefully, in the future, maybe a distant future, Marvel and DC will start making amalgam movies.

RICHARD: That would be cool. So many different storylines, hopefully they can align to save our planet, or maybe something even larger—the universe.

Storyville: The Intersection Between Plotting and Pantsing