Storyville: My Top 12 Horror Films of the Last Four Years

Over the last four years, I’ve seen a few good horror films, and so, this being October, I thought I’d share my top  horror movies with you. So here we go, in roughly chronological order

It’s hard to give out a 10/10 but this film is close, and in time may get there for me. It’s an epic dark fantasy / horror film that takes its time, loops back, and blows your mind, all while being shot in a dramatic, emotional, and impactful way. I mean, wow. The cinematography here is excellent, and the scope, the layers? Intense. This leaps into my top ten A24 films of all time.

Get The Green Knight at Amazon 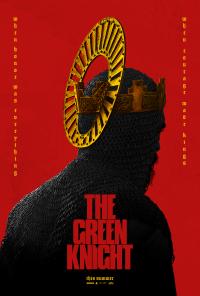 This was such a cool film, another that demands the big screen, with some very nice homages to the original film, while building on this and taking it in a new direction. The art, the acting, the racial implications—there is so much going on here. This is a pretty violent film, but it did work for me, didn’t feel unnecessary. Some very intense scenes. Stay through the end credits.

Get Candyman at Amazon

This franchise really gets under my skin. I’ve seen them all, and they continue to disturb me. Sometimes quiet, sometimes in your face, this film really holds up and stands tall against the other films in the series. It’s the usual cast and horrors here, but if you like spending time with these guys, then this should be a satisfying reunion. Quite tense at times. Really enjoyed it.

Get The Conjuring 3 at Amazon

I really liked the first film, and for a movie about silence triggering these dangerous creatures, seeing this on the big screen was definitely worth it. In the first film, there were better moments, and it was all fresh, so the second one didn’t work quite as well, but was worth the trip. I don’t think there was that “nail scene” like in the first one, but the way they play with sound, and the girl that can’t hear? Done really well. Intense, fun, and worth a view.

Get A Quiet Place Part II at Amazon

Wow, was this movie unsettling. Such a slow burn, often very quiet, and yet, very violent. About a disorder where a woman can’t stop eating things that tear her apart from the inside out—marbles, and push pins, and more. The acting was superb, and I’ll for sure be keeping an eye out for more work from the star, Haley Bennett. Beautifully shot, with an excellent soundtrack.

Get Swallow at Amazon 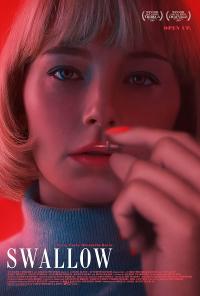 Not being a big fan of Lovecraft, but a huge fan of Lovecraftian stories, this was on my radar for some time. It’s a trip for sure, the previews are the vibe you get, and for those elements, it’s very intense. I’m always careful when chopping carrots. The acting is over the top at times, but that’s Cage, right? Wild, weird, and colorful, this is a must see for fans of Lovecraftian lore.

Get Color Out of Space at Amazon

Another A24 film that I just loved, this is an isolated story, very unique in its vision, with a fascinating protagonist. The ending is pretty amazing, too, reminding me of other films like The Witch and A Dark Song. One aspect I love about this film is how we define what happens here–is it madness, a calling, something holy, something cursed? It’s open to interpretation for sure.

Get Saint Maud at Amazon

It seems if you love The Witch and Hereditary, you tend to only “like” Midsommar and The Lighthouse. That’s me. I really love this film—the folk horror, the trippy moments, the ending—but at times it got excessively violent for me, when it didn’t need to do that. And I had some issues with scenes that made me laugh (the sex scene?) and some of the ending. Very original.

Get Midsommar at Amazon

Shot all in black and white, I came out of this film saying, “What the hell was that?” I had some issues with it—the clarity, the ending, the long dialogues—but it was indeed a spectacle. I think if you loved Citizen Kane you’ll love this film. It went over my head at times, and I thought things would happen that didn’t, but it’s a swing for the fences for sure. Love Aster and Eggers.

Get The Lighthouse at Amazon 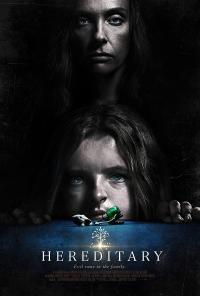 I mean, either you like Gasper Noe or you don’t. He’s a mixed bag for me, but wow, was this a wild ride. Obviously it’s super trippy and hallucinatory, it feels very authentic, but unfortunately it only reminded me of my own bad trips, and who wants to do that again? Great dance scene, and with a title like Climax it’s sexual in nature, too. If you’re a fan of Noe’s, it’s a must-see film.

Get Climax at Amazon

I’ve never seen the original, so just keep that in mind. I really liked this film a lot. The tone, the mood, the atmosphere, and the setting—just amazing. The dance scenes, the paranoia, the originality in the mirrored room scene—so good. The only reason this doesn't get higher marks is that I hated the ending, bad CGI in my opinion. But the final scene was very good. Big screen for sure, if possible.

Get Suspiria at Amazon

One of the best horror films I’ve seen in a very long time. On the big screen, JESUS, I was sweaty, flushed, my hair raising up, that fight or flight response. And on a second viewing at home, almost as good. Brilliant acting, the cinematography, the score—wow. The violence is used selectively for the most impact, and it truly unsettles. My top A24 film ever. Brilliant.

Get Hereditary at Amazon

Storyville: 10 of the Scariest Books I've Ever Read