Stephen King once said, and I paraphrase here, “In order to write, you must read.” And that’s very true. I agree 100%. But what I want you to also understand is you need to read broadly in order to develop depth, originality, and emotion. Male as well as female writers. Different sexual orientations and identities. Countries of origin and cultures. Genres. These are some of the basic areas in which you can broaden the writing you read. It’s not easy, but let me tell you a little bit about my own journey, and give you some tips on how to expand your literary palette.

As a young boy I won a contest in sixth grade for most books read. I would read anything you put in front of me—I was a curious lad. So when I ran out of Hardy Boys Mysteries, it was natural that I read Nancy Drew. And from there, it wasn’t a huge leap to pick up Judy Blume. I was girl crazy already, and I was fascinated by so many things.

I think it was probably later, in high school, that my vision actually narrowed. As a straight, while male (SWM) I was of course often drawn to protagonists that were also SWMs—I read a ton of Stephen King, as well as Dean Koontz, John Grisham, Robert Heinlein, etc. I would read book #22 by King rather than try a new voice. I was comfortable, and wanted what I wanted—the familiar, the guaranteed satisfaction. Of course I was assigned a lot of great fiction in high school as well—To Kill a Mockingbird, The Great Gatsby, Lord of the Flies, Animal Farm, Of Mice and Men, The Catcher in the Rye, The Scarlet Letter, Fahrenheit 451—noticing a trend here? Mostly SWMs. 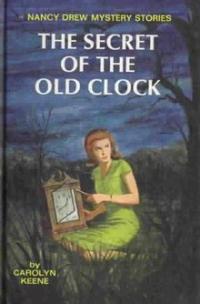 Later, in college, I spent a lot of time expanding my mind—sex, drugs, rock and roll, books, films, music, etc. But whether I was reading the Beats or mainstream fiction, it was still predominantly men, mostly from the United States.

For a long time I think I was stuck—reading the same authors, the same perspectives, and that held me back. When I saw Fight Club and started reading all of Chuck Palahniuk’s work, that was the beginning of the new me. Did you know Chuck is gay? This helped me start reading more openly. It also brought me to authors that weren’t huge names—such as The Velvet trio of Stephen Graham Jones, Craig Clevenger, and Will Christopher Baer.

So when I got to my MFA at the age of 40, I think that’s when I was truly able to open myself up to a broader range of authors. Not only was I reading outside my preferred genres, but I was reading a lot more women and women of color. I took a class on African American authors, at the suggestion of my friend, Christopher, because I trusted his opinion. I wasn’t sure what Toni Morrison was going to be able to teach me, what we had in common, but wow, was I naive. Hard to believe I was still closed-minded at that advanced age. Beloved is a novel that just crushed me—in a good way. And I know that the work of Margaret Atwood, Flannery O’Connor,  Mary Gaitskill, and Joyce Carol Oates were also a big influence on my writing. When you add in the literary influence of other strong voices—Cormac McCarthy, Denis Johnson, Robert Cheever, Raymond Carver—I really expanded the scope of the literary work, influencing my genre-heavy background.

And then there’s Haruki Murakami. You may have noticed a lack of authors that weren’t born and/or writing in America. Murakami, with The Wind-Up Bird Chronicle, really opened my eyes. He is such an original voice, and when you add in the setting and culture of Japan, as well as his take on the supernatural, it was inspiring.

And have I mentioned genre? I mostly grew up reading horror, but also fantasy, science fiction, and other transgressive authors. I’d also add in a wide range of mystery, crime, noir, neo-noir, and thrillers. And let’s not forget magical realism. And the really broad genre of literary fiction, which can be its own slice of the pie, or influence all of the previously mentioned genres. It’s essential that you read within your main genre—the masters, the classics, as well as your contemporaries, the current novels and stories that are getting attention. You need to know what came before you, and what’s popular and selling now. And then do your own thing with it. If you just write horror, don’t forget that you can learn tension from the mystery genre (and all of its sub-genres) as well as world-building from fantasy and science fiction, internal conflict and emotions from literary fiction, and so much more.

I think one of the last ways that I started to broaden my reading habits was reading globally. It started with Murakami, I think, but part of that expansion really took hold when I ran Dark House Press and Gamut magazine, as well the current classes I'm teaching. When I look at the authors and support at Gamut, for instance, yes, it’s mostly from the United States, but close behind that was Canada, the UK, and Australia. Those countries outside the USA brought me the wendigo, as well as the indigenous horror of the outback and bush, authors like Angela Slatter and Karen Runge coming to mind. We also had a lot of support and submissions from other countries—Japan, Germany, Belgium, Brazil, Ireland, Norway, Sweden, China, etc. We published excellent work by Cassandra Khaw, Natalia Theodoridou, Maria Haskins, J.S. Breukelaar, Usman T. Malik, S.B. Divya, Sylvia Heike, Axel Taiari, and many others. Those countries expanded my knowledge of mythology, monsters, and lore—from ghosts and demons, to Baba Yaga and Fenrir, to golem and succubi. Gamut also published a number of stories by openly gay authors, as well as transgender and gender-fluid authors.

So go out into the world and read more new voices. If you just read the best of the year anthologies alone you’ll tap into a wider range of stories, perspectives, characters, myths, legends, lore, and so much more. I know that I can do a better job of reading globally, but I can honestly say that I would not be the writer I am today if it wasn’t for all of my influences—the work of Stephen King; all of the Beats; so many transgressive authors; the classic literary stories and novels from high school, college, and my MFA; and most recently, the wide range of voices I discovered by reviewing books for several years, by running Dark House Press and Gamut, and from reading the best of the year anthologies, as well as the top publications in several genres. Open your mind, and your writing will improve. You don’t know what you don’t know. So get out there and study. It’s a lot of fun.