Look around you—the world is going to hell in a bucket. But at least we can enjoy the ride, right? LOL. How do we write when we are worried about racism, a pandemic, our health, our families—in other words, the general state of the world? It’s not easy, but here are some tips and tricks to help get you writing.

One way to get writing is to write from a place of authority. What does that mean exactly? What do you think that YOU can talk about, with authority, experience, and confidence? Think about your work—those many years as a waiter, working in advertising as a graphic designer, running a BDSM dungeon, and/or a career as a lawyer. I can think of ways that a story with a diner in it might benefit from experience as a waitress. When you play out a sexual fantasy in your lusty horror vengeance story, think of the techniques, toys, and past experiences. Look at that legal thriller that can take advantage of jargon, procedure, and plot twists. My story, “Chasing Ghosts,” tapped into my design experience, the character an art director, selecting Pantone colors that echo the color of his cheating wife’s green eyes, her red lipstick, her creamy skin. One way to get writing is to LITERALLY write what you know. That should get you started, and hopefully lend some confidence to your story.

Embrace the emotions you’re feeling, but don’t let the story own you—keep it under control, and harness that energy.

Another element of writing that has helped me to get stories going recently has been a cool concept—some weird lore, an urban legend, or mythological creature that I found fascinating. If you can go down that rabbit hole, if you can unearth strange customs, rituals, creatures, or concepts—then you might be off to the races. Maybe you just heard about Baba Yaga, or a windigo, or for me—that story about the 100th monkey and spontaneous evolution (which influenced my novelette, “Ring of Fire.”). You can get ideas from watching original television shows like Black Mirror, Tales from the Loop, The X-Files, or The Twilight Zone. You can talk to your relatives who recently moved here from Poland, China, New Zealand, or Austria—especially older individuals, those grandfathers and grandmothers from the “old country” who have so many stories to tell. I can honestly say that one of the only ways I’ve been able to write at all these past few years has been unearthing an intriguing concept, philosophy, or monster.

Whatever emotions you are feeling right now, use that in your fiction. Are you scared? Tap into that fear and write it down, follow that path, let everything come undone, and see where it takes you. Hopefully that never materializes—whether we’re talking about the undead, Nazis, meteors, or a demon uprising. If you can handle it, embrace that fear. Feeling really angry? Then take it out on the page—write a violent story of vengeance, where you can get back at, hurt, or even kill those elements of your life that are setting you off right now. As long as you can do it in a tasteful way—avoiding a preachy tone, misogyny, and titillation—you could tap into something powerful. Violence in horror can work, but be careful how you lay it all out, who the targets are, and what the outcome and message is with the work. Feeling lonely? Write a story about isolation, and what it truly means to be alone, what you have to do to survive, and how the protagonist finds a reason to keep going. In my most recent work, I’ve found hope at the end of a long weird story, exacted revenge against horrible people, dropped the veil on a paranoia that turned out to be true, and looped around a timeline in order for the protagonist to get another chance at saving the world and finding meaning in their life. Embrace the emotions you’re feeling, but don’t let the story own you—keep it under control, and harness that energy, finding a resolution that is satisfying, earned, and fulfilling.

Write to your strengths. If you’re struggling, and dialogue is not your best asset as an author, now is not the time to write a story that is entirely one side of a conversation (see “Interview” by Roy Kesey). I’m a maximalist, so what’s gotten me into my stories, of late, has been starting in a place that I can sketch in, then add color, going deeper and darker, getting weird, tapping into the surreal, expanding the sensory palette. Often my character, and even plot, will be revealed as I’m describing the place where my story begins. Maybe it’s an isolated bunker in a frozen tundra, or an aging clown in a cabin surrounded by ancient pine trees, or a desert landscape with the horizon always JUST out of reach. Think about what you do best in your fiction—dialogue, setting, character, plot, tension, mood, atmosphere, tone—and run with it. Worry about how original, innovative, and viable it is once you’ve gotten the rough draft written. 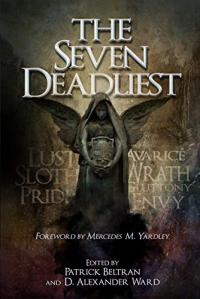 Much like your strengths as a writer, what genres are you most excited to write these days? While I just said now is not the time to focus on your weaknesses as a writer, this could be the time to either tap into the genres you love (fantasy, SF, or horror, for example) or maybe it’s the time to take your strengths and experiment with a new genre or sub-genre? Why not try magical realism, or steampunk, or a Southern gothic tale? You probably have the best chance of success taking on an older genre that you know really well, but you may have fun coming at a lesser known sub-genre—especially if the rules aren’t super complicated. The reason you might go back to a familiar genre is that you’re comfortable, confident, and at home writing those stories. The reason you might try out a new genre is that you’re bored, seeking new territory, and eager to expand your skillset, and try something new. Whatever works for you—go for it.

If you can’t find the time, energy, or motivation to sit down and write for three hours, why not write something that can happen in short bursts? Have you been thinking about writing that Rashomon? Why not take 3-6 characters, settle them around one event, and then write the events, the “truths” they see in 500-word, micro-fiction bursts? Chip away at it. By the end of the week, maybe you have 3,500 words. In two weeks, that may have expanded to a lush 7,000-word story. Are there elements to your story or novel that could work like this? How about that chorus? If your chorus is a series of memories, start writing a bunch of them, maybe only 100 words at a time. Maybe it’s a list of items—so start dashing those off. Could be it’s a series of jokes about funny porno titles, so start rattling them off (Saving Ryan’s Privates—there you go, that one’s on me). Or you could also try your hand at flash fiction, or micro-fiction, where the whole story is only 100 words, or 500 words, or 1,000 words maximum. Play around with it. Write that list story. Try something different. Maybe it’ll shake you up and let some stuff spill out.

At the end of the day, if you can’t write, if nothing’s coming—it’s okay. Let it go. These past four years have been difficult for all of us, myself included. My arctic horror novel has been a pretty major failure so far, but I know if I can just find my way IN, I’ll be off to the races. I have managed to write a few stories in the last four years—“Battle Not With Monsters” out in Cemetery Dance any week now; “Saudade,” in the PRISMS anthology (PS Publishing) also later this year; the aforementioned novelette, “Ring of Fire” (in The Seven Deadliest anthology, and on the Preliminary Bram Stoker Ballot); “The Caged Bird Sings in a Darkness of Its Own Creation” in the Shallow Creek anthology; “In His House” a weird bit of Lovecraftian epistolary storytelling in The Nightside Codex anthology (just out); three twitter stories for Gotham Ghostwriters; “Golden Sun” a co-written story that was in Chiral Mad 4 (and Best Horror of the Year, Volume 11); “Undone” in the Gorgon anthology; and a few others. So while I have definitely struggled at times, and owe my agent a new book, I have been able to write some other material, and I’m pretty happy with the results. You can do it! Best of luck.

Storyville: My Top 12 Horror Films of the Last Four Years