Column by Christopher Shultz December 13, 2016
In:

Hello all, welcome back to LitReactor's monthly tech and product roundup, where we take a look at all the gadgets fit to grace a writer's backpack (or messenger bag, or purse, or garbage sack, or whatever you carry). As this is the merry month of December, I thought it'd be a good idea to take a look at some of the most sought after devices of 2016 and see if a writer has any use for these items whatsoever (other than, of course, pure enjoyment, which is also important). Even if you don't celebrate Christmas, you could pick up any of these items for yourself and write them off as a business expense on your taxes.

So what are the big ticket items everyone and their grandmother are clamoring after this year? Let's take a look...

This multi-functional home assistant is sure to please just about anyone. According to its webpage:

Amazon Echo is a hands-free speaker you control with your voice. Echo connects to the Alexa Voice Service to play music, provide information, news, sports scores, weather, and more—instantly. All you have to do is ask. 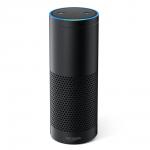 Spiffy. Of course, if you're buckling down on your latest short story, novel, screenplay, whatever, you probably shouldn't be chatting up Alexa for the latest news on the Cubs. But the Echo can do a lot more than provide basic information. You can, for instance, connect the device to your Nest smart thermostat system, so if it gets a little chilly in your office, instead of breaking away from your work, just ask Alexa to crank the heat up. Or if you realize it's been hours since you've eaten, you can have your bot order a pizza (Alexa can't answer the door and pay the driver though, so you'll have to get up off your ass and do that yourself).

Echo comes in white and black and usually retails at $179.99, though it's on sale right now for forty bucks off. There's also the Echo Dot, a scaled-down version of the big gal, which you can get for $39.99, down ten bucks from its usual retail price. 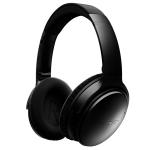 The latest noise cancelling headphones from Bose, who are pretty much the bosses where noise cancelling tech is concerned, though the big difference here is that these puppies are also wireless, so you don't have to be tethered to your laptop while you're trying to work in the coffee shop and also drown out as much inane conversation and screaming children as you can. You don't even have to play music while you use them. Turn on that noise cancellation while you're at home to better keep you focused on the task at hand. 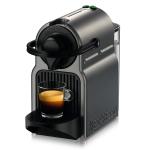 Hey, George Clooney and Danny DeVito think you should own one of these, so it must be good. The concept is fairly cool, actually: an espresso maker that's as simple to use as a Keurig. Pop in a pod, hit brew, and in about 25 seconds, you've got yourself a tasty beverage. If you're already a Keurig owner, you can technically buy K cups that are "espresso," but of course they're not quite the same as a real-deal espresso.

The benefit of an espresso maker for writers should be pretty obvious: just about every writer I know drinks coffee or other caffeinated beverages with considerable copiousness. Espressos are good for late night writers because they don't contain as much caffeine as regular coffee, but will give you enough of a boost to keep you running for a while. And of course, if you find yourself at Starbucks at ten o'clock at night forking over wads of cash for espresso after espresso whilst working on your masterpiece, you'll probably save money in the long run owning a Nespresso machine, not to mention the time and energy it takes to make yourself even somewhat presentable and leaving the house to get your fix. 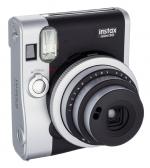 Nostalgia is especially big right now, and this camera pretty much epitomizes nostalgia. It has a great vintage design, and it recaptures the joy of old Polaroid cameras without having to maintain a genuine old Polaroid, or purchasing that company's own retro-modern camera, which leaves a lot to be desired, in my opinion. While the mechanics of the Instax Mini 90 are digital, this is a print-only camera, giving the user a taste of that impermanence and film frugality photographers once knew. There are a slew of nifty capture modes (macro, slow shutter, etc.) to let your inner artiness fly.

You're probably asking, how does a camera benefit a writer? To which I answer, how does a camera NOT benefit a writer? Authors use visual aids in their work all the time, everything from looking up images of locations they're using in a particular story, to referencing photos they themselves took as a point of reference. There's also that exercise of writing a piece based on or inspired by a particular photo (we used to run a contest here at LitReactor based around that very premise). Put your Mini 90 to use in this capacity: create a project whereby you take a single, random photo every week and write something based on what you captured; go out on a photo walk to a particular location, and create a piece based entirely on those pictures; photograph a space you plan to use in a story, and pin the prints onto a cork board in front of your desk, as a constant visual reminder of your story's setting. The possibilities are endless.

I mean, who wouldn't want one? This Star Wars game alone looks like the coolest fucking thing ever, and getting gaming systems, games, and other accessories is a time-honored Christmas tradition. Just ask this kid:

But how could a writer justify owning a VR system? In what capacity could this toy enhance one's writerly output? Well, as Jack Torrance by way of Stanley Kubrick so aptly put it, "All work and no play makes Jack a dull boy." Everyone needs some R&R, and writers are no exception. Sometimes we just need some pure escapism in our lives in order to meter all the stress of working. Just, you know, don't spend TOO much time lost in the fantasy worlds these VR games provide, because then you'll be typing over and over, "All play and no work makes Jack a poor, unproductive schlub."

Are there any other big ticket items you're excited about this year? How might you incorporate them into your writing life? Let us know what you think in the comments section below.