It’s March, and that means it’s Women’s History Month, in which we celebrate the mark women have made on the world. I have fond memories of teasing one of my middle school classmates, a boy, for being born on Mar. 8, aka International Women’s Day — mostly because i was 12 and that stuff was funny back then, but also because it means even at the age of 12, I was aware of this important celebration.

As a woman and a reader, I’d love to share a list of books (some of which I’ve read, many I haven’t), a few of which line up with several important dates on the timeline of women’s history. I hope you’ll join me on this celebratory journey, and check out some of these books! 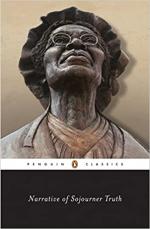 This list starts out hard. I haven’t read this book, because my education in the harsher parts of American history is, honestly, lacking, but an important item on the list of women’s historical milestones is Sojourner’s “Ain’t I A Woman” speech. The speech wasn’t transcribed, but she later wrote a slave narrative, which is what I’m linking. Sojourner Truth was both an abolitionist and a women’s rights activist.

Get The Narrative of Sojourner Truth at Bookshop or Amazon 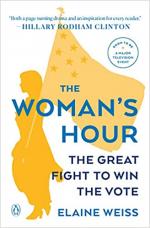 "The Woman’s Hour: The Great Fight to Win the Vote" by Elaine Weiss

I found this on a list of books about women’s suffrage; it’s a nonfiction look at the history of women’s suffrage up to the ratification of the 19th Amendment (which gave white women the right to vote in the US). It honestly sounds really interesting, and I’m inclined to look into it myself

Get The Woman's Hour at Bookshop or Amazon 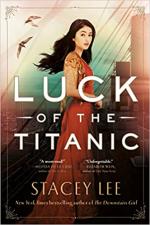 "Luck of the Titanic" by Stacey Lee

Okay, this is fiction, but it’s about a young British-Chinese girl who stows away aboard the Titanic when it leaves London on its fateful journey. Stacey Lee is a fantastic YA historical fiction author, and this book is an absolute ride. It pokes at the way women were treated, the way Chinese people were treated, and the way third-class passengers were treated on the Titanic. It’s a must-read.

Get Luck of the Titanic at Bookshop or Amazon 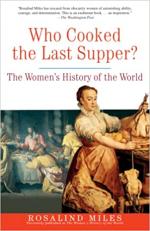 "Who Cooked The Last Supper: The Women’s History of the World" by Rosalind Miles

Okay, the fact that the description of this book says “phallusy” has me wanting to buy it ASAP. Essentially, an overarching look at world history through the lens of women. Yes, please.

Get Who Cooked the Last Supper at Bookshop or Amazon 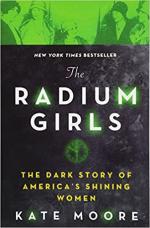 "The Radium Girls" by Kate Moore

Another nonfiction book, this one about the women who sickened after working with radium, a substance they’d been promised wasn’t poisonous. I think books like this are important, not just because they shine a light on one injustice, but because they open our eyes to a different side of history. Due to my high school education, I literally didn’t know that women had real jobs before like the 1960s. They did, and sometimes, it killed them.

Get The Radium Girls at Bookshop or Amazon 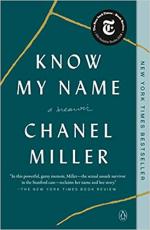 "Know My Name" by Chanel Miller

Y’all. This memoir by Chanel Miller, a young woman who was sexually assaulted by a Stanford swimmer in 2015, is tremendous. It’s heartbreaking and devastating, but it’s on this list because it’s so well-written and because it does more than tell one woman’s story; it really shines a light on America’s attitude toward women who experience sexual violence.

Get Know My Name at Bookshop or Amazon 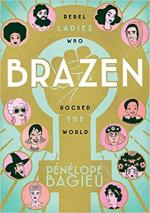 "Brazen: Rebel Ladies Who Rocked the World" by Penelope Bagieu

I first wrote about this book four years ago, and I still think it’s a great women’s history primer; 30 vignettes on women moving and shaking the world throughout the years!

Get Brazen at Bookshop or Amazon 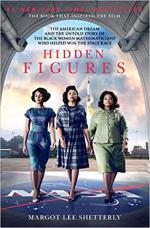 I read this book ages ago, after the movie came out, and though it’s out of my normal fare (a book about math for a girl who hates math??) I found it totally fascinating. It’s a must-read for anyone who wants to learn more about women's' mark on the world; especially women of color and Black women, who’ve been leaving their mark on history, often unsung, for centuries.

Get Hidden Figures at Bookshop or Amazon 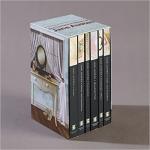 Anything by Jane Austen

I’m sorry, but I refuse to write a whole list about women in history without shouting out my girl Jane. I can’t pick one story, because I love so many of hers, and they’re each world-rockingly consequential in their own right. The fact that to this day we’re still making new adaptations and penning fresh retellings of her tales indicates that there’s something magical about her works. I rest my case.

Get Complete Jane Austen at Bookshop or Amazon 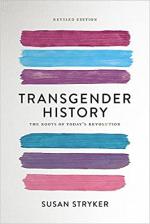 Okay, I haven’t read this one, and I’m not sure whether it’s specifically a look at trans women’s history or all of transgender history, but I really wanted to include a book that would highlight the history of trans women. It has been trans women of color who’ve pioneered queer history and revolution throughout the years, and it felt wrong compiling a list without recognizing that. If you have a better option, do leave it in the comments!

Get Transgender History at Bookshop or Amazon

I could go on. Women’s history is world history. I’m sure I’ve left books out, because there’s only 10 on this list and there are many millennia of women’s history to go through, but it’s a start, I think. Pick up one (or 10) of these books and start celebrating women this month!

The Queer Stories that Saw Me Before I Saw Myself

The Value of Stories Without Romance

How to Keep Your Head Up When Publishing is Hell