From a simple "I can't do it" to writer's block to elaborate excuses why you can't tackle the project at hand to stuff like imposter's syndrome— writers are some of the most insecure people out there. I'm one of them, so please don't think for a second I'm judging you or saying insecurity makes you weak. No, I'm here to try to help. I hate insecurity, so I've developed ways of coping with my own. I'll share them here in hopes they help you slaughter those nasty little self-doubting demons.

1. Do what makes you happy

2. Understand that success looks different for everyone and the path to it is complicated

Don't give in to insecurity. Don't stop. Never surrender.

I have no idea how you define success, but I can tell you one thing: getting there will be painful and complicated. If you accept these things, you'll be happier and less insecure. Things take time, and that's okay. You're going to take some hits along the way. That doesn't mean you suck; it means you're doing things. Keep doing them.

3. Don't compare yourself to others

Sometimes I'm reading a book and I think, "Damn, no way I could ever be this good!" When that happens, I immediately tell myself, "This person already exists and they already wrote this book. Now I have to do my part in my style." Stop trying to be the new someone else and be the first you. Comparisons suck and feed your insecurities. Writing is a battle you fight against yourself, so forget everyone else.

Maybe you can't nail some element of your preferred genre. Well, guess what? There's no genre and there are no rules. Maybe you can't write as fast as someone else or write in the morning like they say you should or you're insecure because they told you your fiction shouldn't be that political or it won't sell. Fuck everyone and their rules. Do whatever you want.

5. Focus on getting better, not on being good

The idea of being good haunts us, so I abandoned it. I don't focus on being good. Instead, I focus on getting better all the time. Every book has to be slightly better than the last. Good is not a destination. Hell, great isn't a destination. In writing, the next book is as crucial as the previous one. We live in an interstitial space between the two. Your goal should be to become a better writer. The fight to be better should help you ignore insecurities, because if you feel like you're an awful writer, you can tell yourself "It's okay, I'm working on it."

6. Remember where you started

Every superstar starts somewhere. That agent, that contract, that movie, that whatever-the-fuck you want will come your way, but it won't happen the third day you show up to work. The road ahead is long and dangerous, but stay on it and you will see good things start to happen. When you feel insecure, look back and remember all you've walked so far. That should give you the push you need to keep going. 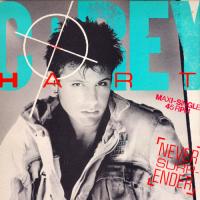 Sometimes I imagine insecurity showing up in physical form. It's a huge monster with nasty teeth that won't let me work because I'm a hack. When that happens, I close my eyes and picture myself pulling at the shotgun that's duct-taped to the bottom of the table and blowing insecurity's head off. Sometimes it's a nasty, malformed beast that holds my legs. I take it outside and beat its brains in with a rock. Whatever works for you is fine. Be as violent as you need to, but kill that thing in your head and get back to writing.

8. Use praise from time to time

People will throw praise your way. Normally you should ignore it. Be thankful for it, but don't let it go to your head. However, hold on to it. When things get dark, pull some out. Someone thinks you're good. Maybe they're right! Keep going.

9. Allow confidence to creep in

Be confident. You've been through some shit. You survived. You can do this. You are doing it. Keep going.

10. Remember you're not alone

Writing is lonely. When you're feeling insecure, tell folks about it. Someone like me will be there to say things like the stuff I wrote above. Someone will share and say they feel the same way. This will remind you you're not alone. We're all in this together, and some of us out here are betting on you to get this thing done. We think it'll be awesome. Don't give in to insecurity. Don't stop. Never surrender.

What do you do to keep the insecurity at bay?

6 Ways to Fall in Love with Writing

The Write Time: 6 Strategies to Make Your Writing Schedule Sacred