The 10 Most Compelling Hitlers in Fiction

Before we get started, let's just be clear about one thing. This is not an endorsement of Hitler, not a loving memorial.

Let's face it, for better or worse or a whole lot even more worse, Hitler made an impact on the world, and the world of books is no different. Hitler's one of the few taboos left. What happens when writers go there? 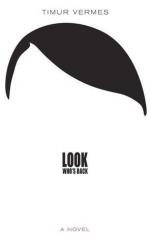 You know how in bodyswap movies they always have to figure out some asinine way to get the bodies swapped? Fortune cookie, pissing in a fountain, whatever?

Well, this is a problem in Hitler books too. How do we get Hitler in another place, another time, or what have you?

Look Who's Back makes it pretty simple. Hitler just wakes up. He's on his back, in a field, and he just wakes up. He remembers everything up to being in his bunker at the end of WWII, and then it's all blank.

Over the course of the book, Hitler is mistaken for a Hitler impersonator at every turn and becomes somewhat of a celebrity. Everyone assumes this is some sort of Borat thing, and people play along. By the time Hitler goes viral and gets his own TV show, his re-rise to power has begun, and people are actually listening to Hitler AGAIN.

A comedy through-and-through, Look Who's Back was even adapted for TV: 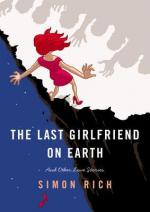 2. 'The Last Girlfriend On Earth' by Simon Rich

Simon Rich explains how he came to write about Hitler:

I spent years trying to write stories about my own [actual] dating experiences, but they always turned out really boring and low-stakes. There's nothing that's been unusual or unique in my own romantic history – it's the same as everybody else's, you know? But for me, when you're in the middle of dating someone, it feels like the fate of the world is resting on every text and every phone call. So I decided, instead of writing about things the way they happened, I would write about the way it felt. Because when you find out your ex is dating somebody new, it feels like she's dating Adolph Hitler.

And that's exactly what happens in the story "Is It Just Me?"

Simon Rich is hilarious, and this book is kind of brilliant. At first, the stories feel like a gross simplifications, stuff like "men be all like this, women be all like that." But when you scratch down further, the whole book is an exploding of emotion, manifesting some of the darkest, strangest, but true crap people feel in relationships. 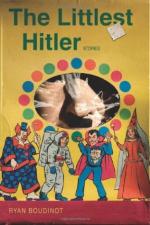 3. 'The Littlest Hitler' by Ryan Boudinot

Granted, this one doesn't have a REAL Hitler, but an impersonation.

Then there's the time I went as Hitler for Halloween. I had gotten the idea after watching WWII week on PBS. My dad helped me make the costume. I wore tan polyester pants and one of his khaki shirts, with sleeves so long they dragged on the floor unless I rolled them up. With some paints left over from when we made the pinewood derby car for YMCA Indian Guides, he painted a black swastika in a white circle on a red bandanna and tied it around my left arm. Using the Dippity-Do he put in his hair every morning, he gave my own hair that plastered, parted style that had made Hitler look as if he was always sweating. We clipped the sides off a fifty-cent mustache and adhered it to my upper lip with liquid latex. I tucked my pants into the black rubber boots I had to wear whenever I played outside and stood in front of the mirror. My dad laughed and said, "I guarantee it, Davy. You're going to be the scariest kid in fourth grade."

The title story in this collection ends up being prescient in a time when we debate the moral values of Halloween costumes like never before. Certainly some readers were turned off by this book's title, but the title story itself takes a great turn when another student shows up to class dressed as Anne Frank, and the voice of a pre-adolescent is dead-on throughout. 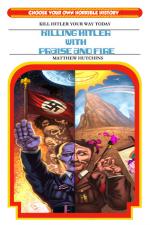 4. 'Killing Hitler With Praise and Fire' by Matthew Hutchins

Hey, if The New York Times Magazine can take a poll about whether people would go back in time and kill baby Hitler, the idea is fairly mainstreamed. Which makes way for the next step, Killing Hitler With Praise And Fire.

It's your standard Choose-Your-Own-Adventure, but in this version, the endings regard different methods of preventing Hitler's rise to power. These options range from murderous (biological weapons) to diabolical (getting Hitler married with multiple children so that he puts his aspirations to rest, much the way many of us buried our dreams of playing professional ultimate Frisbee).

If you're not satisfied to stand idly by while someone else kills baby Hitler or tries to con teen Hitler into thinking art school has a purpose, this is the book for you. 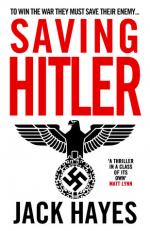 Of course, we've all been subjected to a question about whether or not you'd go back in time and kill Hitler.

But what if you had to go back in time and SAVE Hitler?

This book is the action movie of the bunch with more twists than a Dairy Queen cone of the chocolate/vanilla variety. Action, tension, double-crosses, look-alikes, this thing has it all. 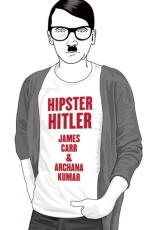 Mostly an attack on hipster culture, the best quality of this comic is seeing Hitler dressed up in little outfits. 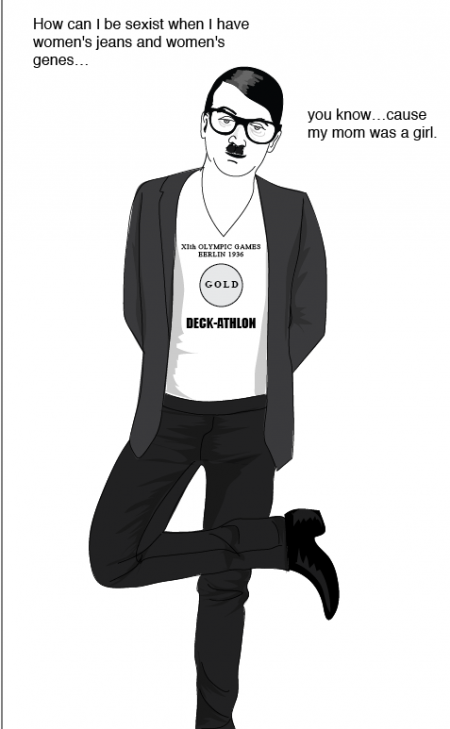 Perhaps this is the real goal. Hitler killed a lot of people, and he also killed the world's ability to pull off a certain kind of mustache. Maybe he can destroy skinny jeans too. 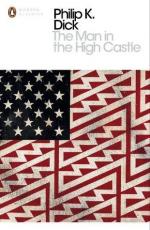 Definitely one of the most famous on this list, The Man In The High Castle won Philip K. Dick the Hugo Award in 1963.

The premise is a Marvel What If? You know, that series with issues like What if Spider-Man joined the Fantastic Four? (totally happened later, was totally awesome), What if Conan The Barbarian Walked The Earth Today? (totally happened, basically, in Hercules In New York), What If Sgt. Fury Had Fought World War 2 In Outer Space? (I don't think this has happened because Marvel is afraid of money).

The Man In The High Castle asks , "What if Hitler had won World War II?

Interestingly, Dick had planned a sequel, but his attempts to dive back into the world of the book were stymied by the research:

I had to read what those guys wrote in their private journals in order to write The Man In The High Castle. That's also why I've never written a sequel to it: it's too horrible, too awful. I started several times to write a sequel, but I had to go back and read about Nazis again, so I couldn't do it. 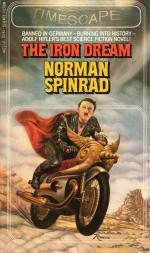 8. 'The Iron Dream' by Norman Spinrad

Imagine this: Hitler, feeling that the politics of Germany are all about talk, no action, moves to the U.S., starts illustrating for pulp sci-fi novels and magazines, and eventually gets into writing himself with his novel Lord of the Swastika.

A gutsy piece of satire, The Iron Dream sets itself up as a reprint of this fictional Hitler's work. The Iron Dream is almost like a book that fell through some kind of cosmic wormhole and ended up on used book shelves in our world. The book even goes so far as to include a fake academic paper at the end. 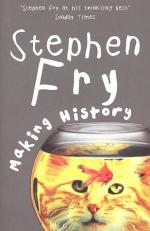 Okay, okay. What if, instead of killing baby Hitler, you could just create a device that could alter history in minor ways? For example, adding birth control to the water supply of Braunau, making it so Hitler was never conceived.

As you might expect, because the book is not 8 pages long, a couple of do-gooders grind up some pills, timewarp the contraceptive dust, and then things go awry when a person even more calculating and cunning takes Hitler's place in history.

This is why time traveling should only be attempted by charming people in strange vehicles doing completely unimportant things. Michael J. Fox in a DeLorean, John Cusack and Craig Robinson in a hot tub. Keep it simple, people. 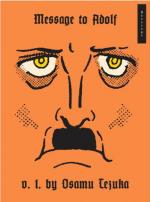 10. 'Message to Adolf' by Osamu Tezuka

Most famous for Astro Boy, Tezuka is the king of Manga. And although Astro Boy is a lighter book where a young robot achieves every boy's dream of having machine guns in his butt, Tezuka has never been one to shy away from bigger topics.

Message To Adolf is part murder-mystery, part alternate history, all Tezuka, but a darker, crueler Tezuka than most of us are used to. If you've never watched an author slap around his protagonists before, buckle up.

Did I miss any? Which one is your, um... favorite?

Joshua Chaplinsky from New York is reading a lot more during the quarantine April 20, 2016 - 11:18am

Enrique Lafourcade's Adios al Fuhrer, which roughly translates to Farewell to the Fuhrer, explores the theory that Hitler escaped to South America. After a couple of decades in South America he decides to try to take over the world again starting with the city of Santiago, Chile. But Pinochet's dictatorship makes it hard for him. This novel hints that maybe this Hitler isn't really Hitler but some guy who genuinely thinks he's Hitler. He even remembers committing suicide in the bunker. It's a great read. I don't know if there's an english translation though.