Bram Stoker was born November 8th, 1847. Then some other stuff happened, then we had vampires. That’s the way it looks to most of us, anyway.

This being Ol’ Bram-ble’s (we’re close, I have cute nicknames for him) 170th birthday, I thought it’d be good to write something about the man. But the last thing the world needs is another column about Dracula. What could I say about it that hasn’t already been said a dozen times over by a few dozen English professors with a couple dozen bored students in front of them?

No, I’ll bore everyone with something new, thanks.

It turns out the Stoke-ster wrote not one, not forty, but 12 novels! And only ONE of them is Dracula.

What’s inside these other books? And which are worth your time? Using a sophisticated scoring system that’s being made up as I go along, we’ll find out definitively which of these books will get you...stoked. [Note: my normal editor is on vacation, so that’s the level of humor you can expect for the remainder of this column.] 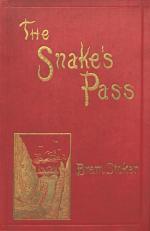 The Gist: A romantic thriller in the gothic style. Basically a dude and a lady fall in love, but there are complications.

Best Reason To Read: Probably the closest thing you’ll get to a Stoker horror novel before Dracula. 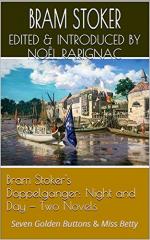 The Gist: Maybe best described as a dark fairytale regarding a love that ignores the boundaries of life and death.

Fun Fact: This book was originally written on index cards. The material was refined for some other Stoker stuff, and it wasn’t until 2015 that the index cards were transcribed and published.

Best Reason to Read It: Because so few others have. If you want to be the Stoker expert in your friend group (and if your friend group is somehow maintained by out-Stoker-ing each other), then this is the one to read. 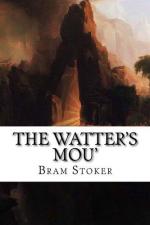 The Gist: Maggie’s father does a little smuggling. Maggie falls for William. It’s William’s job to stop smugglers. “But wait!” you say, “Didn’t you just tell me Maggie’s father is a smuggler!?” There you go.

Fun Fact: The book's title means "the water's mouth" and refers to a specific gorge. At some point, somebody decided "Watter's Mou'" was a confusing name for a gorge, and the name "Watter's Mou'" was changed to "Old Water Moo'." Which makes a little more sense, but not a ton.

Best Reason to Read It: A stormy night, some bad guys and good guys, and love caught in the middle. Pretty Shakespearean if you ask me. 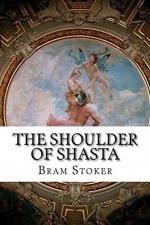 4. 'The Shoulder of Shasta'

The Gist: Romance set in the American West.

Fun Fact: There is a character named Grizzly Dick in this one. Okay, fine. It was written after Stoker toured The United States with Henry Irving, an actor who was a heavy physical and spiritual influence on the character of Count Dracula.

Best Reason to Read It: Because you’ve already read the other classic soda-titled novels such as Dr. Pepper and Mr. Hyde and The Phantom of La-Croix-Pera. Also, it’s pretty short. 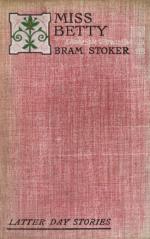 The Gist: A Victorian cautionary tale/romance that...sorry, I fell asleep there for a second.

Best Reason to Read It: Honestly, a lot of critics will say that this book was Stoker’s attempt to appease some audiences after delivering the shock of Dracula. I guess if you feel shocked by Dracula, you could give Stoker a shot at getting back into your good graces. 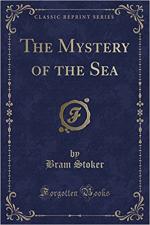 The Gist: A political thriller dealing with the ripple effect of the Spanish-American War and the— Wait, wait, there’s treasure! And psychic premonitions! There’s some good stuff in here!

Fun Fact: In 1901 Stoker was on vacation and met an old woman who supposedly had supernatural powers. This woman was the basis for Gormala, a character with psychic abilities who shows up in The Mystery of the Sea.

Best Reason to Read It: Look all over the internet, all you’ll see is stuff about how this book has a lot of complex themes and is deserving of further scholarship, but everyone is obsessed with Dracula. While one might think that instead of writing about how criminally understudied this book is somebody could just go ahead and study it, it seems that this hasn’t happened just yet. 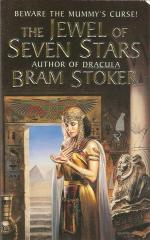 The Gist: MUMMY! THIS ONE HAS A MUMMY! Sound the alarm, Stoker is back, baby!

Fun Fact: William Wilde, father to Oscar, was a hobbyist Egyptologist and shared tales of his exploits with Stoker, possibly inspiring The Jewel of Seven Stars.

Best Reason to Read It: There’s a mummy. And the mummy does some cool, creepy stuff. Let’s face it, the last mummy flick wasn’t what we were all hoping for. Take a hop back in time and see how they did it old school. 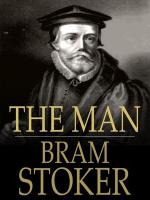 The Gist: Before there was “A Boy Named Sue” there was a girl named Stephen in Stoker's The Man. This one’s a love story of sorts, although there are THREE rejected marriage proposals in pretty short order.

Fun Fact: Sometimes this book is known as The Gates of Life.

Best Reason to Read It: If you’re looking for one of Stoker’s best female characters, you’ll find her here. She's got a man's name, but she presents a pretty nice change-up, at least for two-thirds of the story or so. 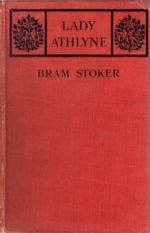 The Gist: A romance. Again. Damn, Stoker! Can’t a fella get a killer monster a little more often?

Fun Fact: The title ends up being a spoiler for the book’s end. I guess that fact isn’t all that fun.

Best Reason to Read It: If you’re studying the concept of the “New Woman” that was being tossed around quite a bit at the time, this one and The Man would be good picks. It’s a pretty interesting concept, and Stoker dabbled in characters that played into the archetype, although his “New Woman” characters were not rewarded for their new womanhood. 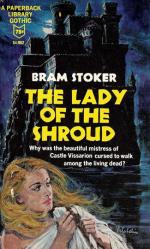 The Gist: A guy gets an inheritance under one condition: He has to spend a year in his uncle’s castle. Yes, this is real. He then falls in love with a mysterious woman who shows up in the castle and is possibly a vampire.

Fun Fact: The book is written in the epistolary style, which is the fancy way to say it’s composed of letters, documents, and diary entries.

Best Reason to Read It: It’s got some supernatural elements with some pretty nice twists. Plus, c’mon, this is the motivation for about half of Scooby-Doo's plotlines. 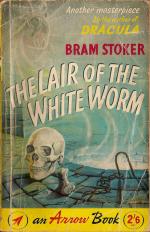 The Gist: Mesmerism! Deadly animal attacks! Murder! A woman tears apart a mongoose with her bare hands! Best of all, there’s an actual giant, deadly white worm. With a lair.

Fun Fact: This one was adapted into a somewhat terrible, somewhat-filled-with-culty-goodness movie in 1988 starring Hugh Grant. Yes, if you've ever wanted to witness Mr. Notting Hill himself chopping down an old woman with a broadsword, this is the movie for you.

Best Reason to Read It: This book made a somewhat notorious list of "The 13 Worst Stinkers of the Weird" published in Rod Serling's Twilight Zone magazine. Others on the list included Dracutwig (a novel about a daughter of Dracula who turns into a vampire whenever she has sex), Count Dracula’s Canadian Affair, and The Vampire Tapes (a trashy book that’s fun if you’re in the right frame of mind). If those sound up your alley, White Worm might be too.

What do you think? Were there any I missed? Of course not! Trick question.