It’s Halloween, so let’s celebrate by reading some spooky stories available online for free. You have no excuse not to take a look at every single one of these. And hey, maybe buy a couple of the books linked below each entry. You can’t go wrong with any of them.

This is probably one of the most reprinted horror stories of all time, and for good reason. Go insane with its tortured narrator and read it here.

Not a lot is known about H. F. Arnold except for the fact that he wrote what is considered one of the most famous stories ever to be published in Weird Tales. Try googling the author, you’re not going to find much information about him. But goddamn could he write. “The Night Wire” deals with two graveyard-shift radio operators and a strange, unknown town in the process of being swallowed by fog. I love the story so much I even reprinted it in my anthology, Lost Signals, but you can read it for free over on Wikisource. 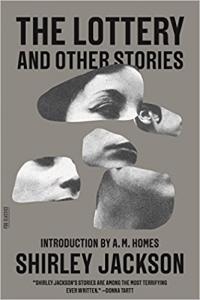 A classic! Even if you haven’t read it, you probably already know the twist. Always a fun story to revisit.

With an ending that’ll leave you feeling haunted years after reading it, Flannery O’Connor’s “A Good Man is Hard to Find” is pretty much perfect. I love all of her work, but this one here takes the cake. Enjoy.

Most people recognize Roald Dahl’s name from the many fantastical children’s books he penned throughout the second half of the twentieth century. You may be surprised to learn that he also wrote his share of adult horror stories, and “William and Mary” might be one of his best. Sharing the same morbid dark humor as Re-Animator, this short story deals with life after death, mad scientists, and vengeful wives. Read it here.

Joe Hill and Paul Tremblay recently described this as “The Ultimate Halloween Story” and it’s hard to disagree with them. I dare you to read this without letting it consume you with dread. This thing gets out of hand—and fast. Read it here.

Prepare yourself for the most fucked-up reimagining of “Hansel and Gretel” you’ve ever read. From the author in a Nightmare Magazine interview:

What drew me to “Hansel and Gretel” was a Yiddish word, “gunsel,” that I happened upon in the dictionary. One of its several definitions went something like, “a youth, particularly a homosexual one, kept by a tramp.” So there’d been a time and place in which tramps commonly kept boys for sexual purposes—so commonly that there was a word for it? I immediately wanted to set a story there, and to tell it from the point of view of a gunsel.

From there I jumped to Hansel and Gretel simply because “gunsel” sounded similar to “Hansel.” Most of the energy of a short story comes from the challenge of fitting two disparate things together, and the idea of cramming a gunsel into the structure of “Hansel and Gretel” certainly gave off sparks for me.

Perfect for fans of Black Mirror. A hell of a blend of horror and science fiction. Prisoners being experimented on by shady government officials. My first George Saunders story but definitely not my last. Available from The New Yorker. 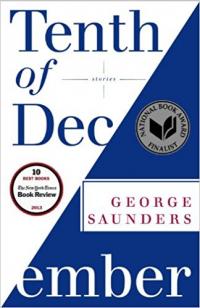 Easily one of the best stories I’ve ever read. There’s no way this wouldn’t be included on the list. Creepy and utterly fascinating. A “haunted film” story like no other. Read it over at Apex.

Did you honestly think this list wouldn’t contain at least one Laird Barron story? Puh-leaze.

Here’s another lengthy story, but also deeply rewarding. It’s rare to find world-building so authentic and disturbing like this. Read it here.

This story is so bizarre and hypnotizing. I don’t really know how to explain it. Machado is one of the best short story writers in the game right now, and she really shines in this tale. Read it here.

This is a very long and depressing yet mesmerizing read. Prepare for your heart to shatter into a thousand pieces. Grab a tissue box and head on over to Tor. 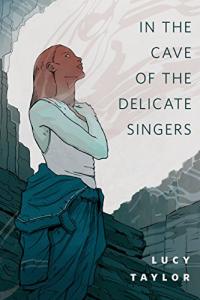 I loved Silvia Moreno-Garcia’s Certain Dark Things, and it’s no real shocker that I also greatly enjoy her short fiction. “Lacrimosa” is a perfect introduction to her work, and a hell of a story. Read it on Nightmare.

Behold, the lovechild of Jeff VanderMeer’s Annihilation and Neil Marshall’s The Descent. Lucy Taylor introduces us to a narrator with a unique form of synesthesia that allows her to feel sounds as vibrations. And yes, as the title indicates, there’s a cave involved. A cave with very tight places. I won’t lie. This one was difficult to read. I don’t do well with claustrophobic horror, which might be why I enjoy it so much. Brought to you by Tor.

When I pitched this list, I knew immediately I would include Alyssa Wong’s story. It’s one I frequently reread and study. It’s haunting, beautiful, and just a whole lot of fun. Available through Nightmare. 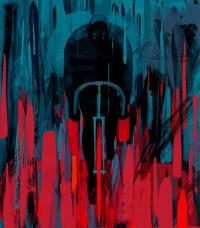 Holy shit, this story was a sucker punch to the gut. Just when I thought I knew where this was going, bam, another hit. I’ve never read Carrie Laben before but now it’s my mission to seek out everything she’s ever written. Read “Postcards from Natalie” on The Dark.

Few sentences have unsettled me more than the opening line to this flash fiction by the immensely talented Brian Evenson:

No matter which way we turned the girl, she didn’t have a face.

What follows is a short, disturbing tale. Read it here.

How could you possibly not adore a story that begins with the following sentence?

At 2:25 a.m. on a quiet Friday night on a deserted country road in southeastern Pennsylvania, the first dead girl climbed out of her refrigerator.

And there you have it! Did I miss anything? Of course! There’s no possible way I could have included everything I wanted. Drop a note below in the comments with your own recommendations. Stay spooky, folks.

12 Horror Novellas to Read on Halloween Night
What Scares You? 30 Terrifying Horror Stories Straight Out Of Your Worst Nightmares

The Holidays Are Here: How to Take Care of Yourself