The 7 Very Best Scenes from C.S. Lewis’ The Chronicles of Narnia

In the immortal words of Andy Samberg and Chris Parnell, we love the Chronic — what! — cles of Narnia. Ever since its fateful beginning as a present to Lewis’s goddaughter Lucy (yes, he named the youngest Pevensie after her — can you say “adorable”?), the series has been capturing the hearts of children and adults alike.

That’s why this year, for what would be Lewis’s 120th birthday (November 29th), we’re going to recap the best, most memorable scenes from each installment of The Chronicles of Narnia. So sit back, relax, and crack open a box of Turkish Delight, because you’re about to get swept up in a wave of fantastical nostalgia.

1. Aslan’s resurrection in "The Lion, The Witch and The Wardrobe"

This legendary moment in the series is preceded by what might be the darkest, most upsetting scene in children’s literature: Aslan’s cruel and tragic death at the hands of the White Witch. Little do poor Susan and Lucy know, as they watch miserably from afar, that Aslan’s magic transcends the Witch’s — going all the way back to before the dawn of time.

Indeed, when the girls turn their backs for a moment, they hear a great crack! coming from the Stone Table where the slaughter took place… and when they turn again, they find Aslan’s body gone. “What does it mean? Is it magic?” Susan frets. Then comes the magnificent roar: “Yes! It is more magic!” Aslan suddenly appears before them in all his golden glory, miraculously revived and ready to take on the evil Witch once and for all.

Anyone who read this book as a child will remember the agonizing defeat of Aslan’s death, followed by the ecstasy of his return. Even if it is some pretty over-the-top Christian symbolism, Aslan’s resurrection is still one of the most purely joyous moments in the entire Narnia series. 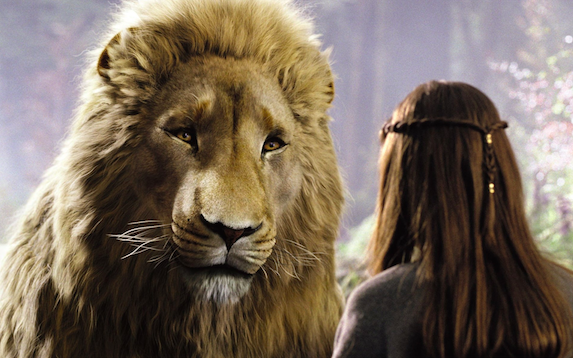 Another scene of magical revelation occurs in chapter four of Prince Caspian, when the young prince learns the history of “Old Narnia” from his tutor, Dr. Cornelius. Keep in mind that 1,300 years have passed in the land of Narnia between these first two books — so by the time the children return in Prince Caspian, their adventures with Aslan qualify as “Old Narnia” history.

In any case, Caspian’s uncle Miraz rules Narnia with an iron fist, having killed Caspian’s father — his own brother — to take the throne for himself. (Hamlet, anyone?) But when Dr. Cornelius reveals to Caspian the magic of Old Narnia, the prince realizes that only he can return the kingdom to its former righteousness and splendor.

With his tutor’s lessons in mind, combined with the fear that Miraz may kill him too, Caspian then slips away in the night — soon to ally with the Pevensie children to save Narnia from yet another tyrannical ruler.

3. The rejuvenating eastern sea waters in "Voyage of the Dawn Treader"

From the annoying Eustace Scrubb to the horrors of “Dark Island” (where nightmares come true), Voyage of the Dawn Treader is no easy read. But all is redeemed once the Dawn Treader, Prince Caspian’s ship, reaches the easternmost waters of Narnia.

Certainly, their approach starts off a little iffy, with Reepicheep the talking mouse jumping ship to belligerently challenge a merman. But Reepicheep quickly gets distracted by the taste of the seawater, which isn’t brackish, but light and sweet. He and the others discover that the water has nourishing, healthful properties — they drink it, regain their strength, and are able to sail forward into extremely bright light without hurting their eyes.

This scene is a delightful example of Lewis turning our expectations on their heads. It also entails the simple pleasure of reading about characters eating or drinking something delicious, harking back to one of the very first scenes in the series: Lucy and Mr. Tumnus sharing tea. 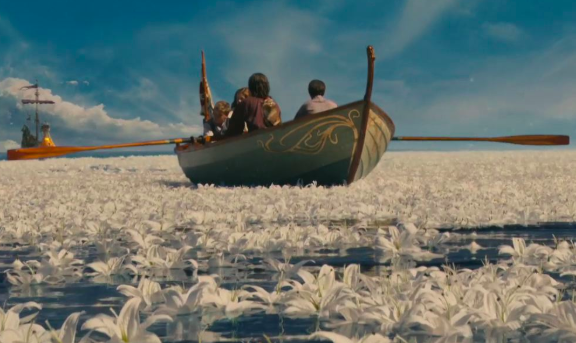 Many have praised this scene as the most inspiring in the series. After Eustace, his friend Jill, and their marsh-wiggle companion Puddleglum free Prince Rilian from his silver-chaired prison, they’re ready to return to Narnia — until the Queen of Underland, Rilian’s captor, arrives to bewitch them all.

She conjures a hypnotic fire and begins telling them that Narnia isn’t real, but all in their heads, and only her desolate underworld truly exists. (She’s like Morpheus in The Matrix, except evil.) Luckily, Puddleglum refuses to submit: he stamps out her fire and proclaims that even if they are making it up, he’d rather believe in Narnia than in whatever she’s trying to peddle.

His impassioned speech restores our heroes to clarity, and they’re able to defeat the “Queen” and return to their glorious land. Again, like the first scene on this list, Puddleglum’s speech contains some pretty heavy religious symbolism — Aslan is Jesus, Narnia is heaven, and so on — but that doesn’t make it any less beautifully moving.

5. Lucy and Edmund’s cavalry in 'The Horse and His Boy'

When Shasta, the titular “horse’s boy” (another example of Lewis subverting our expectations), gets to Archenland to alert its inhabitants of the approaching Calormene army, it seems as though he may already be too late. Indeed, when the Calormenes arrive, a siege ensues — and despite Shasta’s warning, the Narnians find themselves barely able to hold off their enemies.

Enter Lucy and Edmund, the most impressive younger siblings ever to grace the pages of literature. They race down the hill to where the siege is taking place, surrounded by a legion of Narnian animals and soldiers, and start slicing up Calormenes left and right. Without this “here comes the cavalry” moment, Shasta himself might have perished — and then we never would have gotten that marvelous “I am your father” reveal, courtesy of King Lune.

6. The Wood Between Worlds in 'The Magician’s Nephew'

Like Reepicheep’s sweet seawater, this is another scene that’s memorable not so much for its action, but for its splendid description. In The Magician’s Nephew (technically a prequel to the other books), two children named Polly and Digory discover the “Wood Between Worlds” — full of shimmering pools that lead to other mystical realms: some already destroyed, some not yet created.

The wood itself is covered in dense foliage, yet light still manages to penetrate the leaves, giving it a warm golden glow. The water in the pools appears shallow, yet also mysteriously beckoning. In other words, the kids just know it’s a magical place, even before they set foot in any of the Mary Poppins sidewalk-style portals — they can feel it in the air. 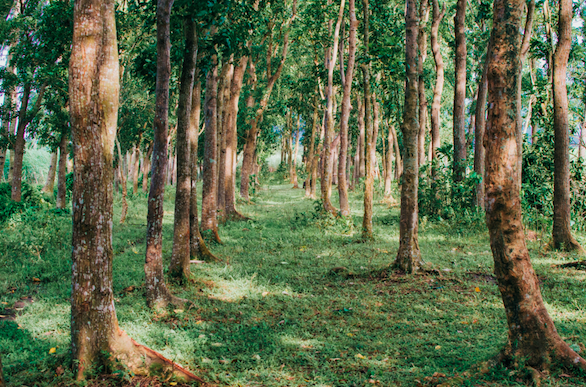 7. The creation of Aslan’s Country at the end of 'The Last Battle'

Just as Aslan creates Narnia in The Magician’s Nephew, so he must destroy it in The Last Battle, when the land falls victim to irreparable evil. But that doesn’t mean that all the creatures and friends of Narnia are gone — instead, the good ones go to “Aslan’s Country.”

If you thought Narnia was really heaven, think again. Narnia was only a temporary creation for the divine Aslan, and his Country is a true, unending landscape of wonder, devoid of any corruption. Lewis describes it as impossibly high mountains with no snow, only “green slopes and sweet orchards and flashing waterfalls, one above the other, going up for ever.”

It’s a spectacular vision, made only slightly disappointing by the fact that we can never go there — but comforting in that all the characters we’ve grown to know and love will now live in Aslan’s Country, and begin what Lewis calls the Great Story. “Which no one on earth has read: which goes on forever: in which every chapter is better than the one before.”

What is your favorite moment from The Chronicles of Narnia? Share them in the comments.

Culling The Classics: The Chronicles of Narnia