The Dreaded R-Word: The Goods and Evils of Rhetoric

Seems like every time I read the news, I see the word “rhetoric.” But what is rhetoric anyway? Merriam-Webster says it is “the art of speaking or writing effectively.” Honestly, I never gave the word or what it meant much thought until I was assigned to teach First Year Rhetoric and Composition at Penn State while I was a grad student there. What a fancy name for “English 101,” I thought. The curriculum centered on guiding student through a series of writing exercises meant to showcase the different ways words could be arranged on a page to make a particular point. When I was in high school and college, we called these “persuasive essays” and occasionally just “essays.”

After teaching a couple sessions of that class, I had a new appreciation for rhetoric. Far from just being used to write formulaic little papers for tired English teachers, rhetoric lived everywhere words were used to communicate a message to another entity. Every news story, advertisement, memo, back-of-a-book blurb, etc. used rhetoric in some way to convince its reader to THINK something, FEEL something, or DO something.

Now some of you in the marketing world might have caught on to my use of jargon in there. When marketing managers and brand specialists get together to figure out how to target certain consumer types and entice them to buy a product or use a service, they talk about what they want each of those consumer types to THINK, FEEL, and DO when they come into contact with the company’s brand, or just how they act in general when making decisions about consuming. I borrowed these terms to make a point about how rhetoric works.

When a writer sits down to write something—almost anything (I’ll talk about exceptions later)—these are the things they consider—either explicitly or not. Rhetoric is using words with selected connotations in deliberate formations to elicit something from the reader—a changed opinion, a fortified feeling, a sense of alienation or of belonging, a desire, etc. It's the ability to influence that gives rhetoric its power, and it’s the writer who can decide how to use this power.

Rhetoric made me do it

This is just a random sampling of some headlines from 1/13/2016 that employ the word “rhetoric.” To look at these, you’d assume rhetoric is a bad thing. It provokes “dings”, call outs, weakness, dismissal, “platitudes and nostalgi[a]” and “genocide warnings.” None of that sounds good.

Ok, let me be honest here: I left something out. When I looked up rhetoric on Merriam-Webster, the first definition they list says that rhetoric is “language that is used to influence people and that may not be honest or reasonable.” It later says that it is “insincere or grandiloquent.” I didn’t want to tell you at first because, frankly, I don’t think rhetoric is inherently bad, and many of the definitions I encountered do NOT throw shade on the term, as the folks at M-W apparently have.

Rhetoric is just a tool, like vocabulary and punctuation and syntax and grammar, which you use to build something. The screwdriver is not bad—but it might be seen as evil if you use it to build a cage. It will be seen in a better light if you use it to build a home. If you look at the synonyms for “influence” (the word M-W uses to define rhetoric), you get a list of words that have negative, positive and mostly neutral connotations.

…and the list goes on… Rhetoric can accomplish all of these things.

In fact, setting the word “rhetoric” in a negative context is a kind of rhetoric in itself. And when I read these headlines, I totally get why people chafe on it. Rhetoric appears here to be a sneaky way to get someone to think something, feel something, and do something. It seems nefarious and underhanded—the audience who’s hearing it doesn’t necessarily know that they are being made to think/feel/do something based on the convincing power of some words. Scary!

The writers of these headlines use the word in such a way that it comes off sounding like a curse. As if rhetoric itself acted as some magic spell set by a warlock on the listeners to coerce them into thinking terrible thoughts. It’s a witch hunt. It’s a paranoia. It’s like, “This person said words to me, I don’t know what they mean, but now I have nightmares and dizzy spells!” Using the word rhetoric in this way makes it seems like the hearer has no agency in how they hear. Sure, the message may have been crafted to influence, but you CAN control HOW you are influenced. They ARE just words. They are NOT a magic spell.

Like those screwdriver sets for sale at your nearby home improvement store (that are ubiquitous on that store’s proposed holiday wish lists), there is a rhetorical device for almost any kind of project. Sure you can pull out the ol’ midsized flathead to tackle 99% of your screwing needs, but it won’t always fit. And you might strip the screw. Or maybe you need a Phillips. If you use the same method over and over, it’s like shoving a bad tool metaphor down the throats of your readers. Every. Single. Time. You. Write. Something.

So let’s go back to the garage and see what our options are. There are MANY rhetorical devices at your disposal. In fact, here is a link to an exhaustive, but not complete, list of them.

There are some that I’d like to point out as being either popular or useful, or both.

And the list, my friends, it goes on. There are so many ways that you can make an argument, and it’s up to you to figure out which ones are the most effective. Good rhetorical style is a skill, that once acquired, could make it seem like the haver does, in fact, possess magical powers. But it IS an illusion. If you look closely, you can see the rabbit in the magician’s sleeve before he appears to have pulled it from an empty hat. 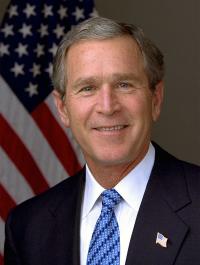 It’s a classic trope—the straight shooter, the tell-it-like-it-is politician, the real deal, the everyman (apologize for the gendered term here, but I used it to make a point). The real magic of rhetoric is to make it seem like you haven’t used any at all. No smoke bombs. No pixie dust. No wands. No lights. As we enter another election year, we are presented with another cast of politicians who trot out different tropes and personalities. Each one wants to appear as not using rhetoric. Each one wants to “out truth” the other by seeming to present only facts. Some are better at this than others.  A politician wants to appear to be avoiding rhetoric. They want to appear trustworthy. I remember people referring the George W. in this way when he was up for reelection. Those other candidates, with their fancy words and book-learnin’, were considered conniving just because of the rhetorical devices they employed. Whereas W.’s linguistic blunders and seemingly off-the-cuff style were felt, by some, to be authentic, without pretense, honest. But, of course, that was rhetoric, too. It all is.

If you want to avoid rhetoric, read an IKEA manual. Oh right, they don’t have words. Read the setup guide for your PlayStation 4. Read a map. Read a procedure. Read a law book. Generally speaking, how-to manuals and technical documents are not trying to convince you to think, feel, or do. They just want to show you how. Which is why they are so bloody boring and generally useless! Rhetorical writing works our brains in ways that purely technical writing cannot. It allow us to engage with the information in meaningful and memorable ways. Anyone who has ever worked in education or learning and development wrestle with making the how-to learnable. And they use rhetoric in that battle. It’s the most powerful weapon of all.