Perhaps more so than any other era in history, present-day America lives under a pall of conspiracy theories run wild. We all know the big ones: the CIA (possibly in cahoots with LBJ) orchestrated JFK's assassination; the Bush administration secretly planned and executed the September 11th attacks against the World Trade Center and the Pentagon (a belief colloquially known as the exclamation, "9/11 was an inside job!"); and most recently, Hillary Clinton and various high-profile Democrats ran a child prostitution ring out of a D.C. pizza parlor (you probably know this one as "Pizza-Gate").

But one prevailing conspiracy theory asserts that every incident mentioned above were not isolated, that they all originated from a single, clandestine organization hell-bent on bringing about the New World Order by any means necessary. It's the Illuminati, of course, the granddaddy of every conspiratorialist's nightmares.

And they're not just behind major world events like 9/11. Rumor has it they control the biggest pop stars and celebrities in the United States as a means of "hiding in plain sight" and spreading their agenda through music and social media influence. Among their purported legion are Jay-Z, Beyoncé, Taylor Swift, Lady Gaga, Kim Kardashian, Kanye West, and Katy Perry (whom it is also rumored began life as JonBonét Ramsey, the slain child beauty pageant queen who, "in reality" did not die, but rather disappeared into an Illuminati reprograming facility, only to re-emerge a decade later as the author of "Firework"). Also, the Illuminati is hardcore in Satan's service.

While belief in such far-fetched ideas continues to be detrimental to our rational society, the Illuminati as a fictional cabal once fueled some great (if not deliciously lurid) novels and stories, all of which utilize the very real, but not exactly influential—at least, in the grand historical scheme—secret society that rose to popularity in Bavaria in the 18th century. Founded by Adam Weishaupt in 1776, the organization sought to promote education, thought, and reason among would-be politicians, in direct opposition to the Catholic-dominated statesmen who created policy based on religious superstitions. The church didn't much like that, and more or less snuffed out the group and virtually all secret societies about a decade later.

Nearly all the works mentioned below rely on the basic conceit that the Illuminati somehow managed to survive underground, with the remaining members expanding their plans toward world domination—a rather fun idea for a work of fiction, so long as the idea stays within the confines of a book. 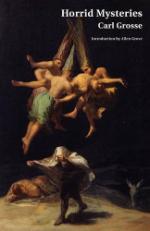 Also known as The Horrid Mysteries: A Story From The German Of The Marquis Of Grosse, also known as Der Genius, this 18th century novel is one of the earliest accounts of an insidious secret society with far-reaching power. While Grosse does not refer to said society as the Illuminati, it seems he did base his fictional group on that of Weishaupt's, given that his organization wishes to achieve world domination via subversion, murder, mayhem, and general political upheaval. (Early conspiratorialists erroneously believed the Bavarian Illuminati played a hand in the French Revolution.) However, rather than a novel of intrigue and suspense, it seems Grosse's tale is little more than a thinly plotted collection of set pieces involving either sex, violence, or both. 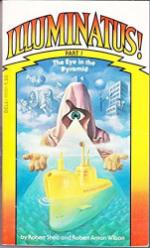 The ultimate irony concerning conspiratorialists is that many proponents of the Illuminati theory will also insist the media feeds the masses daily doses of "fake news" to keep us in line (because, yes, the organization controls the media), but the very concept of the Illuminati as we now know it originated from a counter-culture Playboy writer and a literary prankster who intentionally spread "fake news" about the secret society in the hopes of causing a bit of merry mayhem. These men were Kerry Thornley and Robert Anton Wilson, the latter of whom created, along with fellow Playboy writer Robert Shea, The Illuminatus! Trilogy, a collection of tongue-in-cheek novels that suggest the old Bavarian society lived on after their censure and collapse. Among the ideas suggested within the books: Illuminati founder Adam Weishaupt escaped to America, killed George Washington, and assumed his identity; the organization played a hand in the JFK assassination; and that a European Woodstock festival would serve as a sacrifice sight for innocent victims, with the intended result being the resurrection of hibernating Nazis beneath Lake Skull. On his own, Wilson also authored Masks of the Illuminati and The Historical Illuminatus Chronicles, furthering the mythos of his quasi-factual, mostly made up organization. 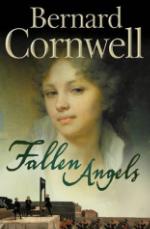 A historical novel involving the Lazenders, a prominent (and fictional) British family, Fallen Angels furthers the conspiracy theory that the Bavarian Illuminati conspired with revolutionaries to bring about political upheaval in France, with designs on all of Europe. The narrative involves a particularly dangerous band of Illuminati agents called the Fallen Angels, who aim to somehow gain the fortunes of the Lazender family in order to fund their chaos-sowing efforts in England. Most GoodReads reviewers rate the novel favorably, praising its quick pace and suspenseful plotting, but for those readers who take fiction too literally, Fallen Angels acts as a conspiratorialist's treasure trove of twisted facts. 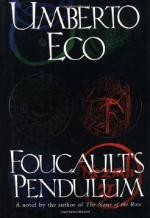 Involving not just the Illuminati but also the Freemasons and the Knights Templar, as well as numerous other secret groups that crop up in conspiracy theories, Eco's Foucault's Pendulum relies upon the same tongue-in-cheek style as Shea and Wilson's Illuminatus! Trilogy, but it also echoes the real-life antics of Wilson and Thornley, in that the main characters—three employees at a vanity publishing press—create a fake secret society called "The Plan," and in doing so, convince numerous conspiratorialists their made-up group is, in fact, real. Unfortunately, the protagonists begin to lose their grasp on reality as well. 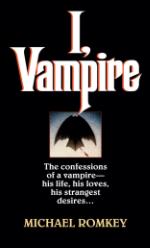 In perhaps the most unique spin on the Illuminati mythos, Romkey moves the secret society away from its bad reputation as a nefarious cabal hell-bent on world domination and recasts them as an organization of peaceful vampires who vow not to take human lives. While Romkey's Illuminati isn't evil, as it is generally depicted, the author may very well be the progenitor of the idea they boast famous musicians among their ranks, including a vampirized Beethoven and Mozart. 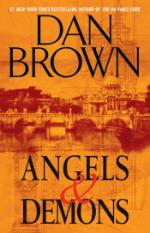 If there's one single book that helped promulgate the idea in the public consciousness that the Illuminati survived into the 21st century and "continued" their efforts to take over the world, it's this one (and latterly Brown's monster blockbuster The Da Vinci Code, the sequel to A&D). Here, the secret society re-emerges from hiding to exact revenge on the Catholic Church for censuring them all those centuries ago. How? By planting a bomb beneath the Vatican, of course, and only Brown's hero Robert Langdon can save the day. 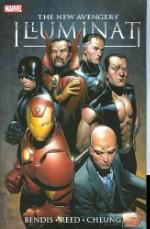 As with Michael Romkey above, writers Bendis and Reed and artist Cheung redefine the Illuminati as a secret society of mutants and superhumans working to empower heroes around the world. This group includes Marvel characters Doctor Strange, Professor X, and Iron Man, among others. As with the real Illuminati, infighting among the members contributed to its downfall (the Catholic church caught wind of the society's dealings via the testimonies of bitter members who defected). 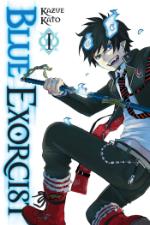 Presenting themselves publicly as the Bright Future Foundation, Kato's version of the Illuminati secretly experiments with radical technology and human-demon relations, specifically, how to force a demon to possess a person. They're also committed to reviving Satan in all his glory so the world might finally be at peace—much like the idea the "real" Illuminati serves the Devil.

Any of these books rank among your favorites? Are there Illuminati-themed novels and fictional works that should appear here? Let us know what you think in the comments section below.