The Rabid Puppies of Pelennor Fields

The Hugo Awards are among speculative fiction’s highest honors, and the winners, announced annually at Worldcon, receive their trophies amid black-tie pageantry and applause from the likes of George R.R. Martin, Connie Willis, and John Scalzi. In other words, the Hugo Awards ceremony is prom night for science fiction writers—and this year it’s going to be a bloodbath. Because behind all the smiles and the fanfare, the 2016 Hugo Awards ceremony is the Battle of Pelennor Fields, and believe me, my precious, the trolls are massing at the gate. Again.

Imagine yourself cozy at home, watching the Academy Awards on television. The dapper presenter announces the nominees for Best Film, with each name accompanied by a clip from the movie. There’s a moment of dramatic tension as the results envelope is opened, and then the presenter says, “And the winner for Best Film is…. None of the above. The Academy voters opted to toss the Oscar into a dumpster fire rather than giving it to one of these nominees.” That happened at the 2015 Hugo Awards. It happened five times.

Now, the “No Award” thing has happened at the Hugos before, so for a little context, here are a few things that happened since the most recent “No Award” prior to 2015:

By doing what they falsely accused the establishment of doing, the puppies actually created the voting bloc that they were supposedly formed to oppose.

Wilson Phillips had #1 hit with “Hold On”.

Filming began for The Empire Strikes Back.

The Balrog in that analogy is a fellow named Theodore Beale. We’ll come back to him.

For the last three years, a group called the “Sad Puppies” has campaigned to save the Hugo Awards. Ostensibly, the puppies began as a form of organized resistance to the “Worldcon establishment,” whom the puppies portray as a fellowship of out-of-touch, liberal insiders who cast their votes based on ideology instead of merit. This fellowship, the puppies argue, colludes to reward liberal “message fiction” while intentionally excluding authors and works that espouse conservative values, and in doing so, have created a Hugos culture that glorifies the academic and esoteric while alienating the very fandom that the awards were intended to represent.

To paraphrase the puppy position: “To hell with –isims, intersectionality, and literary pretense; bring on the one-liners, the bounty hunters, and the bikini-clad barbarian girls!” Put another way, Starship Troopers  > Interstellar.

To paraphrase the establishment response to that: “Tut, tut.”

In 2015, a new puppy power arose, The Rabid Puppies, and their slogan might as well be Hugos delenda est. This splinter group was founded by the aforementioned Balrog, Theodore Beale, a Christian Nationalist who claims women are destroying western civilization with all their promiscuity and undeserved suffrage. He calls himself “Vox Day,” presumably with a straight face. The two puppy factions released similar voting slates, and both campaigned vigorously, aggressively recruiting people to become first-time Hugo voters.

Puppies: “All your Hugo nominations are belong to us.” 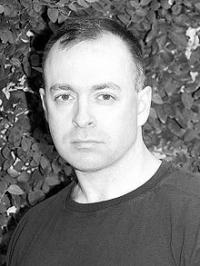 The trolls weren’t just at the gate. They’d knocked the damn thing down.

But wait…What makes them the trolls in this story?

The message announcing the Sad Puppies 2015 campaign claimed the establishment had turned the Hugos into an “affirmative action award” that was given to authors just because they belonged to, or wrote about, an “underrepresented minority or victim group.” This premise is an open invitation to challenge the legitimacy of any Hugo awarded to anyone who doesn’t happen to be a straight, white man. Meanwhile, the leader of the Rabid Puppies refers to women’s rights as an “evolutionary dead end,” and the recipient of five of the eight Castalia House Hugo nominations openly rants against the queer community. It’s a perfect recipe for weaponizing the comments section of articles about Anita Sarkeesian.

But let’s judge the puppy movement on merit rather than ideology: were they right about the establishment putting in the fix? The results suggest otherwise. The puppies racked up the nominations by overtly doing what they’d accused the establishment of doing in secret: collective voting, but the puppy success was contingent on a lack of cohesion among their rivals. Yes, the puppy numbers were bolstered by their voter drive, but nowhere near enough to overcome organized opposition, had there been any, as evidenced by the final ballot voting. For example, “No Award” scored 3,053 of the 5,267 votes cast for Best Short Story, while the closet puppy contender came in second with 874 votes. The puppies were clearly outnumbered by their opponents, but despite this overwhelming numerical advantage, the establishment failed to get even a single short story nominated. Slate voting clearly works, especially when only one side does it.

But doesn’t that landslide on the final ballot prove that the establishment does vote collectively?

It sure does, and that’s the Shyamalan twist to this story: by doing what they falsely accused the establishment of doing, the puppies actually created the voting bloc that they were supposedly formed to oppose. It’s funny, until the self-perpetuating implications set in.

In the wake of the 2015 awards, the Sad Puppies moved away from slate voting in favor of offering a broader selection of suggested works. The Rabid Puppies, on the other hand, have not. The 2016 Hugo Awards ceremony is this weekend, and the unopposed Rabid Puppy slate has once again dominated the nomination process, with four categories comprised entirely of slate nominations, and eight categories that offer only one alternative—two of which only made it onto the final ballot because slate-nominated candidates withdrew.

So, here we are again, at the Battle of Pelennor Fields on prom night.

At the age of ten, Liam Meilleur invented the moon. Later, inspired by Jimi Hendrix, he stood up next to a mountain and chopped it down with the edge of his hand. In 2013, Liam studied the art of telling interesting lies under masters of the craft, such as Neil Gaiman, Samuel Delaney, and Ellen Datlow, at Clarion West. In order to justify smoking a pipe, Liam earned an MFA, and he’s currently pursuing a PhD in creative writing on a fellowship from Binghamton University, where he’s editor-in-chief of the Harpur Palate literary journal. In his spare time, Liam is also a space unicorn, or as muggles put it, a “submissions editor for Uncanny Magazine.”

The Great Hugo Controversy of 2014

Everything You Need to Know About This Year's Hugo Nominees

Sad Puppies and The Goosebumps Rap: The Best and Worst Things to Happen to Literature in 2015

This is really interesting.

I'm not sure where I stand on the voting for something primarily because it comes from an under-represented group. On one hand it actively brings the problem to the table and attempts to fix it, but it also kind of reeks of ... that the work couldn't win otherwise. It's affirmative action for writing.

If the majority of science fiction readers are white and male, and straight, as demographics suggest, then they may just vote for work they can relate to. Simple enough. That does mean all other work, despite being wonderful science fiction, may not get a fair shake at the voting booth.

So, one way to help level the field would be to create a field specifically for under-represented people, but that's a band-aid. The other is to push out work that the majority, as stated above, want more in order to be inclusive, but that too is a band-aid.

And I'm sure there are many other nuances that I'm missing. That is the dilemma, how do we honor the majority and still be inclusive?