Is it a good idea to write a pandemic story in 2020? What about next year or the year after?

One of the things I thought early on as the pandemic played out was that the inboxes of publishers were going to be flooded with pandemic novels and stories. Another thing that hit me was how bad I felt for authors already in the middle of writing pandemic stories.

The New York Times wrote an article about dystopian author Naomi Alderman. She was one of these authors writing a pandemic story before the 2020 pandemic began. She struggled with what to do about it and set the story aside for a time. Ultimately, she decided to finish it.

I ran this idea by a number of authors I know. A few were in the middle of works-in-progress where reality had overlapped into their fiction. One said, how do you write anything scarier than this? The majority of them expressed that they had stopped the work. All of those authors said they planned to restart. It would be tough to admit to others that you were giving up, so who knows what they’ll actually do?

A few readers told me they had no interest in reading a story that reminded them of reality instead of helping them escape it.

Many more authors I spoke to expressed reservations about writing a pandemic story in the near future, if ever. They didn’t want to be just another person in the slush pile of other pandemic novels. A few readers told me they had no interest in reading a story that reminded them of reality instead of helping them escape it. Not all, but others expressed interest in nonfiction details of 1918, but not pandemic or contagion novels.

Authors not even considering pandemic stories were still debating how to address the realities of the pandemic in 2020 and beyond. Do they set their stories in pre-pandemic times where it is business as usual or do they address masks, social distancing, and more in their current day narratives? How do you write a realistic crowd scene in a novel that’s supposed to be taking place now?

We may be moving into a time where these things won’t be a big deal anymore, but 2020 does not appear to be that year, and some experts don’t think 2021 will be either.

How Did 1918 Change Literature?

I wanted to find out what authors had to say about the 1918 pandemic and how it changed them. Not nonfiction accounts, but how it was addressed in fiction. That’s a tough question to answer. The war was addressed far more, both directly and indirectly. The short answer is that it wasn’t addressed much.

Pale Horse, Pale Rider by Katherine Anne Porter in 1939 and One of Ours by Willa Cather in 1922 were two I was able to find. Even those have a little distance from the year the pandemic started. To be fair, if there were examples written far more poorly than these two, it would be difficult for those to survive over 100 years. These days it’s much easier to find every terrible book recently written. My guess is that even an exhaustive search would not turn up many more, because other people have looked and not found much more than I did.

On the other hand, in addition to many nonfiction books on 1918, I found more than 20 fiction novels set during the 1918 pandemic written in the 21st century. There was sci-fi and what would be categorized today as speculative fiction in 1918, but not as many aspiring authors with easy access to publication. We might be tempted to say there was less pandemic fiction after 1918 because there were fewer authors writing stories like that 100 years ago. But is that the case?

In 1910, Jack London, best known for stories like Call of the Wild and White Fang, wrote The Scarlet Plague. It was serialized in London Magazine in 1912 and published as a complete book in 1915. Jack London died before the 1918 pandemic. 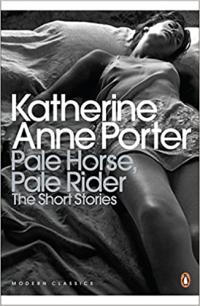 The Scarlet Plague was set in 2073, over a half century after a deadly plague that wiped out most of humanity and all of civilization. That would place the disease around the early 2020s, by the way. The book has a gothic quality to it, featuring a story within the story. An old man tries to explain what happened to boys who have gone feral and tribal. He describes technology and how they tried to fight the disease. In London’s story, everyone believed and trusted the scientists, imagine that, but they still couldn’t stop it. The boys don’t believe the old man’s crazy stories about the past.

There are other stories of man’s apocalyptic destruction pre-dating the 1918 pandemic. Many authors, like Jack London, took their inspiration from the Bubonic Plague of the Middle Ages. The authors of the time had lived through epidemics and smaller outbreaks of cholera and other diseases that shut down streets and neighborhoods in police-enforced quarantines, but nothing like the pandemic that was to come.

There are interpretations of the subtext of The Time Machine by H.G. Wells, about war or plague or both contributing to the fall of humanity, although that’s not clearly specified well enough in the book to settle the debate.

There was not an explosion of this type of literature following 1918. Science fiction and other genres would thrive in time, but there was not a rush to write the great pandemic novel.

What’s Next for Us?

I looked hard to see where the rush to publish might be for pandemic novels in 2020. I expected to see self-published authors posting them up on Amazon as fast as they could. I’m not saying there were none, but I saw no evidence that such works were pouring out.

Most of the pandemic novels I found published in 2020 as of the writing of this article appeared to be works that were in production prior to 2020. The stories seem to follow different paths, without the influence of real-world 2020 events coming into play. These stories may be far better for it.

I looked and I’m not finding the authors who saw current events as the golden opportunity to write the great pandemic story anymore than I could find it following 1918. Maybe that’s still to come. Maybe 2021 or 2022 will be the year, or perhaps authors are waiting to see how it ends first.

It’s possible the same forces and psychology that pushed fiction writers to forego addressing pandemics in their work after 1918 may be at play again now. We will find out in time, but my expectation that authors would be drawn to the subject is not playing out. While there are many differences between 1918 and 2020, history may be showing us that writers are more likely to eschew direct fictional exploration of the 2020 pandemic than we are to run to it.

Buy The Scarlet Plague at Bookshop or Amazon

"I Dream of Mirrors" by Chris Kelso

Bookshots: 'The Blondes' by Emily Schultz