So, this list is highly subjective. I didn’t read every story published in 2015, but I’m trying to read more fiction, not just anthologies, but online as well. I’m constantly blown away by places like Tor, Nightmare, Clarkesworld, Shimmer, Apex…you name it. Where appropriate, I’ve linked to the story, if it’s online, and if it’s in a collection, I’ve included an amazon link. Most of the stories were originally published in 2015, but a few came out in 2014. You’ll see some familiar names on this list, but hopefully a few authors you haven’t heard about as well. Enjoy!

In no particular order: 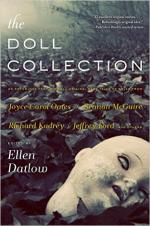 I think what I like most about Stephen’s stories, aside from the heart he puts in a story (no matter how dark it is) is the way he continues to surprise me. In this gripping and horrifying story about two brothers, we are taken to some very dark places, where souls are currency, and life is born in some very unusual ways. You’ll never look at a doll the same way again. And really, picking one story by SGJ, it’s a nearly impossible feat, as I probably could have selected several here. Just read him, wherever he publishes. 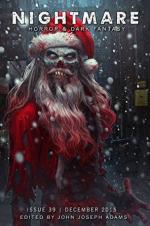 With a title like that you know there will be a betrayal, right? I’ve been a fan of Damien’s work for a long time now, which is why I’m publishing her novel, Paper Tigers in 2016. With this story, what really destroys me is the vulnerability of the children, the ways they talk to each other, the abuse that’s already present in their lives, and the creature that lurks in the darkness. How do we become a monster? And how do we get free of those shackles? This is one story, one way, and it resonates with me still, so much of this story is palpable and visceral in nature. Damien is another author who is prolific, so seek out her work in every possible publication. 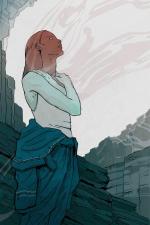 3. “In the Cave of the Delicate Singers” by Lucy Taylor

This story is a long, slow burn, a story that you have to be patient with, in order to get the reward. Essentially a story of discovery, set in a series of caves, we know that eventually something will be discovered, each turn and descent into the darkness giving us a bit more, a hint at what’s coming, but wow, the ending—still a shock and surprise. What I love is the way that we care so much about everyone in this story, and the way that they are undone, the way our protagonist seeks to find, right up to the point of no return. Sometimes in our efforts to help, we only spread the contagion, the disease we spread started with love and earnest hard work, only to turn into something entirely different. 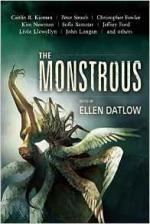 (The Monstrous, edited by Ellen Datlow, originally published in Primeval #2)

I’m always fascinated by ritual, and this story embraces that habit, and adds a layer of innocence to the equation. I’ve become a huge fan of Livia’s work, and I seek it out now whenever I can. A mixture of rural simplicity and surreal grandness, the way this story unfolds, the outcome, the inevitability of it all, the ways that the people see their lives, the violence and rebirth—it’s quite unsettling. And yet, also touching, if that’s possible. 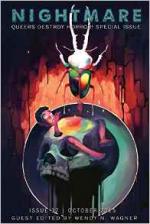 I’ve only read a few of Alyssa’s stories, but every time I dig into her work I am floored. Alyssa briefly helped out at Dark House Press, so I trust her instincts, know that she has a great eye for storytelling, and that it would only be a matter of time before the rest of the world discovered how gifted she is. The layers of mythology and fairy tale in this story, the way that family plays a role, it creates a deep, lush and original world that captivates us from the first scene. I don’t want to give too much away, but this story made me laugh, the magic and dark gifts unsettling, the longing and need pulsing on the page. We prey on each other in so many ways, home is sometimes a bittersweet place to hang our coat. 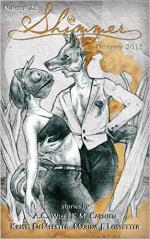 6. “To Sleep In the Dust of the Earth,” by Kristi DeMeester

Kristi is another author I’m just getting to know, but wow, the range on her. This story could very easily have stayed a dark Southern gothic tale, but it’s so much more. I love how she gets the details right, all of the escapades our two young protagonists share with us, growing up in a rural setting, and what they discover out in that lot. Sometimes we lose things, and are eager to find them; sometimes those things, those people, are better off left alone. We cannot bring back something that has been broken already, the scars and fractures reminding us of what had once been, what will never be again. This is a touching story, heartbreaking really, and at the very end we are standing witness, urging the rabbit out of the hat. 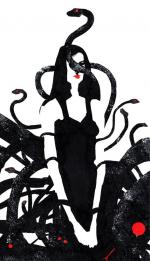 This is the first story I’ve read by Priya, and it was hypnotic and unsettling, while still retaining such heart, and compassion. The metamorphosis of the protagonist, it’s slow in coming, all that more upsetting when it finally happens. We get clues along the way, and certain acts seemed fated, but sometimes family is both a strength and a weakness. There are taboo subjects in this story, which I won’t reveal in order to avoid spoiling things (there are trigger warnings at the top of the page) but those aspects didn’t upset me, blood often thicker than water in so many different ways. This is a powerful, compelling story that elicits many different emotions. 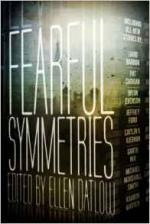 8. “The Atlas of Hell” by Nathan Ballingrud

(Originally published in Fearful Symmetries, edited by Ellen Datlow, and reprinted in Best Horror of the Year, #7, and Year’s Best Weird Fiction, #2.)

So, yeah, see all of those places it landed listed just above? Obviously this is a great story. I’d read a bit of Nathan’s work recently, giving a blurb to The Visible Filth, but man did this story really work for me. So often I see monsters and creatures that are stock—the same old variations, the same old mythologies—but the beasts that we see trickled throughout this story, they’re quite unique, and definitely frightening at times. The way that we experience the dark magic, the totems and objects, it is intense, the history authentic, the plot and fates of our main characters believable, emotional, and destined for disaster. Nathan’s collection, North American Lake Monsters, also got a lot of attention when it came out. 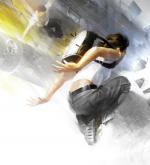 I know, three stories from Tor, but they really are publishing some of the best fiction out there right now. I’m sorry to see them close their doors to submissions, but I’m a big fan, and always will be. John Chu is fairly new to me, and that’s probably because I don’t read enough fantasy and science fiction, but I loved this story. It’s weird, it’s compassionate, the world building layered, but not too much, our main characters unique and interesting, the end of the story a ripple that shimmers out into the future indefinitely. I loved the language, “skunkworks” for example, to describe the pipes that help to set the various realities. I was sucked in from the beginning, and I think you will be too.

10. “There is No Place For Sorrow in the Kingdom of the Cold,” by Seanan McGuire

A second story makes this list from The Doll Collection, and it easily could have been three or more, leaving out Joyce Carol Oates (hard to believe, like she needs the attention, though) for example. This is another story that has its roots in magic, the craftsmanship of the protagonist, the unique way that the dolls are made, created, birthed into the world—so beautiful and yet, disturbing. The mythology, the lyric prose, the love inherent in the making of something special, it’s a hypnotizing read. And while I’ve only read a few of Seanan’s stories previously, this was the story that sold me on her as a voice to seek out, to learn from, and to study.

I hope you enjoy the stories on this list. Visit the websites, and pick up the anthologies mentioned, they won’t let you down. There is so much excellent writing going on these days, I can hardly keep up with it all, but one thing these authors all have in common, is that they inspire me to keep writing, to keep reading, to try and grow, and evolve as an author, editor, teacher, and publisher.

Storyville: Where to Send Your Stories

Storyville: What Do You Have the Authority to Write?

Storyville: Body, Mind, and Soul—Adding Depth to Your Stories

Storyville: How Long Should Your Story Be?

Always love your Storyville editions. I haven't read any of these. Thanks!