The Truths And Lies About An English Degree

High School Seniors: You might be making higher ed decisions right now. Or, you’re supposed to, but you’re reading this instead. I support you either way.

College Students: You might be in the middle of a program. Maybe making a tough decision for the fall. Hope this helps.

Recent Graduates: On one hand, this will be almost useless for you. Bitter experience will provide all of these lessons. On the other hand, you can reconcile the truth now and save some heartache later.

Truth: An English Degree Teaches You To Think Critically

When I watch movies, when I read books, when I experience just about anything, I think about more than a thumbs up or down. It’s just my way, and it’s something I learned in college. And, let’s be honest, from Joe Bob Briggs on Monstervision.

There’s a lot of hoopla circulating about colleges and universities “indoctrinating” students to think a certain way, but that’s not how college went down for me. I feel like I should let you know that I’m from a conservative small town, and while I’m generally a left-leaning guy, I’m nowhere near the bleeding edge of progressive politics.

I learned that there are lots of different ideas and perspectives, and even bad ideas usually contain a kernel of something interesting. I learned how to discuss ideas, even if you don’t like them (or the people who put them forth).

A bad college program, it's the equivalent of Ikea. You walk away with the exact materials and cheap-ass tools that allow you to do one thing. You will come out with a nightstand, but it's nothing to shout about. You'll have the same nightstand as everyone else, and that nightstand isn't something that'll stand up to the rigors of everyday use. A good college program, you walk away with the know-how to build your own damn nightstand.

An English degree don’t impress employers much. I’ve been there, I recognize the value of the degree. But most employers, outside of certain fields, figure that they can hire someone who has learned to think critically AND has web design know-how.

You’ll find a lot of articles regarding tech companies hiring liberal arts majors, business people talking up the value of education in the arts. But I’m just telling you the truth, when you get that English degree, no high-powered executives are knocking down your door.

If someone is telling you that an English degree is highly versatile in the world of careers, question their motives. Whenever I see these types of articles and opinions, they're written by someone involved in a university's English department. Listen to their opinion, and get a second one.

An English degree can make you an effective communicator. It doesn't provide you something worth communicating.

I took a class called World Literature By And About Women. We read a lot of books. By and about women. I might’ve read some of them on my own, but I can just about guarantee I would’ve never read Like Water For Chocolate, which is awesome. I wouldn’t have read The Iliad outside of class, which I enjoyed (tip: get a non-rhyming version). Chang-Rae Lee wouldn’t be on the list without an Asian Literature class, and I wouldn’t have been exposed to the mass decapitations depicted in The Wonderful Wizard of Oz if it wasn’t for an American Lit. class.

You’ll read things you don’t like, too. I read something like 18 Shakespeare plays and enjoyed exactly 1. I took a British Literature class with poetry that I really had to struggle to find value in. But this is an important separation between English majors and regular people: we don't just read shit we like.

Anyone can get online, find a syllabus, and read like an English major. But it’s a pipe dream. You won’t get it done. Besides, it’s really helpful to have a support system when you read Hegel and come into class completely confused. At least with a professor at the helm you might get something out of that crap.

Lie: An English Degree Is Valuable In Business Communications

Nobody cares about the correct use of a semicolon in email. You’ll be lucky if work emails are even comprehensible most times. And...people aren’t wrong to write sloppy emails. It’s a communication tool, and if you get the message, then it’s as correct as it needs to be.

Effective and clean communication is a great skill, but it's not enough. You need to pair it with something else. The ability to write emails “correctly” is not as valuable as the content of those emails. Even if you know grammar inside and out, if you don't understand the technical details of your industry, your know-how isn't all that useful. If you're great at explaining a process to the public, that's a plus, but it's a lot more helpful if you've got the technical skills to add that explanation to a web site.

An English degree can make you an effective communicator. It doesn't provide you something worth communicating. And you need to find or build your megaphone.

Lie: English Is The Only Option If You Love Books

If you dream of having a sweet home library and lots of time to read, major in accounting. You’ll have steady work, you can live anywhere, and you’ll make a good living. Then you move somewhere you can get a cheap house, fill it with books, and bam, you’re golden.

If you want to start your own small press, an English degree would help, but not as much as a degree in marketing.

Book love isn't one thing. Figure out what it is you like about books, what you’d like your relationship with books to be in the long run, and which skills, besides reading and writing, might help you get there.

Truth: You Get Out Of It What You Put Into It

English is a subjective degree, more like an arts degree than something like engineering, where you either know how to build a bridge or you fuck it up and some poor soul plunges into a river.

If you’ll allow yourself to be called a cookie, and if you’d say it’s fair to consider yourself a smart cookie, you can skate through an English degree without much trouble. If you're smart, you can probably get through the program without learning a damn thing.

If you’re going to college to not have much trouble, you’re there for the wrong reason.

Write fiction that exceeds the length requirements if that's what your story needs. Read more than the minimum. Take on the extra credit, even if you don't need the points. One of my teachers made us memorize poems and recite them aloud. I memorized longer ones than I needed to. Because instead of memorizing something that fulfilled the assignment, I memorized something I liked. That’s when I “got it.” That’s when I stopped worrying about grades and getting by and started doing things because I wanted to do them.

An English degree is already of questionable value in the world outside academia. An English degree earned without applying yourself? That’s not only worthless to employers and consumers of your work, it’s worthless to you, too. If you don’t learn anything in college, it’s because you’re not working to your capacity. If you want to take something away from college, you need to make something worth carrying.

Lie: Being A Starving Artist Is Fun And Romantic

You’ll hear this lie from one kind of person: People who are no longer starving artists.

You know how we all make fun of the former high school quarterback who says high school was the best time of his ilfe? The person who romanticizes the starving artist college days is the artsy equivalent of that guy. Trade the football helmet for a fedora, trade the letter jacket for a copy of Ulysses, you've got the same dude.

Being hungry sucks. There were some college days when the cupboard at my place was pretty lean. I sold shit to pay for dental bills. Yes, I had some good times when I was a “starving artist.” But that’s in retrospect, now that I’m okay. At the time, eating peanut butter on graham crackers for three meals in a day isn’t all that fun or romantic.

If you're currently a starving artist and sick of people telling you to enjoy it, you're correct. If you're feeling like college isn't the best time of your life, you're right, it won't be, and that's a good thing. 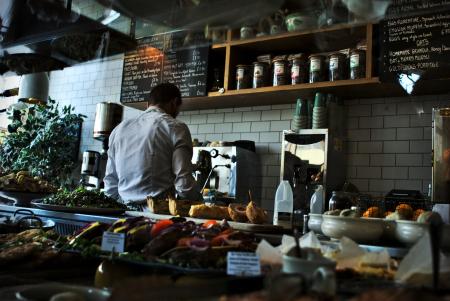 Okay, it’s true, a degree in English doesn’t have a clear and direct path to many careers, and a lot of us have a hard time figuring out where to go next.

At the same time, listen to someone who’s been there: It’s okay to take a learning path that doesn’t lead directly to a career.

People feel like they’re wasting their potential if they get a degree in X and never use it. But that seems incorrect to me. Does someone who serves in The Marines have to do Marine-like work for the rest of their lives, otherwise they’ve wasted those years? Hell, no. They can apply things they’ve learned to whatever comes next, if they choose to do so. They can be proud they’ve accomplished something, and they can use that confidence boost to do something else.

Even if you don’t use your degree to get a job, what you learn might just be what makes your life worth living.

Buy Range: Why Generalists Triumph in a Specialized World by David J. Epstein from Bookshop or Amazon

Seriously Though, Do I Really Need An MFA?

Screw Your Education: Shut Up And Write

I am quite used to reading the new edition but the February edition of LitReactor's Tech and Product is above all. As it is totally based on the technology that we are going to attain. You can follow https://ncube.com/blog/agile-project-management-best-practices-and-methodologies to learn new techniques on leadership. And scientists working on it. Incredible this is.

Lit reaction is a website that has a magazine column which includes a blog on Fire crackers awards. You must join Digital agency NYC to get more new social media techniques. They are giving research articles to the employees for different ideas and perspectives, and even bad ideas. Join their website for more information.

any of those things above will matter if you really love English. I learn it because I love it, it's simple! no need to take it serious like the stuffs in the article. Moreover, in my country, the English degree is valuable in many jobs so it will not be a problem to me geometry dash

In our country asking for "degrees, certificates" is very common, so "lies" abound!

You clear as the the mirror.