The Value of Stories Without Romance

I’ll be the first to admit I’m a sucker for a good love story. In fact, ever since I was a child, I’ve gravitated toward narratives that prominently feature romance. I wanted to see girls fall in love and have their happily ever afters.

I’m not here to say whether that’s good or bad; again, I love a good romance. I love writing them, reading them, watching them play out on-screen, and listening to my friends share their own.

What I am here to say is that we need more stories, specifically for young people, where romance is either nonexistent or a subplot to the main narrative. 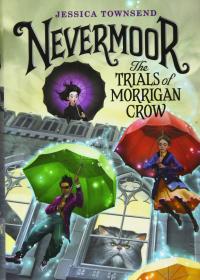 I’m also not here to say those stories don’t exist! I have been reading more middle grade novels lately, and the bulk of them don’t heavily feature romance. A good example is the first book in Jessica Townsend’s Nevermoor series, in which the story focuses more on getting Morrigan safely through her many trials. I haven’t read the whole series, so maybe a romance does show up later, but in the first book, I was pleased to see a focus on friendship and the intrigue Morrigan experiences in her new reality.

I love books where the focus is on non-romantic storylines, in part because of the message that sends: that romance isn’t, in fact, the end goal of life.

To be honest, sometimes I still do believe that second part, even though I know intellectually that it isn’t true.

I think that, if I’d read or watched more stories in my childhood and adolescence that didn’t center on romantic love, I might have had an easier time coming to terms with my own lack of romance in real life. I love that we have movies like Encanto, and books that can show kids that fulfillment doesn't hinge on romance.

I wish I read more non-romantic stories so I could recommend some to you, but the truth is, they’re a little hard to come by, at least in the age categories and genres I read. And maybe the issue is that I’m not really looking, either. Because I really do love romance!

But I also love stories that offer hope of a different kind as well.

Get Nevermoor: The Trials of Morrigan Crow at Bookshop or Amazon

"To All The Boys: Always and Forever" is the Sweetest Ending to a Beloved Series

Dispatch From The Querying Trenches (Part III): Getting Ready

What I Learned at Residency — How to Believe In Myself Again

Good afternoon. I think that you should try one way of writing an essay for a university, college or other educational institution that I have personally tested as much as possible. To do this, you can simply go to https://thebestessays.net/ where you can safely order yourself to write. These guys guarantee you the quality and uniqueness of the writing.