Google around and you’ll find dozens of articles telling you how to write believable characters. Some of the articles might have some helpful advice and some of them might spit bullshit at you. I’m not saying the article you’re currently reading is any better. What I am saying, however, is that if you want to create character arcs that are worth a damn, then you need to go do what every writer eventually resorts to:

You need to plant your beautiful butt on the couch, then turn on Netflix. No, seriously. Stop trying to write. Put a pause on your attempts of being creative. Just, like, go make some popcorn. Maybe open a beer. Sink into the ocean of Doritos crumbs known as your furniture and power on whatever machine you use to view Netflix. No, not Hulu. Not Amazon Prime. Not Pornhub (that comes later). Netflix. But don’t just turn on any old thing. No, I have something specific in mind. Can you guess? No? Well, then you’re pretty dumb. It’s right there in the title of the article. There's even a picture! Please pay better attention.

Kimmy Schmidt is a strong female character because she doesn’t back down. She’s not fighting a hallway of ninjas, but she is fighting the world in her own way.

Unbreakable Kimmy Schmidt premiered early last year to the joy of pretty much everybody. It’s the brainchild of 30 Rock’s Tina Fey, starring the adorable Ellie Kemper. It tells the story of a 29-year-old woman who has lived the last 15 years of her life in a bunker. Not by choice, of course. Nah, she was kidnapped by a crazy pastor and heavily brainwashed. Is this a good time to mention this show is one of the funniest things I’ve ever seen?

A strong character arc must utilize at least three steps. First, our character should be heading in one direction. Then, something changes. Now, the character is heading someplace new.

Unbreakable Kimmy Schmidt begins with Kimmy as a victim of an insane pastor. Those who knew her back when she was a kid now treat her like an alien. They drown her in special treatment and give her whatever she wants. She isn’t looked at as an actual human being.

But this isn’t the life Kimmy wants. She doesn’t want to be an outcast. She just wants to be frickin’ normal, goshdangit. So she flees Indiana and moves to New York City to make it on her own, all while dealing with a heavy case of PTSD.

You can either curl up in a ball and die--like we thought Cyndee did that time--or you can stand up and say, ‘We’re different, we’re the strong ones, and you can’t break us.'

Unbreakable Kimmy Schmidt is the story of a woman forever escaping a bunker, both literal and metaphorical. The first season follows Kimmy as she struggles to make a new life and drown away her past. But it’s not until she learns to accept what has happened to her and embrace her history that she starts to truly shine.

You get to live your life the way you want. That’s the point of not being in a bunker. No one gets to tell us what to do.

Characters are meant to go on journeys. It’s in their DNA. But it’s important to remember that not all journeys are physical--it’s the emotional impact that’s essential here. A perfect example might be what’s considered by some fans to be the best episode of Breaking Bad: season three’s “Fly”, directed by the glorious Rian Johnson (Brick, Looper, Star Wars VIII). For the entire 47 minutes of the episode, Walter and Jesse remain inside the meth lab located beneath their boss’s laundry service facility. A fly has penetrated the lab, and Walter fears it may contaminate their latest batch, so he refuses to leave until the fly has been caught. Walter and Jesse drive themselves crazy in this episode. They fight, they connect, they evolve. This is what is considered a “bottle episode”, a story taking place in one setting, and when handled correctly it can land a bigger punch than the biggest adventure imaginable. 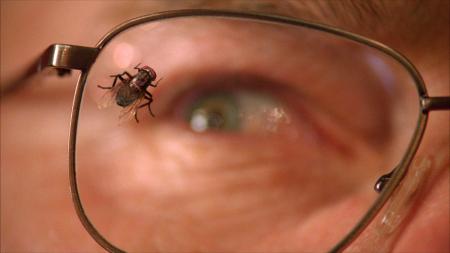 It’s important to remember that journeys happen inside just as much as they do outside. It’s what we take from the experience that matters.

I still believe the world is good, that bunnies are nice, and snakes are mean...that one day Sandra Bullock will find someone that deserves her.

People like to talk about powerful protagonists. We are often critical of our entertainment’s lack of strong female characters. This is a justified critique. Too often, the women in fiction exist only to be saved by men. In Unbreakable Kimmy Schmidt, Kimmy saves herself. It is through her own will that she survives.

There’s a common misconception that strong characters are only strong when they kick a lot of ass. If your character isn’t punching people in the face and shooting down bad guys, then they’re weak and not well-written. This is why, when Jessica Jones hit Netflix last year, everybody lost their shit. Here was a woman who could fight better than most men. She did not take anybody’s crap. But being able to fight, that’s not what makes a character strong--although that doesn’t make Jessica Jones a weak character, she’s just strong for other reasons not often discussed.

Kimmy Schmidt is a strong female character because she doesn’t back down. She relies on nobody but herself. She doesn’t let the jerks get her down. She’s not fighting a hallway of ninjas, but she is fighting the world in her own way.

Unbreakable Kimmy Schmidt is a show about characters fighting back. Take a gander at seasons one and two and study the way each character evolves. And also, you know, maybe laugh a little.

Showrunners: The Authors of TV Land

Kimmy (the character) is amazing and the actor playing her is so good in the role!

But the three other supporting characters are not so good - I think the show would benefit from re-tooling some of them.

The writing is very sharp at times.

It's a good show that could be great, but it's not there yet!