Okay, so maybe the title of his article is a tad clickbaity. These novels are not necessarily about the weather, but weather plays a major role in them. If you care about writing, you've probably read Elmore Leonard's Ten Rules of Writing. The first one? "Never open a book with weather." That being said, we all know rules are made to be broken. Weather can be a crucial part of your setting or even the main element of it. It can also affect plot and characters in many ways. Lastly, as many MFA professors out there happily explain in class after class, it can be symbolic. Despite all this, many authors fail at making weather an important part of their narrative in a truly significant ways Here are, in no particular order, ten that did an outstanding job of it. 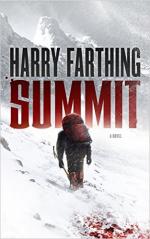 I love mountaineering books, both fiction and nonfiction, and this one mixes elements of both. It takes place mostly on Everest, and that is a place where weather can't be ignored. In fact, a change of weather on Everest can mean a lot of dead people in a relatively short time. Farthing doesn't write a lot about the cold per se, but he writes about the impact that climbing in that cold has on climbers and the way the weather makes the mountain one of the greatest physical challenges a human can endure. 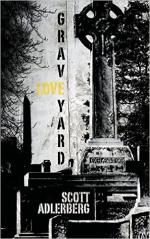 In this wonderful novel, a creepy guy, his awful mother, and a shady lady who comes to the cemetery collide in a dangerous, psychologically devastating triangle. It takes place in the winter, and Adlerberg masterfully uses the cold and ice to give his narrative a dark, oppressive atmosphere that sticks with the reader for a long time after the last page has been turned. 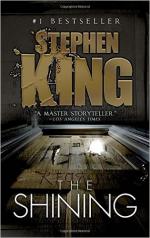 8. 'The Shining' by Stephen King

Say what you will about King, but the man can write about weather. The Shining is now a classic of horror literature, a superb narrative about violence and a crumbling psyche, but when you think about it, the starting point, the reason for being of the whole novel is the weather. It also kind of owes its grand finale to the cold and snow outside the Overlook Hotel. That makes this one a perfect read for those snow days when you can't go out and play.

Buy The Shining from Amazon here. 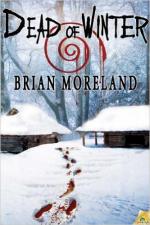 7. 'Dead of Winter' by Brian Moreland

This was the book that introduced me to the work of Brian Moreland and it's still my favorite. An awful sickness, a monster that stalks the frozen woods, and a lot of desperation come together in this one, which is set in a fort deep in the Ontario wilderness in 1878. From the whiteness outside and the howling wind to the frozen bodies and the legends of beasts that live in the extreme cold of the woods, this is the kind of creepy novel that makes its setting the main character while also using it to build atmosphere. 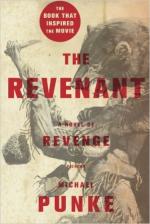 6. 'The Revenant' by Michael Punke

Yes, this is a fantastic movie starring Leonardo DiCaprio that you should watch immediately if you haven't done so yet, but that movie comes from a book. Snow, ice, keeping warm, the importance of fire, and the extremely cold waters of the Missouri and Platte rivers all play a major role in this narrative. Punke even goes into details about the kind of clothing the men wore (the novel takes place in 1823) and which materials are better to keep the wind out as well as which ones dry quicker after being forced to take a dip in gelid waters.

Buy The Revenant from Amazon here. 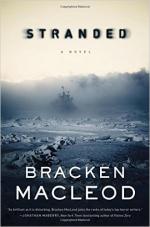 Cold becomes a nightmare in MacLeod's Stranded, which is perhaps the best example on this list of how a story can have surreal elements while relying on something as physical as extreme cold to anchor it in reality. Basically, this is a survival tale about tough men caught in a tougher situation after their ship gets trapped by ice. The cold is so extreme that frostbite and death are constantly a threat. Ghosts are creepy, but dark shadows moving in the periphery of your vision while you shiver are scary on a different, more profound level. 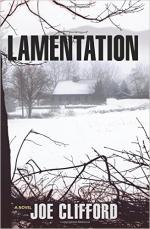 This is a great crime novel that deals with dirty secrets and small-town mayhem and violence, but one of the things that stuck with me is the way Clifford uses weather. Stepping outside when it's ridiculously cold, the crunch of snow under shoes, and even windows and doors opening at the right time to let chilly air into a tense moment are all things Clifford does very well. It all adds up to a narrative in which weather seems to be the ever-present element that keeps reminding you things are not okay and the world is an ugly, unwelcoming place. 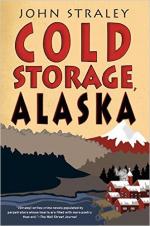 There are a lot of crime novels set in cold countries, but this one from Shamus Award winning author John Straley is special because it mixes a lot of humor with the bad stuff, and because weather is always there, always a bothersome thing, always something to keep in mind before opening the door and leaving the house. Also, Cold Storage is a very small town, and Straley effortlessly touches on the way that living in extreme weather helps shape the people and practices of a place. 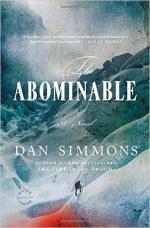 2. 'The Abominable' by Dan Simmons

Simmons could have made this list with this novel or with The Terror, but I ultimately decided to go with this one because the many passages dealing with mountaineering make it an amazing novel about the cold. To be honest, I didn't love the plot and felt that the book failed to deliver on a a very important promise it makes (it's even in the title!), but the truth is it kept me reading happily for almost 700 pages based on the quality of the writing and the way Simmons deals with the passages dealing with climbing and cold.

Buy The Abominable from Amazon here. 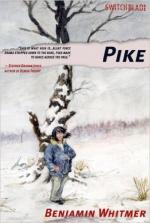 The opening paragraph of this noir classic contains the line "boots crunching through the slick snow in time to his heartbeat, cold and regular in his chest." From there on, the unforgiving coldness of the streets, literally and figuratively, plays a major role in the narrative, which is a hyperviolent tale of love, lust, and revenge. Whitmer is a master storyteller, and the weather he describes seeps into the interior world of his characters in a way that makes this novel one of the best noirs of the last decade.

How about you? What are your favorite reads about cold weather? Or do you prefer your narratives hot?

All great choices. May I offer Cormac McCarthy's The Road? The impact winter and its bone-numbing descriptions were intense.