Summer is the time for road trips, and you still have a few weeks left to stage one before the kiddies go back to school and your boss outlaws midday happy hours. But road trips can get pretty boring until you reach your destination, and even the most musically-inclined of us will eventually tire of our own iPod playlists. Have no fear; this is why God invented audiobooks. Spend some quality car-time with your favorite writers and characters during the journey and watch the endless hours speed by. Amp up the summer fun by matching the theme of your audiobook to your trip. Read on for suggested pairings. 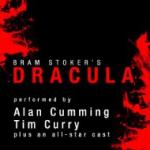 Dracula by Bram Stoker, read by a whole bunch of people (including Tim Curry!)

Everyone has a classic or two they've been meaning to read and never got around to. If your road trip centers around checking items off your bucket list, multi-task by checking off one of those classics along the drive. In the audio department, Dracula has been covered several times, but the latest recording stars a whole cast of narrators, including cult icon Tim Curry. Any audiobook utilizing the voice of such characters as Wadsworth the butler and Dr. Frank N. Furter gets my vote. 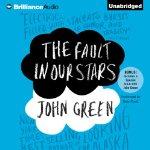 The Fault in Our Stars by John Green, read by Kate Rudd

You're reuniting with college buddies you haven't seen in an embarrassing amount of time. You want to sound smart, but not pretentious. Well-versed, but ahead of the curve. Prep with a text that's the best of both worlds, one of those rare gems that rides the line between commercial and literary. Already being produced as a feature film, The Fault in Our Stars fits the bill. On paper, it looks like a Debbie Downer, but there's lots to love in Green's young adult smash. (Only he could make a story of cancer-ridden teens fun.) Enjoy Green's masterpiece in the car on the way to the reunion and be grateful your teen years had less to be angsty about than Hazel's. 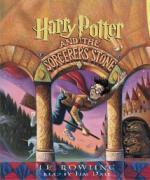 Any of the Harry Potter books by J.K. Rowling, read by Jim Dale

A trip with kids is especially difficult. If you can't stomach hours of tween tunes or incessant complaining, you'll have to pick a book that the kids will enjoy. To keep yourself entertained at the same time will be the trick. Enter the kidlit crossover. Most people on the planet have probably read the Harry Potter books, but have your kids? And have they listened to it on audio? Jim Dale is a flawless narrator, and his British accent will lull even the most reluctant of teens. Take a look at the books and you'll see there's enough material to get you across the country and back. A couple of times. 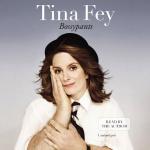 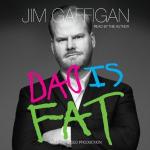 For the ladies: Bossypants by Tina Fey, read by the author

For the gents: Dad is Fat by Jim Gaffigan, read by the author

Ah, someone's getting married and you're taking the bride/groom on a bachelor/bachelorette weekend trip. Or you got a permission slip for a weekend away from the kids with your guy/gal pals. (Okay, I'm tired of all this him/her crap. I'm sticking with her for brevity's sake. Dudes, just know I'm talking to you too.) Whether you're headed to the beach or to a casino, to a wine bar or a strip bar, comedy will set the tone. Laughter bonds people, and you're sure to get lots of laughter out of either of these books, especially since they're narrated by their comedian authors. 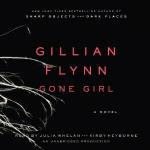 I know what you're thinking. A romantic getaway calls for a romantic novel, right? If you can get both partners on board, then a nice steamy romance—or even some erotica—could be the ticket. But since I'm a chick and don't get into either of those genres myself, I thought I'd play it safe and suggest a book that, while it centers around a relationship and is more about that relationship than anything else, is also about murder, deception, and the price of love. And since it's been on the bestseller list pretty much every week since its debut, you and your partner are both guaranteed to get into it. If nothing else, it'll teach you to appreciate each other. And that's romantic indeed. 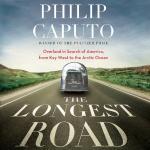 The Longest Road by Philip Caputo, read by Pete Larkin

Nothing's a better mood-setter for a good ole-fashioned RV trip than a good ole-fashioned travel memoir. Told through the lens of the author's own cross-country trip pulling a small motor home, The Longest Road covers 16,000 miles of Americana, from the tip of Key West to the wilds of Alaska, but focuses on the people as much as the places. No matter where your RV takes you, the author has probably been there. And oh yeah, the author has a Pulitzer under his belt. No biggie. 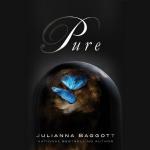 Heading to a music festival this summer? Or to the local Comic-Con clone? This post-apocalyptic story of the actual classism and allegorical racism following a worldwide atomic disaster will get your blood boiling for the excitement of your destination. The moral quandaries raised in the story provide fodder for philosophical conversations with your car-mates, so that you can all arrive at the event closer than ever. Or royally pissed off at each other. Either way, at least you'll be entertained in the process. 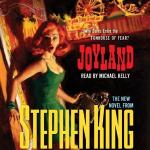 It's a dark and stormy night. You're driving on a deserted highway that seems to have no end, and there's not another soul in sight. Perfect time for a scary story, right? If you're making a long solo trip through uncharted territory (uncharted to you, at least), get in the mood with a good horror audiobook. Written by the king of horror himself, Joyland revives King's old-school horror style through a story combining two of the genre's classic elements: murder and an amusement park. You'll find yourself checking every shadow you pass. But at least it'll keep you awake.

Any of these audiobooks will make the scenery go by a bit faster, but this list is just a sampling to get the audiobook newbie started. Find lots more suggestions at AudioFile, a magazine specializing in audiobook reviews and awards. Check out their best-of lists and their Earphones and Audies Award winners for more quality content. And if you have a great suggestion, let me know—I have a trip of my own coming up!

Tiffany is a young adult novelist represented by Annie Bomke Literary Agency, and operates TJ Writeography, a freelance editing and writing service. Tiffany lives in Atlanta with her husband, dog, and two (sometimes three) kids. When she's not glued to her Apple family or chasing things around the house, she likes to read, crochet, play piano, ingest vast quantities of Cadbury eggs, and marathon Buffy the Vampire Slayer reruns. Find her at www.fictiffous.com and on Twitter at @Fictiffous.

TripLit: Who Am I? Love Letter Edition

Bookshots: 'Why I Don't Write Children's Literature' by Gary Soto

Bookshots: 'Both of Me' by Jonathan Friesen

Just listened to the audiobook of Dracula this summer while riding my motorcycle.  I never could get through the print book, but it was terrific in audio form.  The voice acting is top notch and it's interesting to hear everyone do a different version of Van Helsing's voice.  A great listen.

Thanks for the comment bryanhowie, and p.s. I totally agree!

I don't mean to nitpick, or to become "that guy", but the image for 'Fuse by Julianna Baggott' seems to say 'Pure'. What's going on there?

Edit: Two seconds after posting, I actually bothered to run it through Google. Now I understand. Ignore me; I are stupid.

Zackery Olson from Rockford, IL is reading pretty much anything I can get my hands on August 14, 2013 - 1:35pm

Good picks. I'd also recommend "Dune" read by a cast of multiple narrators, "The Midnight Road" by Tom Piccirilli and read by Donald Corrin, "Donnybrook" by Frank Bill and read by Tom Stechshulte (unless you're taking a trip to or through southern Indiana), or "Solaris" by Stanislaw Lem and read by Alasandro Juliani. Those are some of my favorites.

Thanks Zackery! I nearly included Dune actually, but figured I was getting too long-winded. :) Thanks for adding some great choices!