What Does It take to Get a Job in Publishing?

In the summer of 2012, I got an internship at W.W. Norton & Co., a privately-owned publishing company in New York City, known for their anthologies and critical editions. To a girl who grew up reading books in a small town in Pennsylvania, moving to the “biggest” city (Philadelphia was the “big” city) to work in books was the most exciting dream-come-true. I had just finished my junior year of college, spent a semester living in France, and was now embarking on what I planned to be the beginning of the rest of my life.

My internship was wonderful—I worked in the production department of the company, where I learned about how books were made, both physically and digitally. I wasn’t a coffee-girl. I worked on a variety of tasks, such as digital projects where I learned some HTML to help with an ebook version of a textbook they were revamping. I learned how to use inDesign and set pages. I was shown how to color-check covers, fact-check and organize photos for cookbooks, and invited to sit in on meetings and listen to how the list was built for the upcoming year. The whole summer was a dream come true. I left New York City with big dreams and an even bigger stack of books.

I worked hard, did everything “right”, and began my journey toward post-graduate success when I started applying to publishing and writing jobs.

I returned to my college and my senior year. I spent the fall semester writing my thesis (I majored in French, which was like being an English major...the only difference was that I read, wrote papers, and analyzed literature in French). I also began my job hunt. I knew I wanted to be in NYC, and my heart was set on joining a publishing company in any role they’d have me. I applied for months to any magazine or publisher I could find, and only received rejections and invitations to interview with Norton. Still, I was thrilled, because I loved the people I had worked with in production and believed in the company and the books they published.

Time after time, I applied to a job, interviewed once or twice, and then was ultimately rejected. Sometimes, because I wasn’t able to start soon enough, most times because I didn’t have enough or the right experience. I was only applying to entry-level jobs, and the people at Norton knew me and could vouch for me (at least within their company). I tried for two years. From September 2012 through January 2014, I applied over and over again, with almost no response, not even rejection emails. I was devastated. And I had no idea what to do.

Finally, I found a job in New York City. It wasn’t my dream job, but I liked and believed in the company, and thought I’d be able to learn enough and get enough experience to move up from the customer experience department into marketing or creative. At this point, I had given up my dream of working in a publishing house, but thought I’d maybe be able to move into a writing or creative role someday within another company. I also began writing for an online magazine geared towards twenty-somethings, called GenTwenty. I spent almost two years in customer service, working hard, doing well, and trying to learn as much as I possibly could.

There was no room for growth at my company, though, and I was burnt out. From about six months into working on the customer service team, I tried to find a job elsewhere in the creative field because I wasn’t thriving in customer service. I don’t think I ever received so much as a rejection email in the year that followed. I did “freelance” write, and I use quotes because I was writing articles for websites for free. I also started taking a writing class at Gotham Writer’s Workshop, which helped me realize I wanted and needed to be paid to write, and I decided I should go back to school for my MFA. I believed the time spent getting my Master of Fine Arts in writing would help me build the skills, confidence, and connections I needed to succeed in the publishing and writing world.

I applied to eight schools, was accepted to two, and moved to California to pursue my writing. In the two years I spent in my graduate program, I spent my days reading, writing, and trying to find industry-related internships and part time jobs that would complement my education. I spent four months working on an editorial team, learning about copyright and online media, until our little company was bought by Amazon and our department was reconfigured. They didn’t need interns. I participated in as many activities on campus as I could, from attending author readings to helping found a literary magazine, which I became the managing editor of for two years. I worked hard, did everything “right”, and began my journey toward post-graduate success when I started applying to publishing and writing jobs in April 2018, a full five months before I was set to graduate. 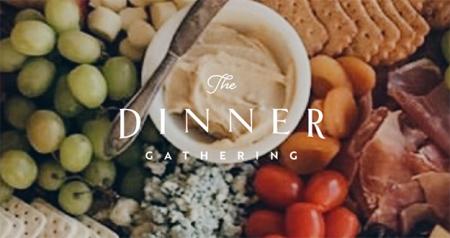 It has now been over a year since I applied to my first post-graduate job, and I am still searching. In February 2019, I moved to Los Angeles to be in a larger, more creative city, and have seen a slight uptick in job application responses, though no offers have come through. As of this time, I have six years of experience writing, editing, blogging, working on social media, read an average of one hundred books per year, and I’ve even launched my own passion project, a food-focused literary magazine called The Dinner Gathering. I’ve begun freelancing more and more, writing and editing, and even found a proofreading gig for a small independent publisher here in LA.

I’ve applied to hundreds of jobs in the last year, reached out to everyone I know, and I still feel like I’m coming up short. What does it take to get into publishing, these days? One editor’s advice was this: I need more experience, the kind of experience you get on a job, and most likely they [the small indie publisher] would not be the ones to hire me to get that experience. What kind of catch-22 is that? How much more experience can I get? I’m taking online classes to learn the digital side of marketing, I’ve got a Master’s degree in writing... Sometimes I feel as though I have to start my own publishing company just to be able to work as an editor. Recently, I began cold-emailing people who have had interesting (or even just similar) career paths as the one I am trying to build. I find connections on LinkedIn, ask if I can buy them coffee, and wait for a reply. Over and over again, the feedback I get is that I need to network, I need to find the right fit. I see jobs posted all the time for things I would happily and successfully do, but here I am, seven years later, still applying to entry-level jobs with no success.

So, for now, I’m focusing on my writing—if no one will hire me, I will hire me—that sort of thing. Along with my freelance copywriting, editing and proofing, I’ve started pitching to more companies, networking, and really building up my writing community. I’m not giving up, I’m just changing my path. And I will continue to support writers, continue reading new titles, new genres, and new authors. I will continue writing.

Marina Crouse is an emerging writer living in Los Angeles. Originally from the Philadelphia area, she moved west in pursuit of her MFA in Creative Writing, promptly fell in love with California, and decided to stay for as long as she could. When she is not reading or writing, she is testing out new restaurants and running the online literary magazine, The Dinner Gathering.
Follow @marinacrouse

Unfortunately nothing is owed to anyone in this industry. Everyone is a writer nowadays. The market isn't flooded it's drowning. More and more people are looking to work in this industry because the media has everyone convinced that publishing is some get-rich-quick opportunity. In reality even doing everything right doesn't always work.

In my experience you have to go with the flow. Take the odd jobs. Celebrate your successes and move on from the hundreds of rejections. Focus on the good and try to distance yourself from the bad.

Find your specific voice and your special strengths. Polish and strengthen your best assets so no one else can do what you do as well as you and run with that. It's not good enough to just be good anymore we have to be phenomenal or we get the shaft. (I'm still working on this myself haha)

I know it’s been a minute since you wrote this, but I just found this and wanted to comment.

I really feel for you. I moved to New York in August 2019 after earning my master’s degree in Book Publishing. I had four publishing internships on my resume (none paid). I got a lot of interviews, but didn’t land an offer. Until last November. It was a dream come true. Unfortunately, my experience was less than ideal. I was bullied at work. After all the years I put in to get a job in publishing, and here I was, miserable. I chose to leave.


I don’t know what the solution is. I have a friend who has been trying to get a job in editorial for over 6 months and can’t land anything. I have, at this point, lost hope in the industry. It’s an industry that doesn’t really value its employees. Even after doing everything “right” I ended up back at square one.

Just know that you’re not alone.